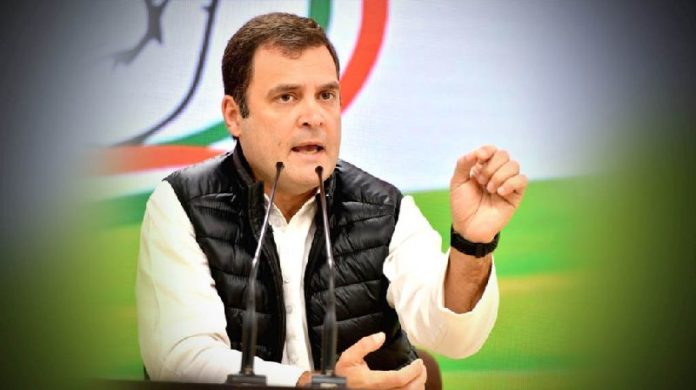 Speak up for farmers to scrap farm laws: Rahul Gandhi

New Delhi:  Ahead of the eighth round of talks between the farmers and the government, the Congress leaders on Friday appealed to the people to speak up for the farmers.

Rahul Gandhi tweeted in Hindi, “Peaceful protest is a part of democracy, our farmer brothers and sisters who are protesting are getting support from the nation, you also raise your voice and join your voice with them so that the farm laws are scrapped.”

Former Deputy Chief Minister of Rajasthan Sachin Pilot also tweeted in Hindi and said “To raise voice against these farm laws brought by the Central government, it is our duty to raise our voice so that the demands of the farmers reach the egoistic and insensitive BJP government.”

The farmers’ protest has been going on for the past 44 days at the Delhi borders and talks with the government have remained inconclusive so far.

The eighth round of meeting on Friday is being held a day after the farmers held the tractor March on the Eastern and Western Peripheral Highway on the Delhi borders in which over 5,000 tractors and trolleys took part.

The farmers have been demanding the repealing of the three farm laws and guarantee of the minimum support price (MSP) for their produce.

The seventh round of talks between the farmers and the government remained inconclusive on January 4.

The government has said that it is ready to make amendments in the three laws, however, the farmers are adamant on repealing all the three