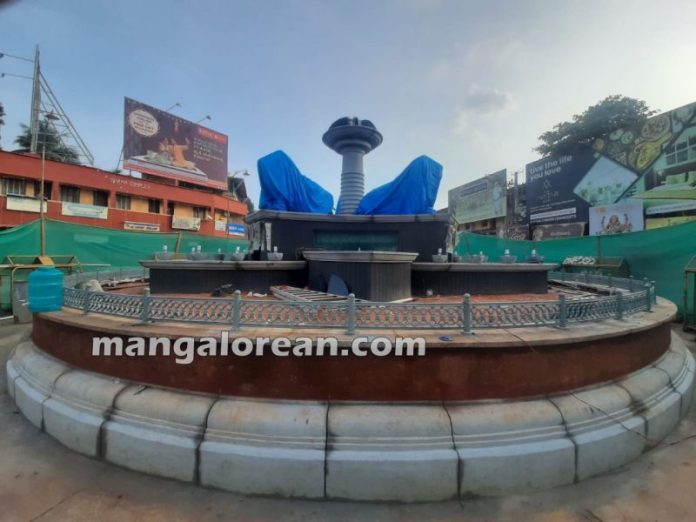 Mangaluru: The much controversial circle earlier named Lady Hill Circle for decades, which had several objections from activists and the general public to retain the original name, however, due to not much support, the Mangaluru City Corporation went ahead and decided to rename Lady Hill circle as ‘Brahmashree Narayana Guru Circle’, paying tribute to Sri Narayana Guru with a life-size statue at the circle named after the social reformer. 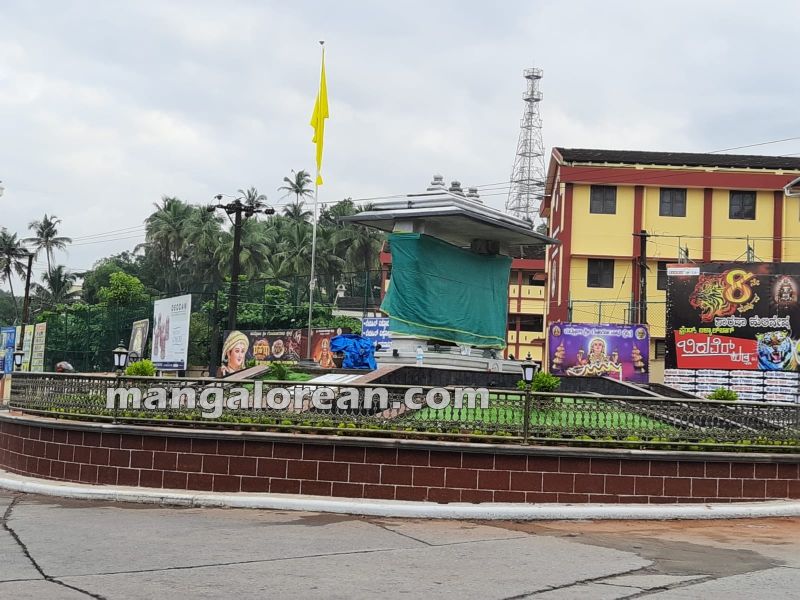 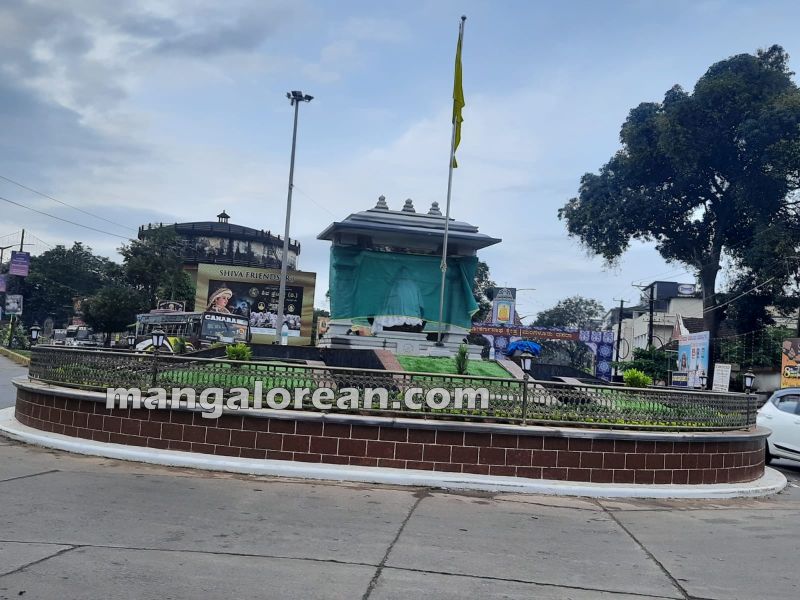 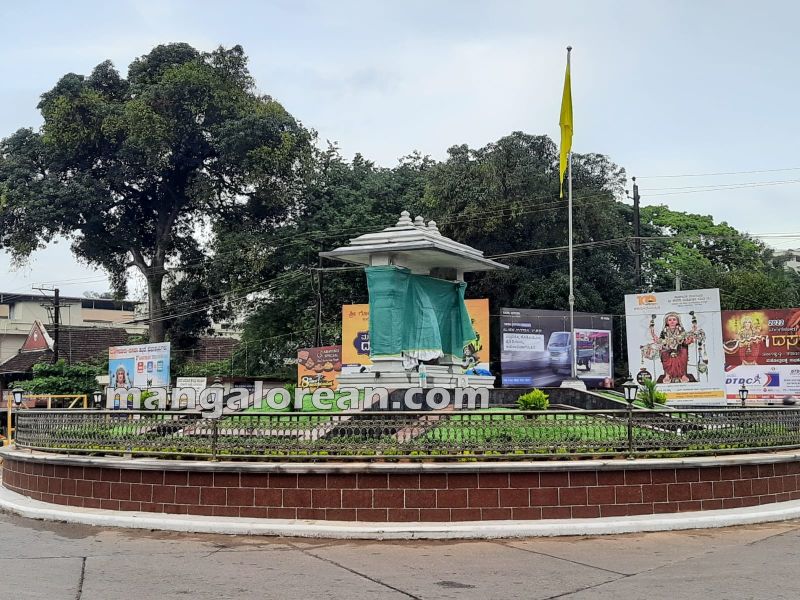 A four-foot copper statue of Sri Narayana Guru in a meditative position is installed in a mantapa with pillars made of black stone. While the statue was made by artists in Mangaluru, the stone pillars were made by artisans in Karkala. The Circle has a garden area and a fountain. A few months ago, while laying the foundation for the new circle, Kannada and culture minister V Sunil Kumar said the project will manifest the ideologies of Sri Narayana Guru who visited the coastal city. “As per the visions of Sri Narayana Guru, there should be harmony in society. The statue of Guru will be installed at the circle and all work is expected to be over before Navaratri,” he had said.

SRI MANGALADEVI CIRCLE to be INAUGURATED TODAY at 7 pm:

The Mangaluru Smart City Ltd (MSCL) as one of their Smart Projects has completed the nearly Rs 40 lakhs under a grant from Union Bank of India, ‘Sri Mangaladevi Circle’, and which will be inaugurated at 7 pm today ( 3 October) The circle will has three lions, which is popular as the vehicle of goddess Mangaladevi and water will flow from the mouth of lions erected in three directions. A light flame is also installed in the middle. Greenery and light in the form of diyas are also installed. 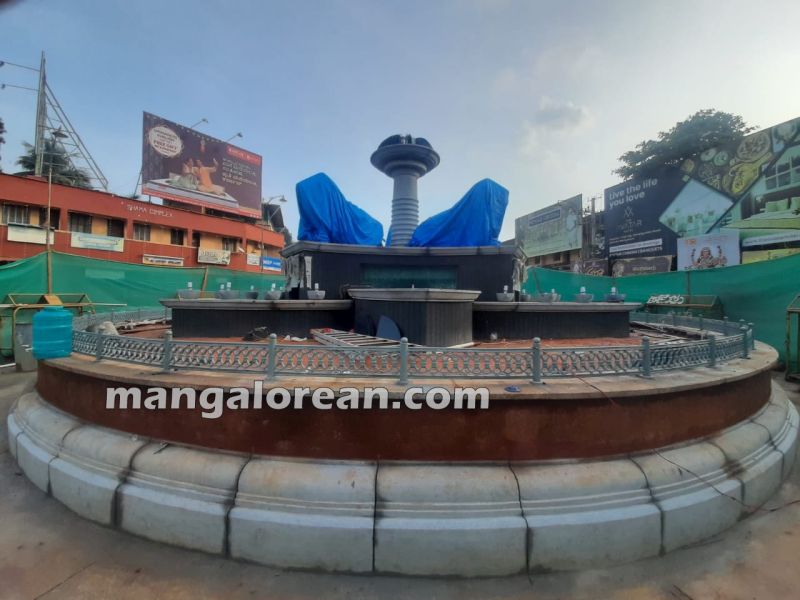 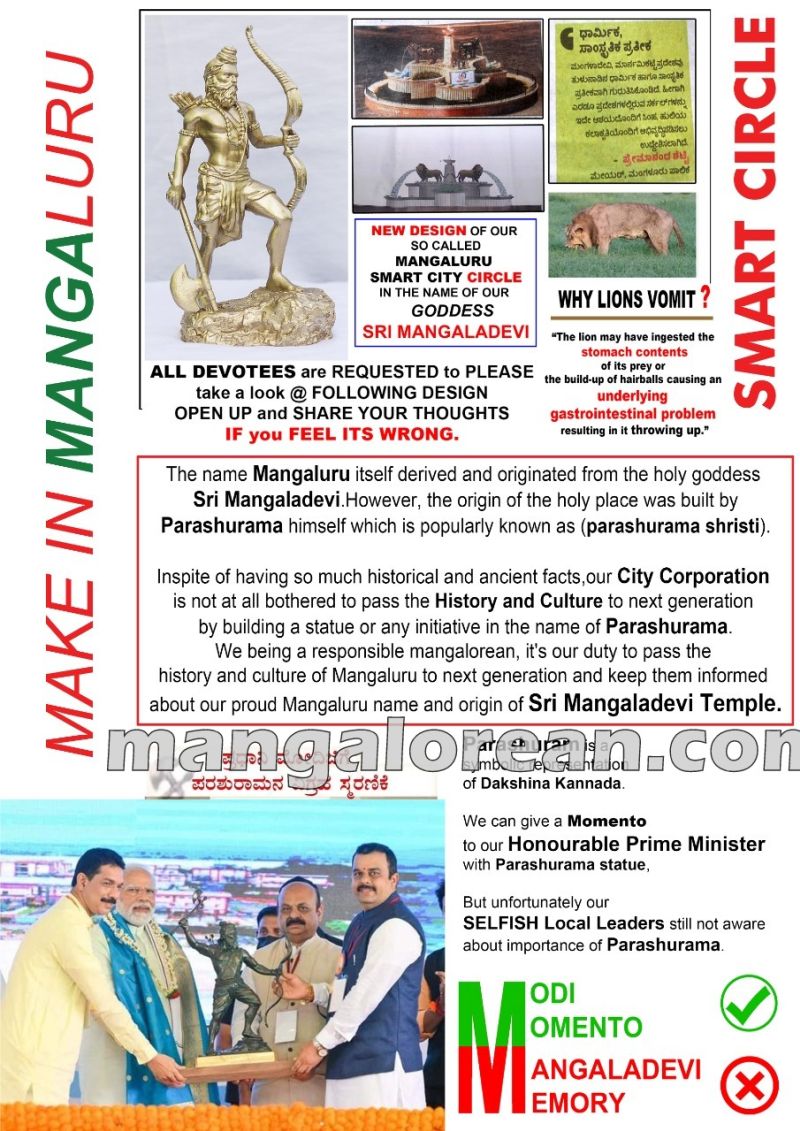 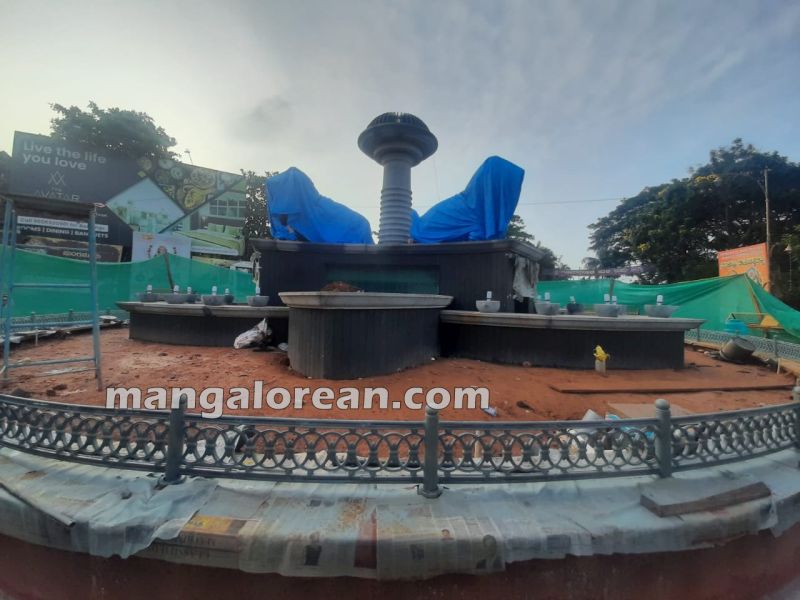 Meanwhile, a few netizens from that area had raised their voice for not giving more prominence to Parashuram, who is a symbolic representation of Dakshina Kannada. In their poster that was circulated on social media, it was mentioned – “The name Mangaladevi itself derived and organized from the Holy Goddess Sri Mangaladevi. However, origin of the Holy place was built by Parashurama himself, which is popularly known as ‘Parashurama Shristi’.

“In spite of having so many historical and ancient facts, Mangaluru City Corporation has not bothered to pass the History and Culture to the next generation by building a statue or any initiative in the name of Parashurama. We being responsible Mangaloreans, it’s our duty to pass the history and culture of Mangaluru to the next generation and keep them informed about our proud Mangaluru Name and origin of Sri Mangaladevi Temple”.