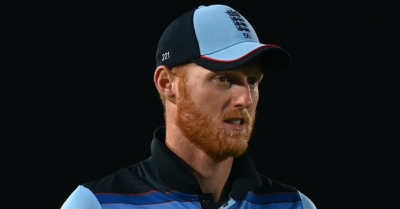 Birmingham:  The England and Wales Cricket Board (ECB) was forced to hurriedly assemble a makeshift squad to take on Pakistan in a three-match ODI series after a few players and support staff tested positive for COVID-19 and the rest of the players had to go into isolation.

However, the second-string side has done quite well as it comfortably won the first two ODIs against Pakistan, surprising stand-in skipper Ben Stokes with the way they have adapted to the situation.

Stokes says their good performance has shown how the “consistent messaging of how England want to play in limited-overs cricket has rubbed off on those outside the national squad”.

Said Stokes: “I was thinking about this the other day. When I got sent through the squad, I read through and even though it is a last-minute thing, I thought we had a strong and talented squad and I knew we’d be able to compete against Pakistan.”

“But it would be a lie to say I wasn’t surprised how easily we have done it. That is just credit to everyone who has turned up here,” Stokes told media.