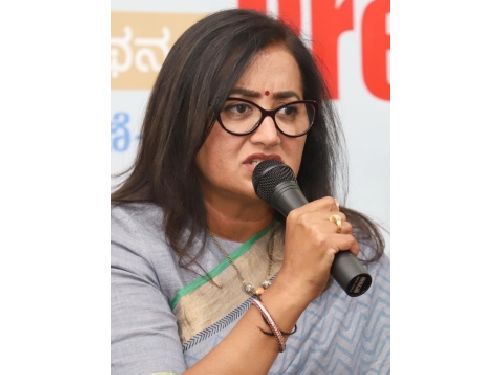 Bengaluru:  Karnataka’s lady MP Sumalatha Ambareesh, who faced insulting remarks for raising the issue of safety of the Krishna Raja Sagara (KRS) dam due to illegal mining, seems to be in no mood to settle down even as former chief minister H.D. Kumaraswamy hinted at burying the hatchet through a post on Twitter.

Earlier Kumaraswamy, while reacting to the issue of safety of KRS dam had stated that Sumalatha should be sleeping at the entrance of KRS dam to ensure safety. Ravindra Srikantaiah, a JD(S) MLA even dubbed Sumalatha as “anti-national” and maintained that she made unnecessary remarks over public property such as dams.

Meanwhile, the fight between independent MP Sumalatha and Kumaraswamy spilled out onto the streets as her supporters launched protests condemning verbal attacks against her as “demeaning” and “humiliating”. The fans of her late husband, an actor turned politician Ambareesh, are also planning to start protests from his ‘Samadhi’ (burial ground) in Mandya city.

Sumalatha herself reacted strongly against personal attacks on her and made it clear that she won’t budge. She even visited the Baby hill region where illegal mining is said to be happening. Sensing the trouble, Kumaraswamy tweeted on Sunday that he would focus on other burning issues of the state and does not want to be dragged into the matter any further.

However, Sumalatha reacted that, if anyone is planning to dump dirt on others, their hands will get dirty. She made it very clear that she will continue to carry on with the ‘Save KRS’ campaign and stop illegal mining in the region. Sumalatha had also stated that she would visit the KRS dam soon, which is expected to turn into a high voltage drama between her and JD(S) workers.