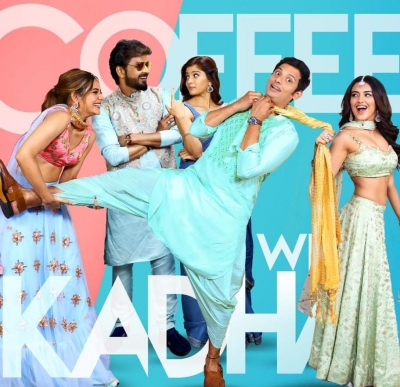 Initially, the film was expected to release on October 7. However, the makers have now officially announced the film’s release date as November 4.

The romantic-comedy with a big star cast revolves around three brothers.

“The story is based on their romantic relationships, their family bonds, and the problems that erupt between them,” Sundar C had said during the audio and trailer launch of the film.

There are six female leads in the film, which has eight songs in all. Samyuktha, Raiza Wilson, Divyadarshini, Malavika Sharma, Aishwarya Dutta and Amrita Iyer play the female leads. Each of these characters helps the story progress, the director had disclosed earlier.

The film, which has been produced by Sundar’s wife Kushbhu’s Avni Cinemax and Benzz Media’s ACS Arun Kumar, is to be presented by Udhayanidhi Stalin’s Red Giant Movies.