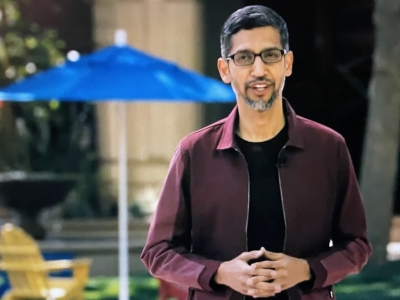 London: Alphabet and Google CEO Sundar Pichai has warned that free and open internet is under attack globally and several nations are restricting the flow of information.

In an interview with the BBC, he said that many countries are restricting the flow of information, and the model is often taken for granted.

He didn’t refer to China directly but said: “None of our major products and services are available in China.”

Pichai made it clear that the responsibility of steering the future of the internet should not be an onus of an individual “but rather a collective think tank that plots the course forward while taking into account the foundational pillars of the free internet”.

He said that artificial intelligence is more profound than fire, electricity or the internet.

“I view it as the most profound technology that humanity will ever develop and work on. You know, if you think about fire or electricity or the internet, it’s like that. But I think even more profound,” he was quoted as saying in the report.

In an executive order signed last week, US president Joe Biden called for the restoration of net neutrality regulations.

“Big providers can use their power to discriminatorily block or slow down online services. The Obama-Biden Administration’s FCC adopted ‘Net Neutrality’ rules that required these companies to treat all internet services equally, but this was undone in 2017,” the order read.

In the order, “the President encourages the FCC to restore Net Neutrality rules undone by the prior administration.”