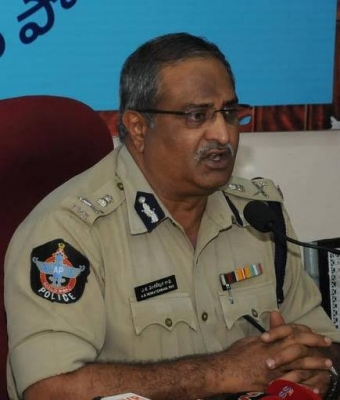 He wrote this letter on Sunday but it was shared with the media on Tuesday late night, in which he stated that he never faced any allegations.

“There was no case or enquiry pending against me while I was kept without posting or salary. It is a matter of record that I never faced any allegations or enquiries and never had an adverse ACR in my 30 years long service, serving under various political governments,” said Rao.

After allegedly denying him salary and a posting for seven months, Rao said the government suspended him on February 8, 2020, following an enquiry into an alleged aborted procurement of certain equipment.

“Along with the suspension order, a massive media campaign was undertaken by certain organs of the state by way of passing to the local and national media, unsigned and unsubstantiated wild allegations like treason etc against me and members of my family,” alleged Rao.

The suspended IPS officer presented more details pertaining to the case and requested the association to convene a general body meeting to take decisions to intervene in the issue in a way deemed fit.

“I am not seeking any favours from the association but seeking attention as it is only a case of harassment by the government, without an iota of evidence, against an officer for their own nefarious ends,” he highlighted.

Rao observed that he is only seeking a fair and impartial enquiry in the light of a fellow officer allegedly being humiliated and hunted by the government of the day.