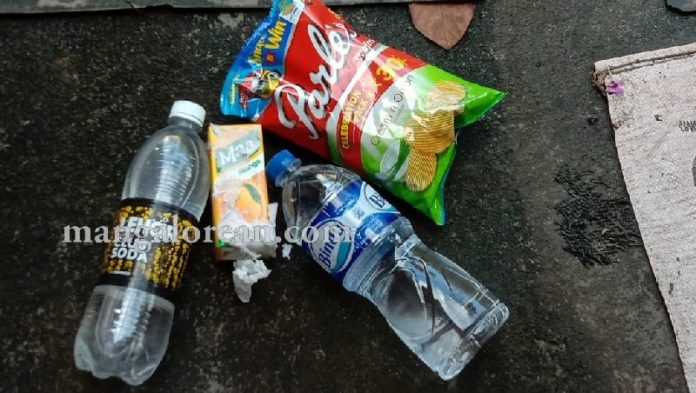 angaluru : Each day or night they come in high end cars like Mercedes, Audi, Jaguar, BMW, also top branded Indian cars to buy their favorite natural flavors of Ice Cream at ‘Natural Ice Cream’ parlour located near Kadri Pumpwell, on Kadri Road near to Bharath Beedies Pvt Ltd- and in spite of these folks being well educated, and many of them being stinking RICH- but one thing for sure is that they haven’t learnt to keep the surroundings clean by not littering. While many organizations, including Ramakrishna Mission had tried their best in keeping the City clean, unfortunately on the other hand we have the best cream of the society littering the area with ice cream cups, fast food wrappers/carry bags etc etc- how can we look forward for a Swachh Mangaluru, when even the educated and the rich don’t cooperate in keeping the city clean. 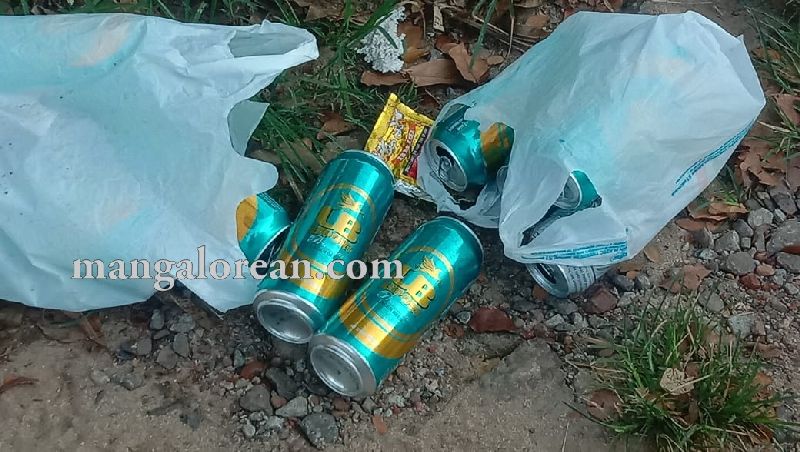 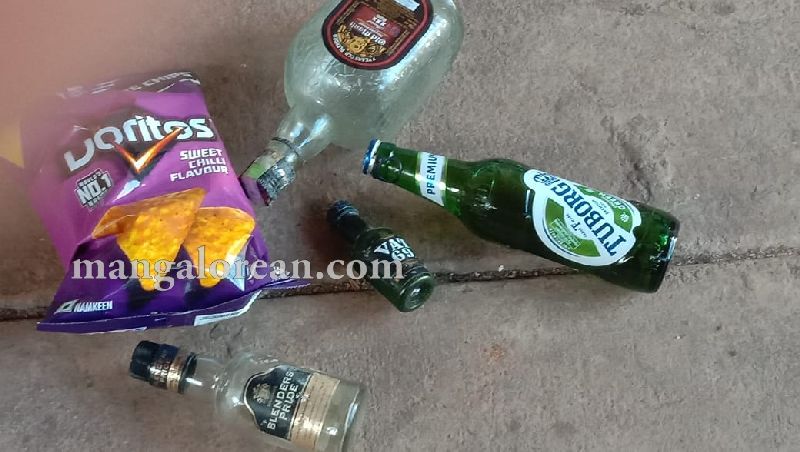 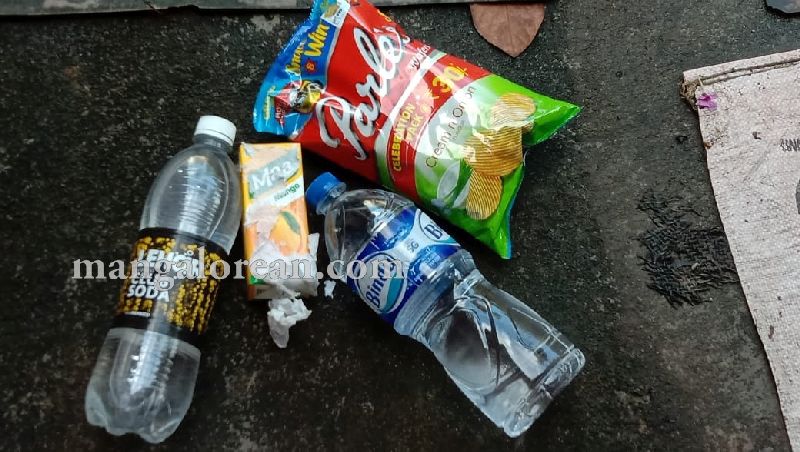 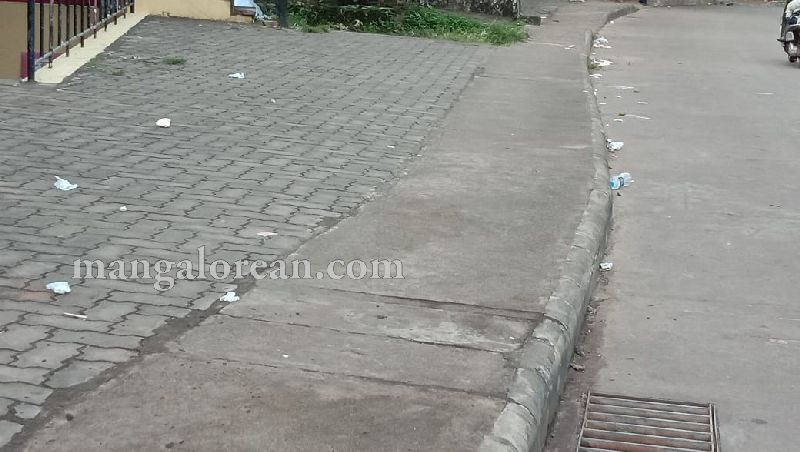 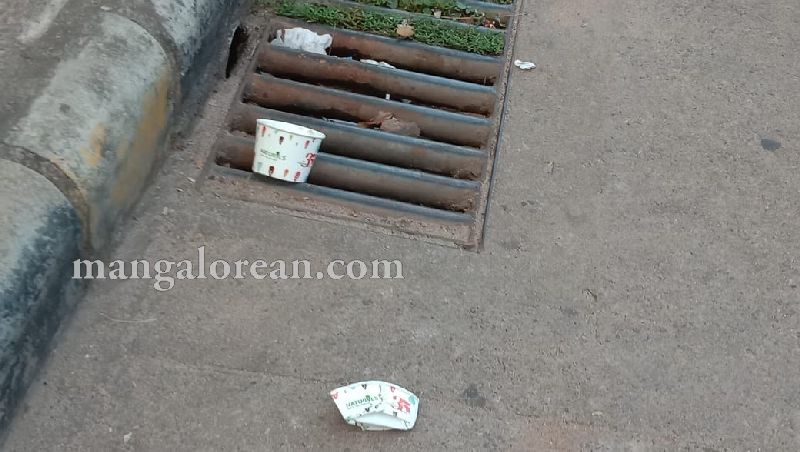 Every night when I take my dogs for a walk, since I live very close to this ice cream shack, I have witnessed the customers predominately teenagers and adults, who after enjoying their delicious ice creams throw away the empty cups wherever they feel like- and the surrounding area is filled with thrash of empty ice cream cups every night-until the next day morning when the poor MCC lady had to do all the cleaning work. Attention all you educated people- ” Your mama doesn’t work for MCC to clean up your mess?”. Because we Indians like to blame the MCC or the govt for everything even for simple etiquette’s like not throwing garbage around. Littering by the poor and underprivileged is understandable to some extent, but here in the so called great country of ours even the rich and educated public do not hesitate to dump garbage in public spaces. 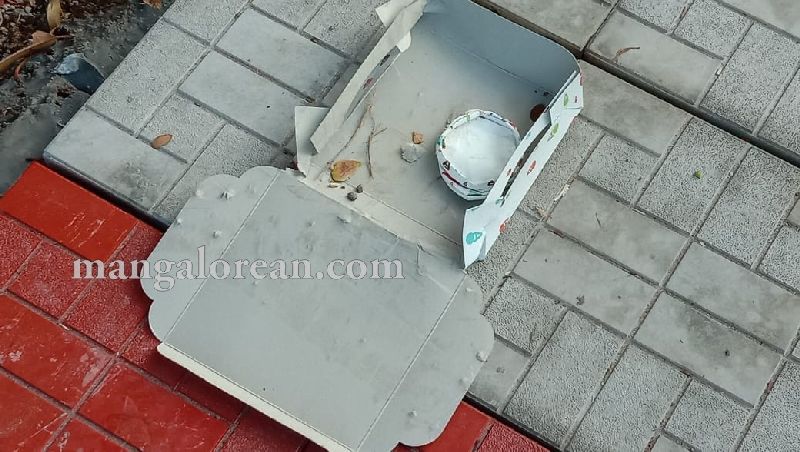 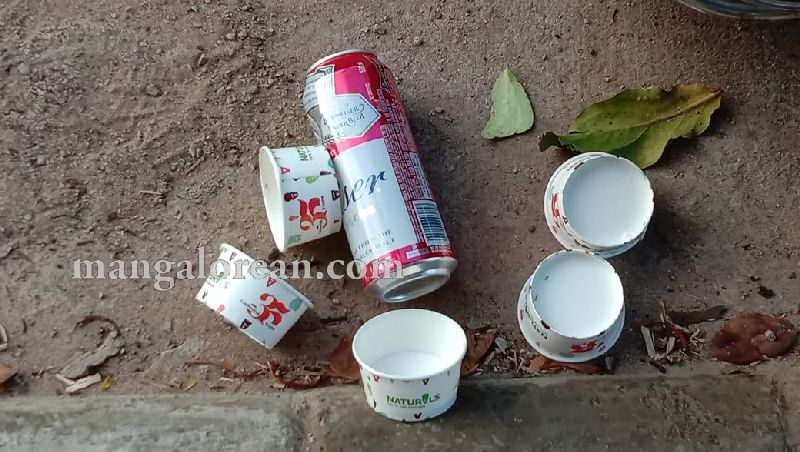 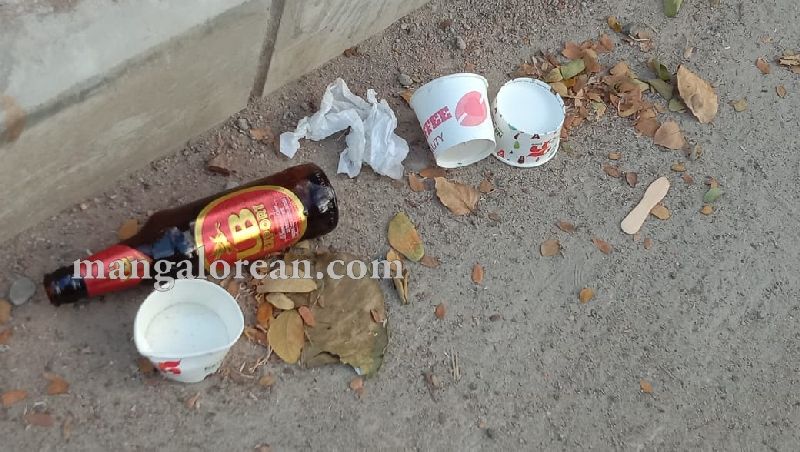 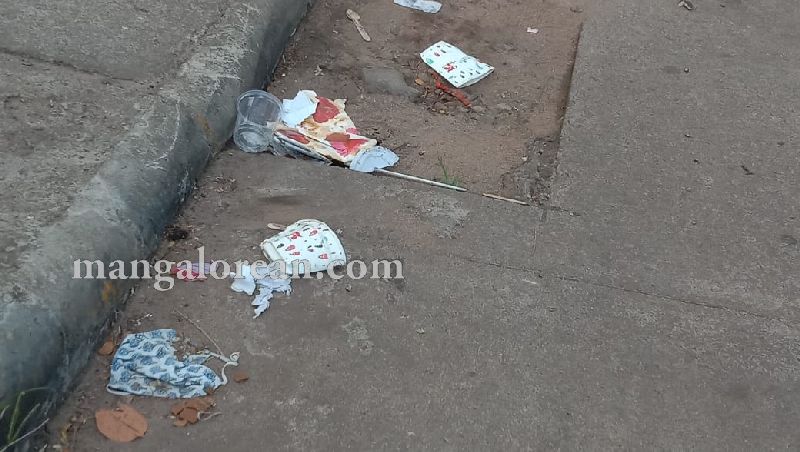 Last night I noticed a young lady throwing empty ice cream cups right out of the window of her rich parents Audi car, right in front of this Ice Cream shack. I politely requested her not to throw stuff outside and even suggested she collect it in a plastic bag and throw it away later. She rudely said, “What is your problem. Let it be- I pay taxes, and MCC workers can clean it?” This is the attitude we face from these rich people, who think they can do anything, because of their richness and political influence. For them it is like”Chalta Hai”. I think we need strict laws like other countries. Heck with democracy, when the government makes laws like these in India, these retards say that we live in a democratic country and the government cannot “interfere” in our lives. We can do whatever we like. 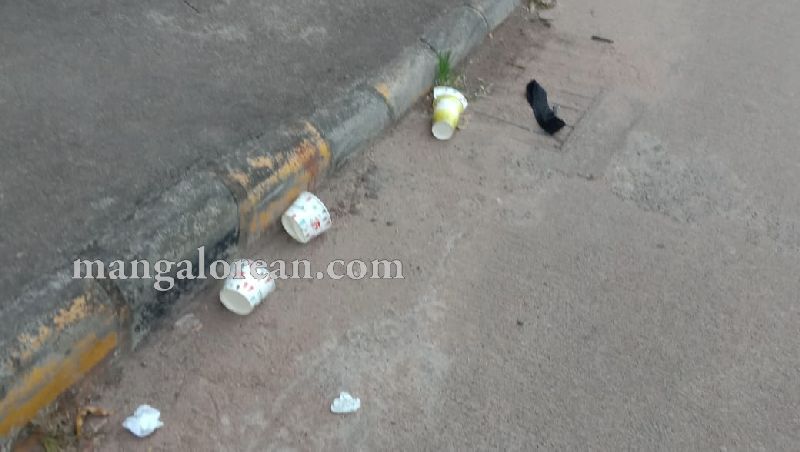 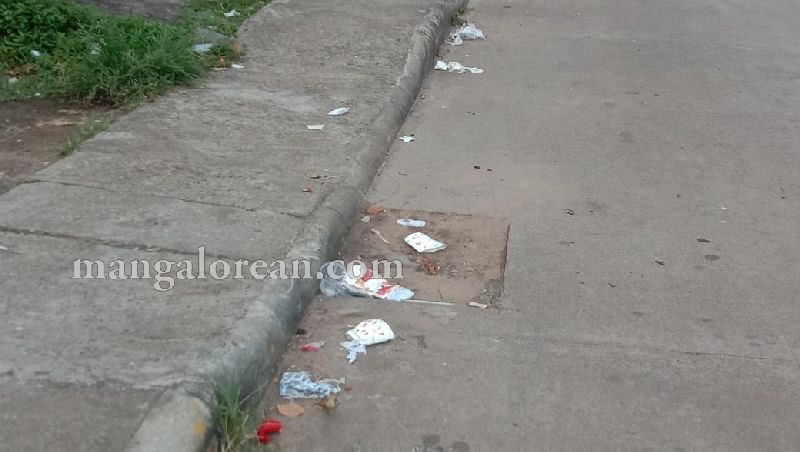 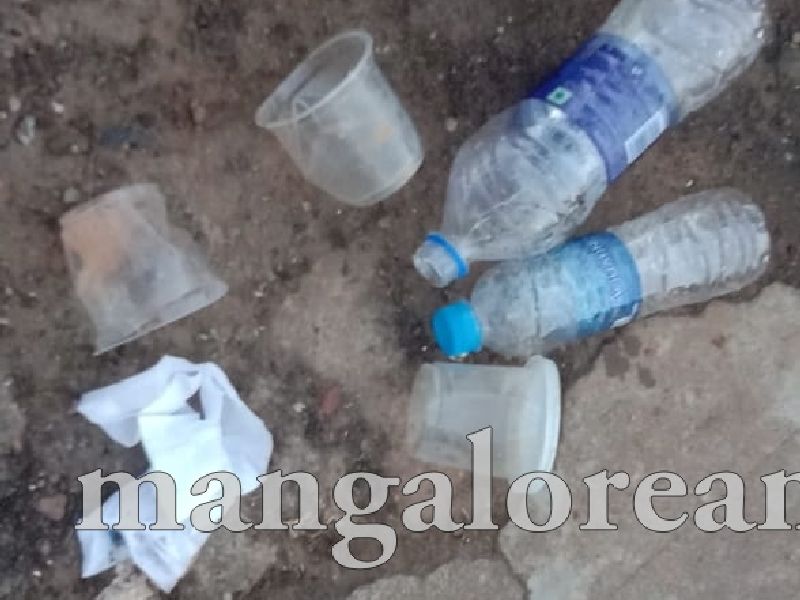 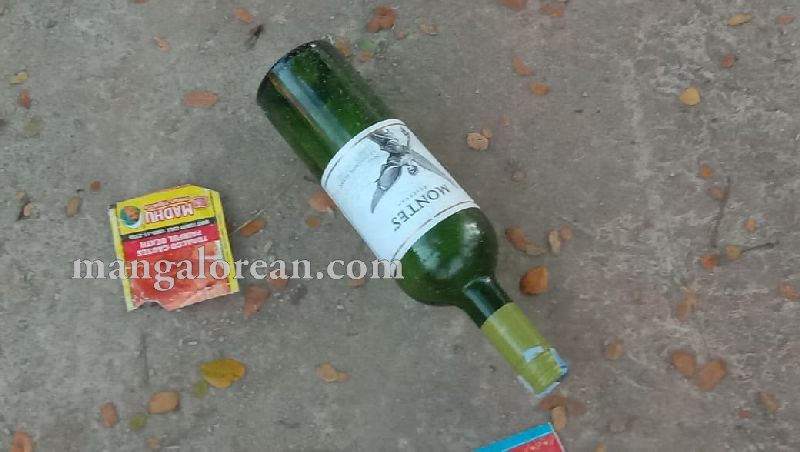 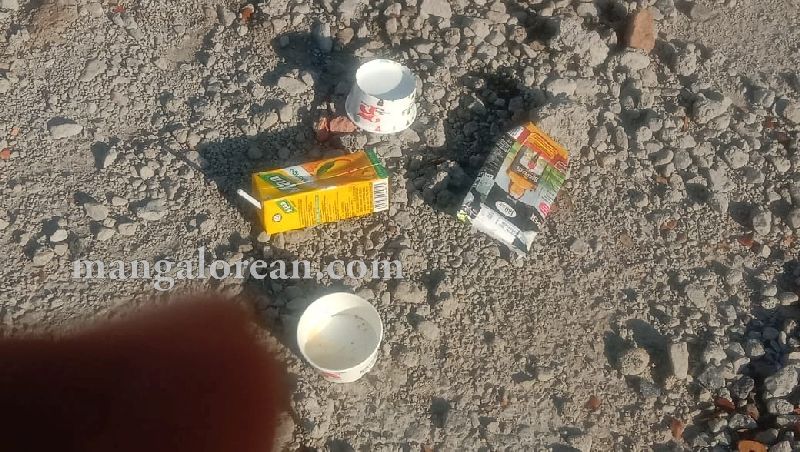 But while there are many organizations like Ramakrishna Mission trying their best to bring awareness about ‘Swachh Bharath- Swachh Mangaluru’, but sadly we have also the educated and rich who ignorantly try go against the Swachh Bharath Abhiyan, by littering as they like. I am not blaming the owner/management of Natural Ice Cream for the mess, because after I had published my first article on the same issue, the management had placed 2-3 dustbins right near the ice cream shack. In spite of having these dustbins, people are still ignorant in not using the dustbins, instead litter the area.

Not only you will see empty ice cream cups/spoons littered, but also liquor bottles, food wrappers, empty pizza containers, cigarette packs etc- the area has been like a garbage dumping spot, for all these revelers who empty all the waste before they head home. For a few months during the lockdown, this area was TIDY, and now post lockdown, it’s once again UNTIDY- and blame should be put on these rich, educated and ignorant people who don’t have any consideration towards the cleanliness of the City. Shame on such people, who are not worthy to be citizens of Mangaluru! Period.