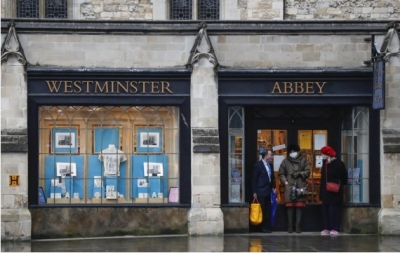 Stockholm:  As Sweden’s emergency pandemic law comes into force, gyms, malls, shops, public swimming pools and other facilities could face fines or closure if they fail to limit visitor numbers.

Sweden’s 21 regions tasked with enforcing the law are faced with major organisational challenges, with the Stockholm region for instance creating a special unit consisting of roughly 30 people dedicated solely to monitoring adherence to the new law, Xinhua news agency reported on Sunday.

Regional enforcement sources told Swedish Television that they will also rely on tips from municipalities and other authorities to identify where the biggest infection threats lie and target potential trouble spots.

“We can’t control everyone. It’s impossible,” said Ulrika Samuelsson of the Vastra Gotaland regional board in western Sweden. She added that her organisation has a good working relationship with local municipalities and their health inspectors.

“We will base our work on risk assessments and on reliable tips,” Samuelsson added.

According to her, gyms and other facilities will receive information and advice before being subject to controls from the end of next week at the earliest. Those who fail to comply could face fines or even closure under the new law, which is in place on Sunday until Sept. 30.Sweden introduced on Friday new rules which allow a maximum of eight people at private events held in commercially hired venues. Indoor venues such as gyms, bathhouses and shops are also subject to strict capacity limitations.

Minister for Health and Social Affairs Lena Hallengren explained that the new rules require anyone who conducts such an activity to calculate the maximum number of visitors or customers who may stay on the premises at the same time, based on one person per 10 square meters.

The restrictions were imposed hours after the Swedish parliament passed a new temporary law on Friday, giving the government power to impose more restrictive measures to combat the coronavirus pandemic.

According to the latest statistics from Sweden’s Public Health Agency, a total of 489,471 Covid-19 cases and 9,433 deaths have been confirmed in the country by Friday.

As the world is struggling to contain the pandemic, vaccination is underway in some countries with the already-authorized coronavirus vaccines.

Meanwhile, 235 candidate vaccines are still being developed worldwide — 63 of them in clinical trials — in countries including Germany, China, Russia, Britain and the United States, according to information released by the World Health Organization on January 6.