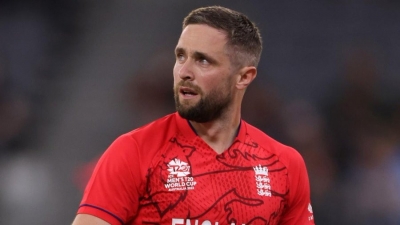 London: England all-rounder Chris Woakes, who has recently returned after undergoing an operation a couple of months back, is confident of playing a full role in the Men’s T20 World Cup after taking a risk to be involved in England’s tournament-opening victory over Afghanistan.

Woakes, who claimed 1/24 in his four overs, returned to the England set-up last month after an operation on his left knee in the spring. He was doubtful for the match at Perth on Saturday with soreness in his right quad. However, he passed a fitness test to convince the selectors and play a role in his side’s five-wicket win.

Sky Sports reported on Monday that England might shuffle their bowling unit for the match against Ireland at the MCG on Wednesday as they play Australia 48 hours later. But Woakes claimed he is fit and does not need to be shielded going forwards.

“You do feel as though you can’t catch a break and that’s in the back of your mind,” he said. “But as a fast bowler you are going to pick up niggles here and there, and rarely do guys bowl at 100 percent.”

“There was probably a little bit of risk going into face Afghanistan but I was desperate to play and (England) were happy to go with my lead in terms of how I felt and my experience of how my body felt.

“It’s just with a muscle injury you can make it worse and with it being a relatively short tournament you don’t want it to get any worse. This was the game I was worried about coming too quickly,” Woakes said.