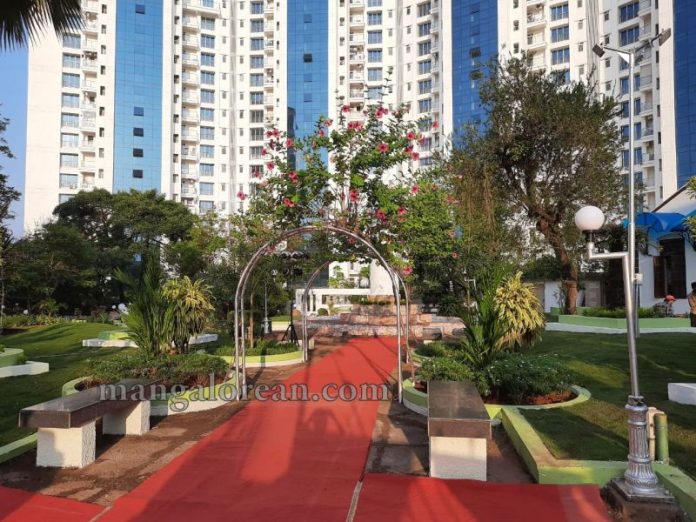 Mangaluru: The Tagore Park at Bavuta Guide (Light House Hill Road), Mangaluru which was filthy with garbage etc until yesterday ( 18 November) has got an EXTREME-MAKEOVER during the unveiling of the statue of freedom fighter Kedambadi Ramaiah Gowda, which is happening today ( Saturday 19 November). The historic Tagore Park, and the Old Lighthouse, was a must-see spot for the public, giving a panoramic view of the Arabian Sea and a bird’s eye view of the city. Well, that’s a thing of the past. A monster (Alexandria Apartments) has sprung up, blocking this scenic view fully forever. Most youth who grew up in this city in past years will recall a historic monument and a famous park in the middle of the city around the much-loved old lighthouse. These are facing death throes, thanks to an ignorant, careless Mangaluru City Corporation. 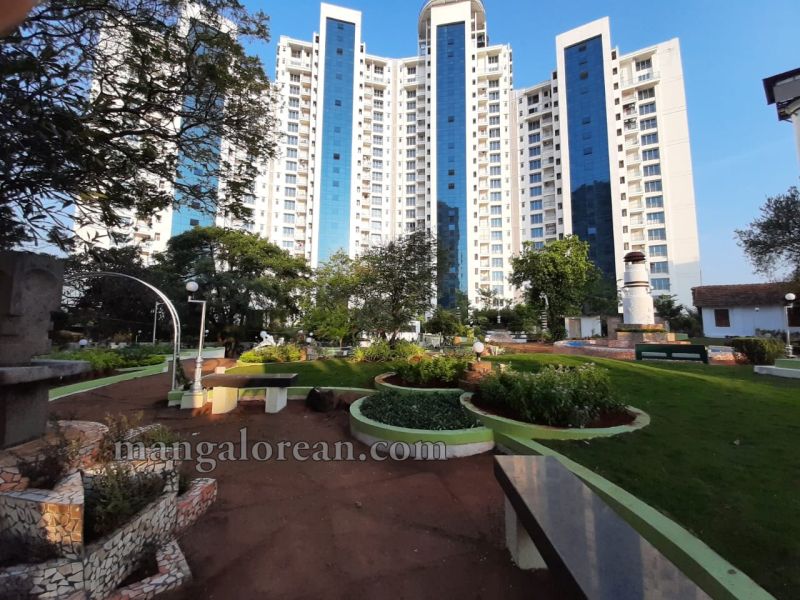 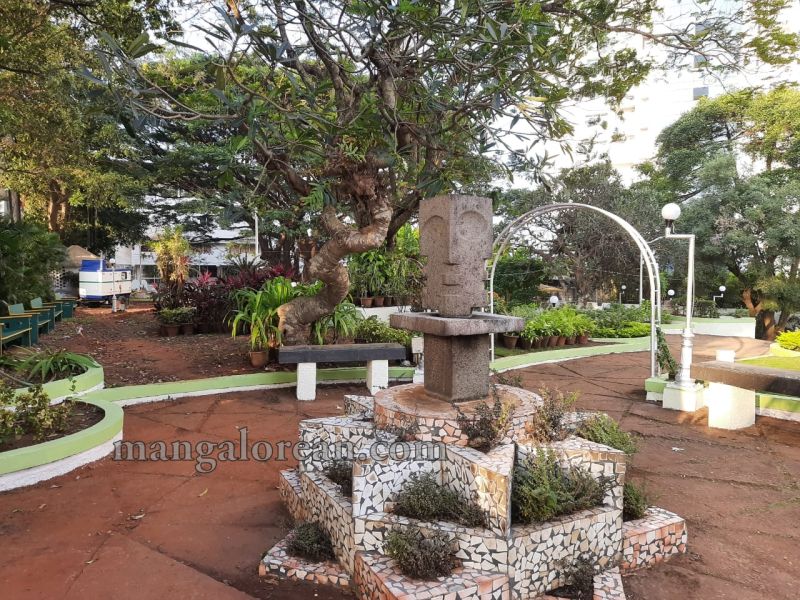 This beautiful garden, even though it was newly renovated a couple of years ago, was neglected after that, with no proper maintenance, until yesterday, when it got a facelift to please CM Bommaiah when he is here to unveil the Statue of Freedom Fighter Kedambadi Ramaiah Gowda on the premises. There is also a small artificial stream that flows down a rock-strewn channel. There is a public library at the base of the lighthouse with a reading room named after Karnad Sadashiv Rao, a renowned freedom fighter. This garden is very close to St. Aloysius Chapel and can be visited together.

Tagore Park also houses a historic monument – probably not seen in any other city – a lighthouse in the heart of the city. This was built by the erstwhile ruler of Mysuru, Hyder Ali. The park also has a deeper significance: It is said that when Nobel laureate poet Rabindranath Tagore visited Mangaluru in 1922, he sat down at this place to rest and also appreciated the view of the sea. It must also be pointed out that one more classic city ’lighthouse’ at Hoige Bazar, over 100 years old built by the British, which can be a picturesque spot apart from guiding small craft and boats to the old port is facing extinction and is in a dilapidated condition now. However, the park was neglected. 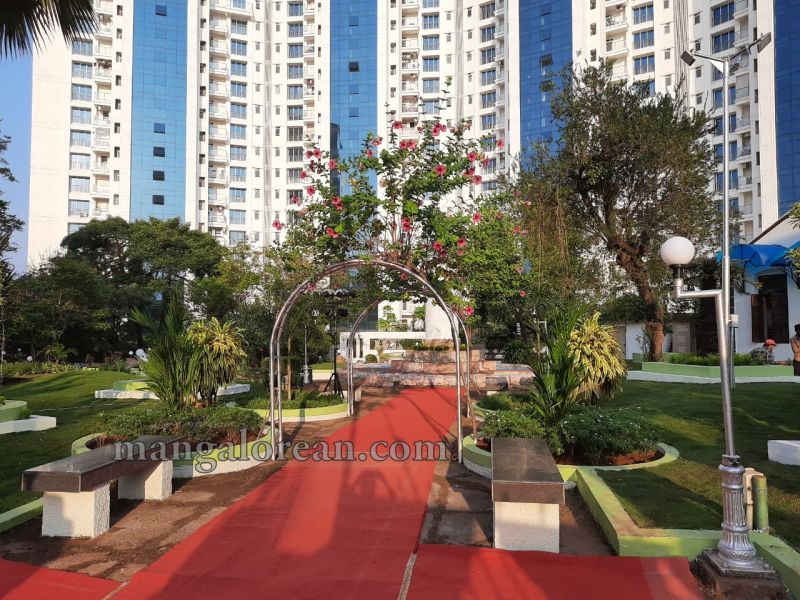 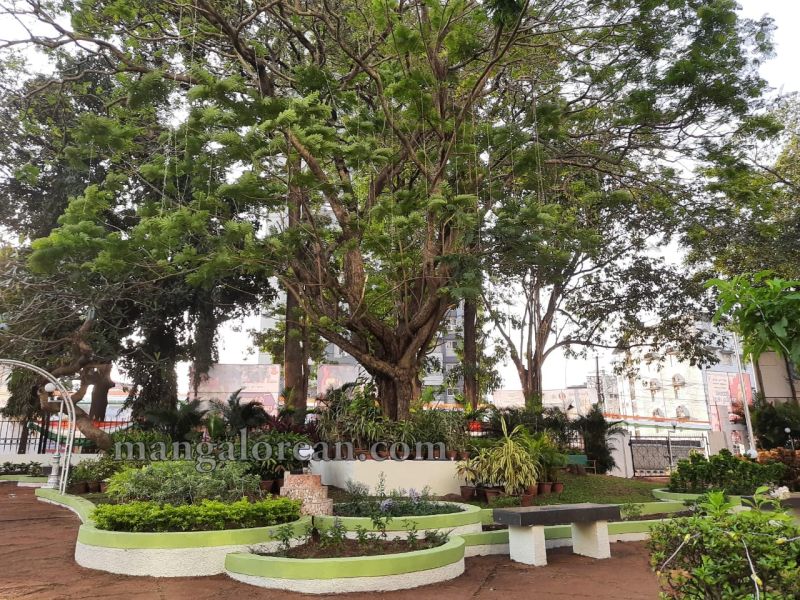 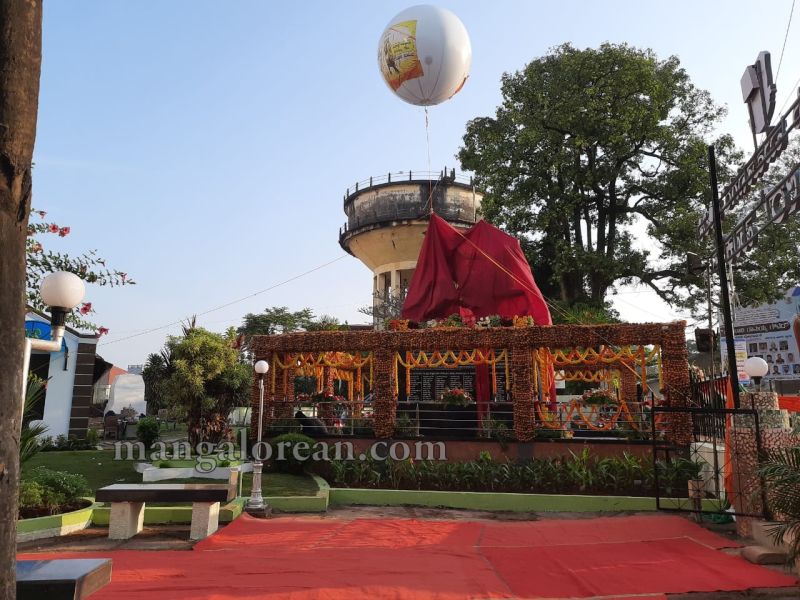 The Park got a beating when the construction of the nearby mega apartment was going on. Dust was blown into the park along with gunny sacks and rubbish because of the building work. It was not covered, as they do for other buildings. Visitors also faced problems when the sea wind blows landward during the evenings. Even though there were lots of objections from activists, politicians and other like-minded people not to allow a building to come up near the Park, however, permission for construction was given as the Mangalore Urban Development Authority had approved the plan, not realizing the building is overshadowing the historic park.

The old and young familiar with the park say that this is the oldest park in the city, steeped in culture and heritage, apart from the personal emotions of lakhs of local people and visitors. The city’s strange development has killed its character, with the building coming up, putting a death knell to this lovely city of old. Anyways, it’s nice to see the dilapidated Tagore Park back into its origin, with a facelift. Thanks to the organizers of the statue unveiling, this park got a new look. It is like a “Buy One Get One Free” kind of deal! 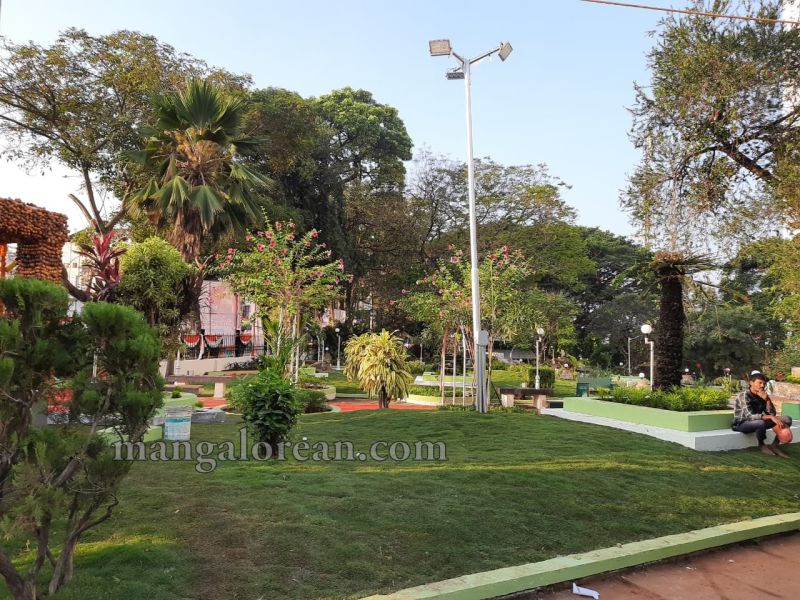 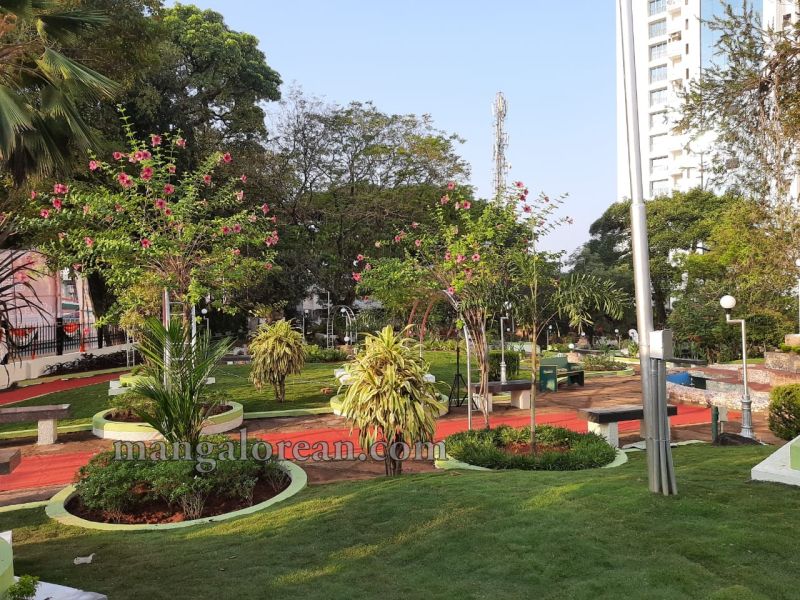 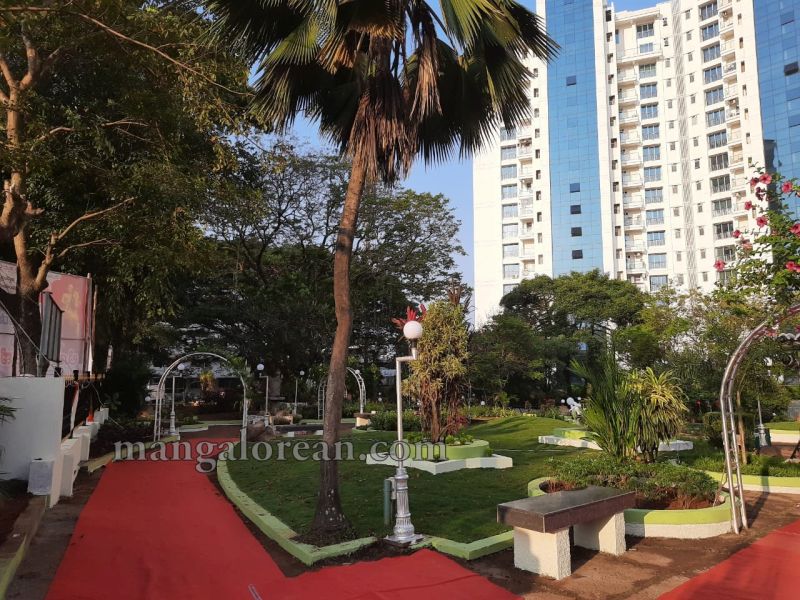 Regarding the Late Gowda, he launched the freedom struggle way back in 1837 against the British. The Dakshina Kannada district administration, the Mangaluru City Corporation, and the Swatantrya Horatagara Sri Kedambadi Ramaiah Gowda Smaraka Ustuvari Samithi have organized the programme. The late Gowda has a large following, and the department had organised theatre shows with the help of Yaksha Rangayana on his Amara Sullia struggle across the State. A bronze statue of Kedambady Ramayya Gowda was mounted on a horse, who is said to have revolted against the British in a mass insurrection in 1837.

Peasant uprisings, called ‘knots’ by the British, which broke out against the East India Company in the coastal belt during 1830-31, reached the stage of an armed struggle in 1837. The revolt by peasants was not related to the freedom movement, though, but against the high land revenue (tax) assessment and the absence of a lucrative market for farm produce. But it did motivate people to join the freedom movement after 1850, say researchers.

As the Dakshina Kannada district gazetteer puts it, the uprisings, which began in Bellare in the last week of March 1837, spread to Sullia, Puttur, Bantwal, Kumble, Kasaragod, and finally to Mangalore (now Mangaluru), the headquarters of the Canara district. The gazetteer says that the revolutionaries lowered the British flag at Bavuta Gudda, now in the heart of Mangaluru, on April 5, 1837, and hoisted their flag. According to Prabhakar Neermarga, author of the Kannada book Mangalura Kranti, the peasants had captured Mangalore for 13 days. Gowda is said to be one among those who revolted against the British then. 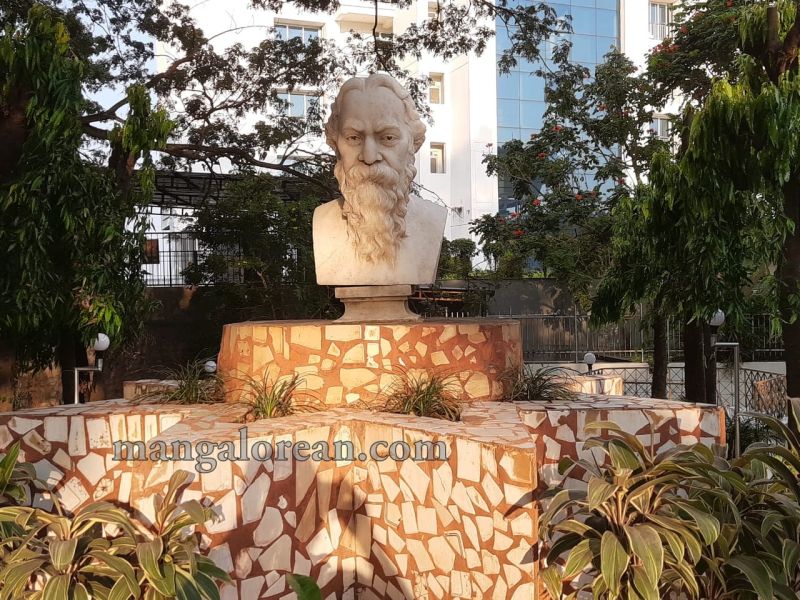 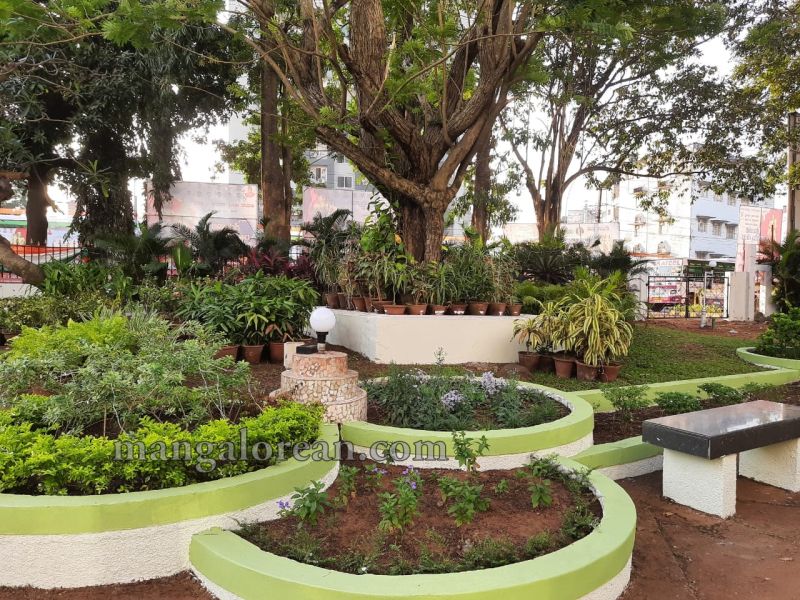 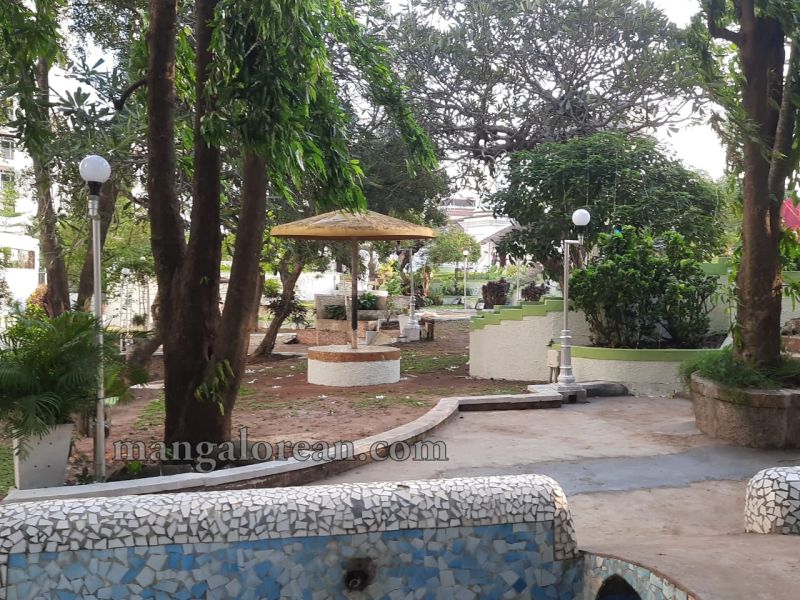 Earlier this year, the council of Mangaluru City Corporation had agreed to install his statue on the occasion of the country celebrating 75 years of Independence. According to former MCC Mayor Premananda Shetty, the statue is installed for Rs 40 lakh. In that, the share of the city corporation is Rs 30 lakh and the remaining Rs10 lakh is being borne by the Department of Kannada and Culture. The statue, including a 10ft platform, is about 22ft high. Made in Vijayawada, the statue was brought to Aadi Chunchanagiri Samsthana on 27 August 2022 from where it was brought to Kodagu on 28 August, and then brought to Mangaluru in a procession via Sullia on August 29.

On a final note, there has been a BIG spending for this BIG event happening today, with expenses mounting into a few lakhs for hoardings, buntings, paper advertisements, cutouts, arrangements, security, etc etc- the same money could have been used to repair the dilapidated roads or help the poor and hard-working citizens. Oh well!