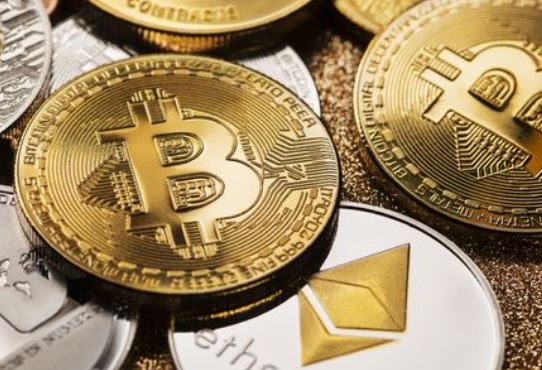 Taking A Look At The Impact Of Bitcoin In The UK

Bitcoin has resulted in being a global trend that many people from all around the world have started buying and investing in. What started out as a currency born in the midst of financial and governmental chaos in the United States, turned into a worldwide known currency that has people reading about its market on a daily basis and panicking whenever the market fluctuates.

Buying Bitcoin In The UK

The majority of bitcoin owners in the United Kingdom are between the ages of 18 and 34, making up 56% of the total. There are only 4.6% of them that are 55 or older. This would seem to indicate that younger generations of Britons are the primary owners of cryptocurrency.

The majority of people who own cryptocurrencies in the UK have a high level of education; in fact, 46% have a bachelor’s degree or higher.

The number of people looking at how to buy bitcoin uk and use it to make purchases is also growing at a quick rate. The year 2021 will represent an exponential increase of 10 percentage points (year-over-year growth) in the amount of money spent using cryptocurrency.

A little less than sixty percent of people who spend cryptocurrency in the United Kingdom do so on a regular basis, with twenty-six per cent of those people being large spenders who spend more than one thousand pounds on a monthly basis.

The findings of the survey indicate that those working in the retail sector are looking forward with great anticipation to the introduction of bitcoin payment systems. The respondents demonstrated an interest in all of the major categories, which included things like luxury retail, e-commerce, and entertainment, among others.

The Future Of Bitcoin In The UK

The cryptocurrency market is starting to get the attention it really deserves. The year 2021 was the year that prominent institutions, celebrities, and public personalities all got on the bandwagon of cryptocurrencies. This put cryptocurrency in the spotlight. Additionally, Bitcoin and a number of other cryptocurrencies reached new all-time highs.

More than a third of people who took part in the study in the UK, 38%, intend to raise the amount of cryptocurrency they own over the course of the next year.

The majority of non-crypto respondents (70%) stated a lack of information as the reason for not holding bitcoin. This indicates that there is a big possibility for expanding cryptocurrency acceptance with sufficient education and awareness if it is properly channelized.

Reduces the Need for High Dependence on Paper Money

Customers have increasingly grown to rely on digital transfer as a practical method of payment for goods and services because of the convenience it provides in terms of the speed with which transactions can be completed. If more people started using Bitcoin as a currency, less would need to use the government-issued currency.

What’s more intriguing is that Bitcoin newbies assume their virtual cash is just as safe as government-issued currency.

Control and Supervision of Bitcoin

Since Bitcoin is now widely used, governments on a national and regional scale are being forced to reconsider how they regulate their respective financial systems. Concerning this topic, the world’s central banks are exerting a lot of effort to bring this makeshift monetary system under control. It may result in legislation that particularly addresses this cryptocurrency and the speculative bubble Bitcoin may trigger.

Although some nations take a more relaxed stance toward Bitcoin and other cryptocurrencies, others have outright banned the use of Bitcoin and similar services.

On the other hand, there are those that utilize it as a form of payment. For instance, government institutions in the United States of America, Canada, and Australia, as well as the European Union, have begun to accept cryptocurrencies such as Bitcoin as a form of payment.

Because Bitcoin uses a worldwide, decentralized transaction network, central banks are no longer required for currency issuance or settlement. This has created a new market and opportunity where no single entity has sway over the monetary system.

Therefore, rather than trying to convince private investors, banks, and other financial firms to invest in their potential business, they can circumvent the laws and regulations by means of initial coin offerings (ICOs) (ICO). To get their enterprises off the ground, entrepreneurs and small businesses all around the world can use an initial coin offering (ICO) to sell part of their coins.