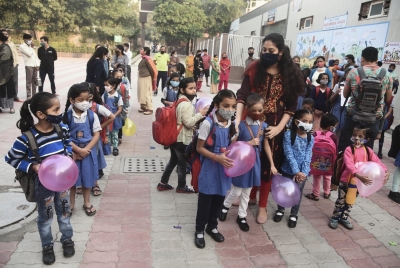 Teachers, parents must be sensitised at regular intervals, say experts

Bengaluru: The rape and murder of a 10-year-old girl by a tuition teacher in Malavalli taluk of Mandya recently has shaken the people of Karnataka.

Experts have warned that if the proper values are not imparted in schools and homes and if in-service training is not given to teachers from time to time, such incidents of brutality will only rise.

Psychologist Dr A Sridhara told IANS that when every social establishment has become decadent, how do you expect individuals to develop the proper values?

Good values will have to come from schools, divine sources, parents. If all the three sources are not working how will the child get the right values? Sridhara says.

When the input itself is wrong how do you expect the psyche to become right? The core of Hinduism is that you experience yourself. It is a simple sense that I don’t want to hurt another person, which is totally missing now. That is why minors are accused in gang rape cases and killings, he explains.

“If the rape accused are released in the Bilkis Bano case, and welcomed with ‘aarti’, what does it say? They have undergone 14 years of imprisonment but are you so happy that they are back and everything is forgotten? This is the kind of message young people are getting,” Sridhara added.

He stated that there is no disproportionate increase, it is coming to the notice of the people now. There are child rights, NGOs and on the children’s side also there is more maturity because of technology. They watch and know what is their right and demand it.

They are capable of sharing these days because they know that these things have happened and they need to report it. Earlier, they used to feel guilty that they were wrong and that is why they were punished, he said.

For people who are entering adulthood there is a lack of personal values. That is because the social, academic fields are not imparting the proper values. The educational system is centered around achievements in terms of scores and gaining social status, Sridhara added.

In Finland, the interview and tests are conducted for parents and not for students. They conduct examinations on a regular basis for parents as they know that a child will grow up well in a good family set up, he explained.

Continuous programmes to create awareness and teach them responsibilities must be held for teachers.

At many schools teachers without qualifications are appointed. There should be an analysis on whether these incidents happen more in government institutions or in aided or permanently unaided sectors, he stated.

The culprit’s educational background must be studied, he says.

Satish explains that the unaided sector reports more of these cases. The crimes are committed by those who are not eligible, who do not know child psychology, human psychology. The persons who have received training in these sectors must also go through in-service programmes.

There is also a tendency that if one person commits a crime, the whole fraternity is blamed. Institutions must take precautionary measures, instal CCTV cameras and monitor them everyday, evolve a code of conduct for teachers, Satish suggested.

Monitoring and tracking of employees is important. Awareness for parents is also important. Trust is very important. If parents lose trust in teachers, the education system will lose its backbone. Among a hundred, only two such cases will be found, what about the 98 per cent who are carrying out their duties diligently, Satish says.