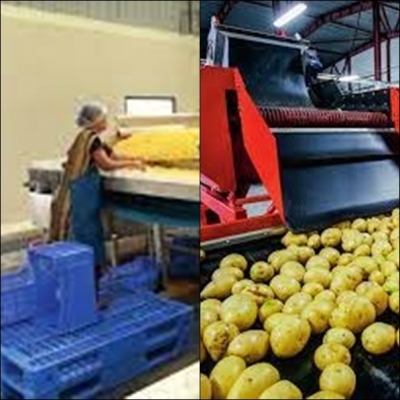 The cabinet has also decided to give incentives to the entrepreneurs investing in the food processing sector.

Since the yield of paddy is increasing regularly, it has been decided to set up food processing units in a big way.

The government would develop all the basic infrastructure facilities and allocate lands to those eligible among the applicants. It has also been also decided to give special incentives to the food processing units of international quality.

The cabinet has also decided to extend the last date for the entrepreneurs to apply from July 12 to July 31.

The cabinet instructed the officials to implement a food processing zone policy to improve technology and skills in the agri sector. Rice mills, industries, food processing units for pulses, oilseeds, fruits, flowers, vegetables, meat, chicken, fish, milk and dairy products would be set up under this policy.

The cabinet is of the opinion that the state has the capacity to process the surplus produce of agriculture, horticulture, animal husbandry, and milk and fisheries sectors, which has been achieved due to the marked increase in irrigation capabilities in the state.
The cabinet decided to provide financial incentives to the producers, farmers’ organisations, and self-help groups for the progress of the value chain through the setting up of the food processing units.

Units established in the food processing zones will get several subsidies like power subsidy of Rs 2 per unit for 5 years, reimbursement of 75 per cent of the interest on term loan (below Rs 2 crore) taken for investment, and reimbursement of 100 per cent market committee fee for 7 years.

The decisions were taken on the second day of the cabinet meeting presided over by Chief Minister K. Chandrasekhar Rao.

Rao noted that due to various measures being taken by the government, last year the state produced a record 3 crore tonnes of paddy. He hinted that paddy yield may further go up next year.

During the current monsoon season, 1.40 crore acres are under cultivation with paddy and cotton, which are expected to get bumper yields.

The CM said the storage capacity in the state should be increased, while the milling capacity in rice mills should also be raised.

The state cabinet has decided to constitute a cabinet sub-committee under the chairmanship of Agriculture Minister S. Niranjan Reddy on the measures to be taken for paddy storage, milling, marketing and establishment of new industries in the backdrop of high paddy yields.