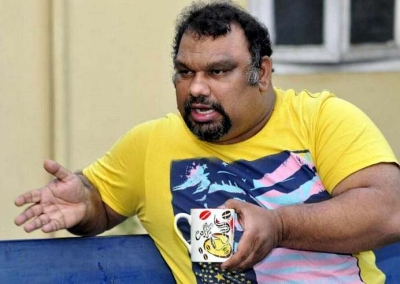 “Shocked and saddened to hear the news about the demise of Kathi Mahesh. My deep condolences to his family and friends. May his soul rest in peace! Om Shanti,” said Tollywood actor Manchu Manoj.

Sudheer Babu, another young and upcoming hero in the Telugu movie industry said Mahesh’s demise came as a shock.

On June 26, Mahesh, a native of Chittoor district met with an accident when his car hit a container truck at the rear.

Many believed the film critic would survive but he succumbed to his injuries.

Mahesh was a vociferous critic of actor-politician and Janasena party founder Pawan Kalyan and was known for his comments and observations on various subjects.

The University of Hyderabad passout had acted in several movies and most recently campaigned for the ruling YSRCP in the Tirupati Parliamentary bypoll.

As an intellectual from the Dalit community, Mahesh would campaign and deliberate for their rights and protection regularly.