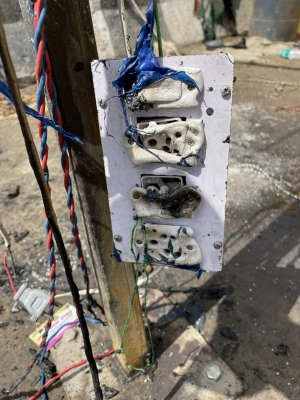 ArrayNew Delhi:  One of the tents installed at the farmers protest site at Singhu border on Delhi’s outskirts caught fire around 10 a.m. on Saturday. It was doused quickly with the help of the fire brigade and no casualties were reported in the accident.

Duggal Singh, a farmer from Punjab’s Patiala district, was participating in the protest when fire broke out in a tent due to a leaking gas cylinder. There were nearly 10 to 12 people in the tent.

The tent was completely burnt while the clothes, mattresses, mobile phones, chairs and ration kept inside the tent were also destroyed.

There were no casualties in this fire but one farmer suffered mild injuries.