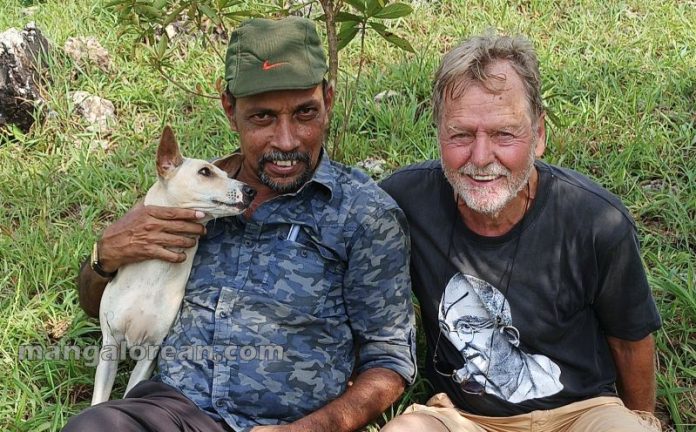 Daniel Lessard, a chartered accountant from Dieppe in France, explores the Western Ghats

Mangaluru: Believe it or not, Trekking in the Western Ghats is an overall fascinating experience. You get to explore one of India’s hottest biodiversity sites, with diverse species of flora and fauna to keep you charmed. Treks in the Western Ghats are amazing in the monsoon and winter seasons when the climate is pleasing and the forests, waterfalls, and lakes are in their most picturesque form. The Western Ghats is among the few blessed with numerous magnificent hill forts and hilly plateaus along its outskirts. This offers its residents and day-trippers a chance to discover and seek out adventures while spending valuable hours amidst nature. 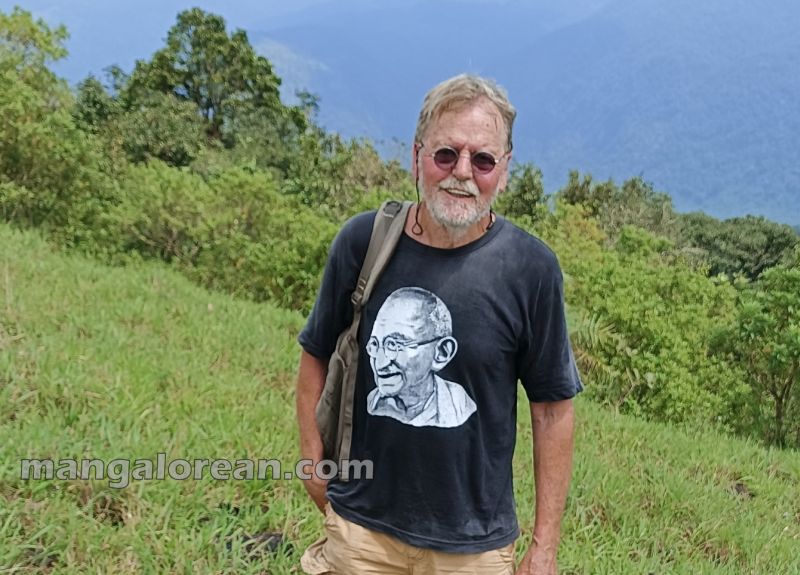 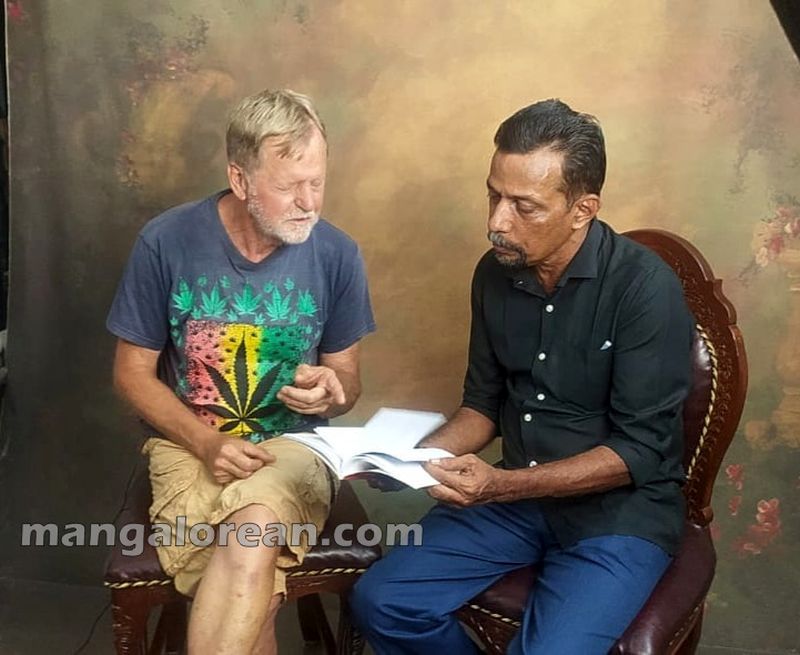 Trekking sites near the Western Ghats comprise dense green hills and meandering trails which give an ultimate rush of adrenaline. These locations are like a whiff of fresh air that will effectively detach you from the conflict of the city and monotonous urban lifestyle. Whether you are looking forward to spending an exciting weekend with your buddies or stealing some moments of isolation and comfort for yourself, there are abundant treks that will fill you up with optimism along with the refreshing ambience and extensive views. You should check out the treks if you are looking to explore the great outdoors at a chilled-out pace. 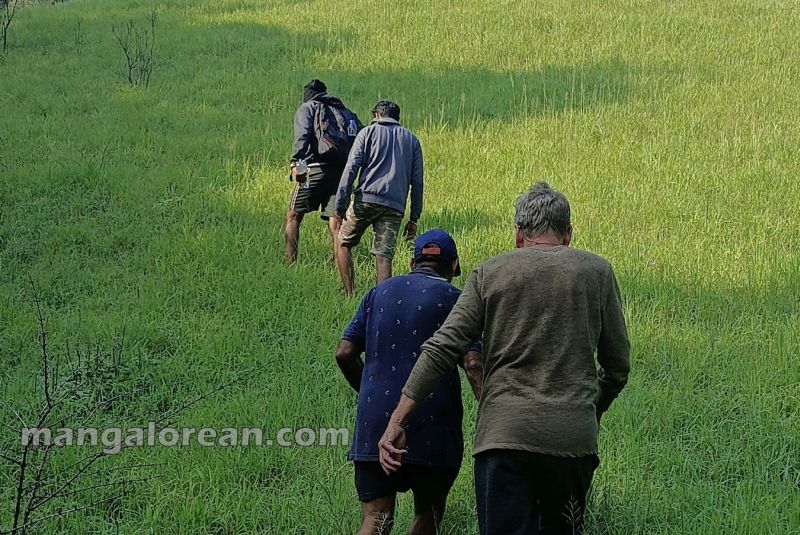 And among the vast number of Indians who experience trekking in the Western Ghats, here we have a 76-year-old Frenchman, Daniel Lessard, a chartered accountant from Dieppe, France, who had decided to visit Mangaluru, not only to meet his friends whom he had met during the Kite International Festival in his hometown, but to also trek, and explore the Western Ghats. It is learnt that his bond with Mangaluru is through his friend Dinesh Holla, convenor, Sahyadri Sanchaya when Holla met Daniel during the Kite Festival in France in 2018. 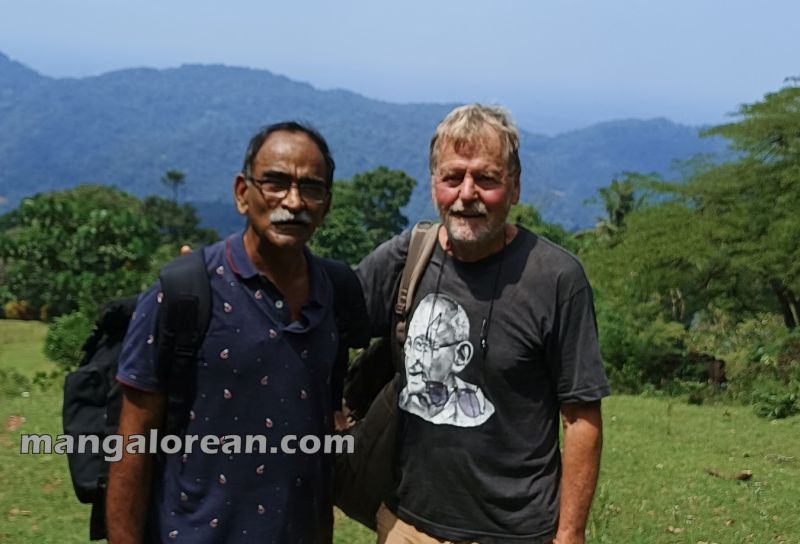 Holla is not only the convener of Sahyadri Sanchaya, an organisation working for the conservation of the Western Ghats but also a member of Team Mangaluru, which has been participating in the Dieppe International Kite Festival over the years. It should be noted that Lessard has visited India more than 30 times in the past, however, this is his first visit after the Covid-19 pandemic. After attending the wedding of Madhusudhan, assistant director ‘Virupa’, in Bengaluru, Lessard went to Varkala and returned to Mangaluru recently. Lessard acted in the Kannada movie ‘Virupa’, directed by Punik Shetty. 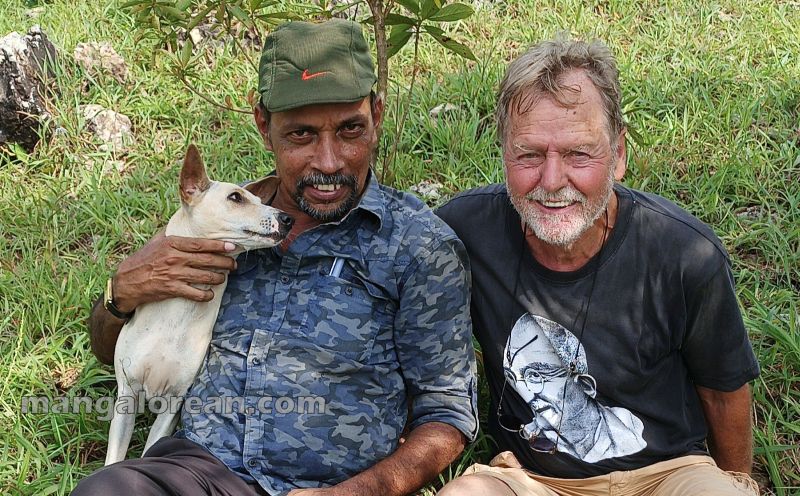 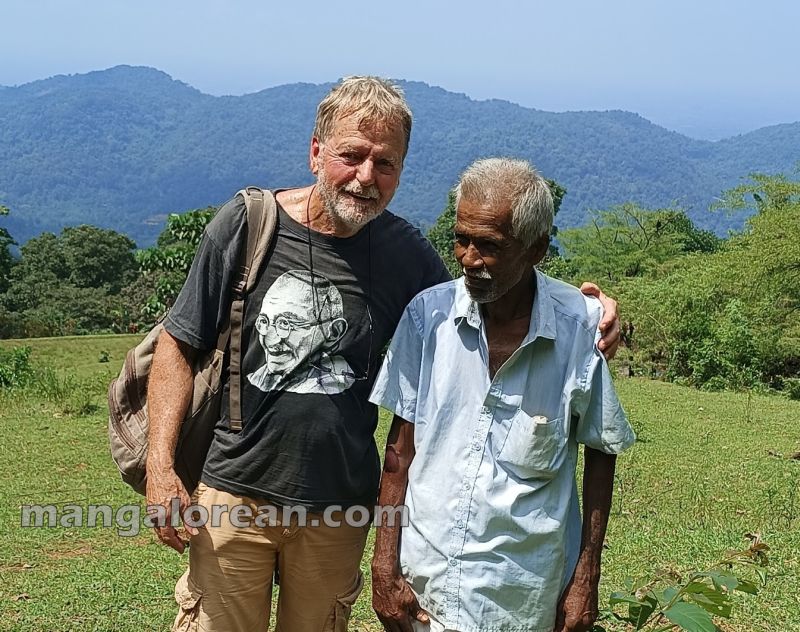 Speaking to Team Mangalorean Dinesh Holla said, “It was a pleasure to meet Daniel when we had gone to Dieppe-France to take part in the International Kite Festival there. Every time we visit Dieppe to take part in the Kite Fest, Lessard invites our team (Team Mangaluru) to his house at Dieppe for a vegetarian meal, and he also makes sure we face no inconvenience and provides us with good hospitality. We appreciate Daniel’s concern towards protecting the Western Ghats, and we were happy to escort him during his trekking spree recently in Western Ghat. During the Western Ghat trekking, when we were lost, the best part was that Lessard did not panic, nor did he complain, even as we spent an additional two hours trekking. We ran out of water, and he was bitten by leeches. He was full of energy during the trek. We liked his spirit and enthusiasm”.

Also speaking to Team Mangalorean Daniel said, “I had a good time with Dinesh Holla, an Environmentalist; Srinath Pawar, a video editor, Nitesh Elinje, a theatre artiste and Ramesh Kamath, a businessman, who had accompanied me on my trekking spree in the Western Ghats, including 22km trek to Kabbinale, in the Agumbe range. We also visited Edurugudde, stayed in a local’s house, and began our trek in Kabbinale. Our trek journey started last Sunday and we reached the peak by around 10:30 am, but during the descent, we lost our way. While my Mangaluru friends were busy trying to find the way, I was made to sit at a place”.

“None of the team members panicked, nor were they anxious. They looked for alternative routes. I was confident that we would reach safely, as that’s the spirit of India, and soon they found a stream, which we followed, and were at the base by around 4:30 pm. I trekked in Ladakh and Sikkim earlier, however, this landscape was different. We need to conserve the Western Ghats. I did appreciate the warmth of Indians, including my Mangaluru friends, and among the South Indian breakfast that I had, I liked the ‘uppittu’. My other experience was that I was worried about losing my tablet device but was lucky to get it back after an autorickshaw driver returned the device to me after two days. I appreciate the auto-driver’s truthfulness. I will try to come back and explore more of Western Ghats and its surroundings on my next trip to India”, added Daniel.