Home Mangalorean News Local News The New Wider Footpaths are Not ONLY for Walking but ALSO for... 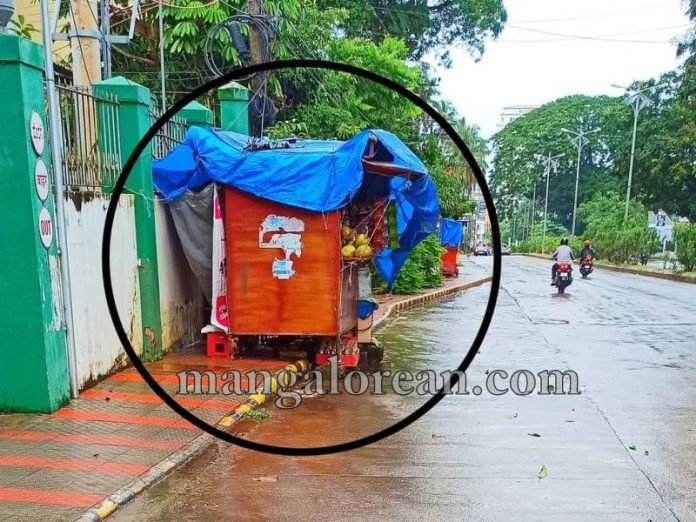 The New Wider Footpaths are Not ONLY for Walking but ALSO for Parking, Illegal Vending, etc?

Mangaluru: Following close on its heels, after Team Mangalorean had published an article on Tuesday, 13 July about the Wider Footpaths constructed by Mangaluru Smart City Ltd (MSCL) as part of its Smart Projects, now we are already seeing illegal parking of vehicles and encroachment along footpaths by shopkeepers and street vendors that have choked the City, thereby causing huge inconveniences to the public. Many citizens are questioning that what is the use of spending in lakhs/crores on these senseless Wide Footpaths, when most of it is used for parking by four-wheelers and two-wheelers owners, street vendors, stray dogs for sleeping, homeless/beggars etc. 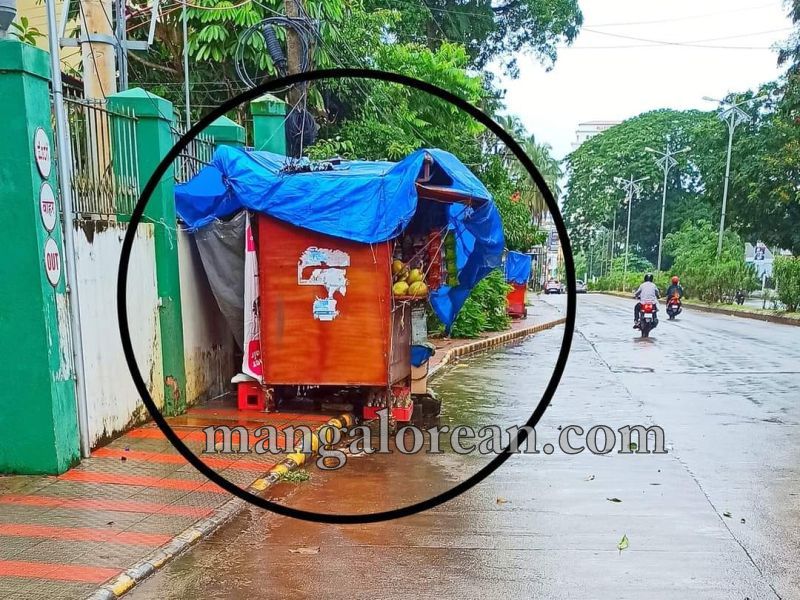 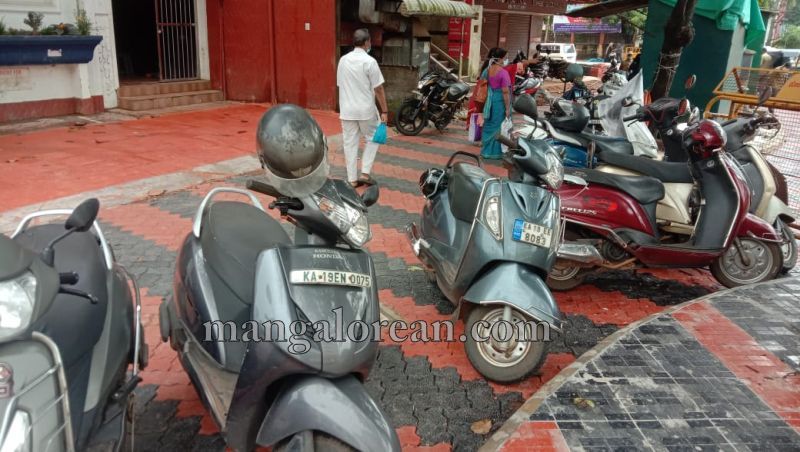 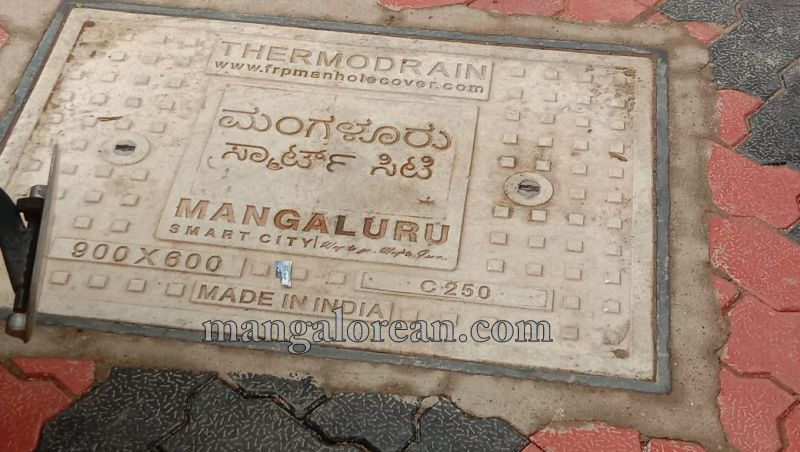 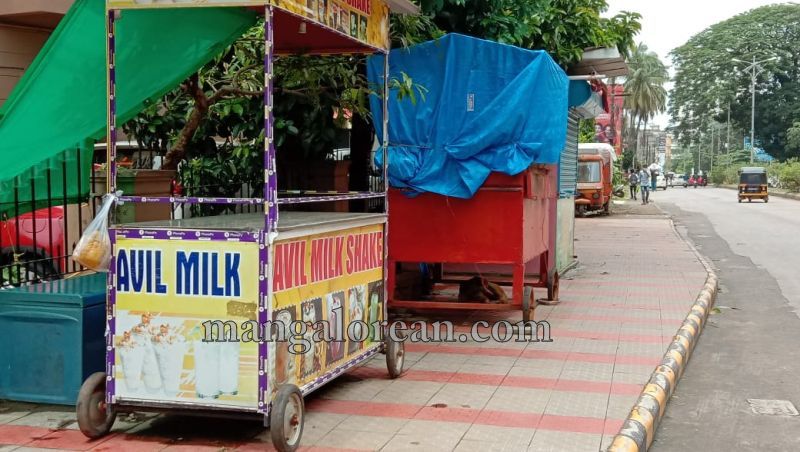 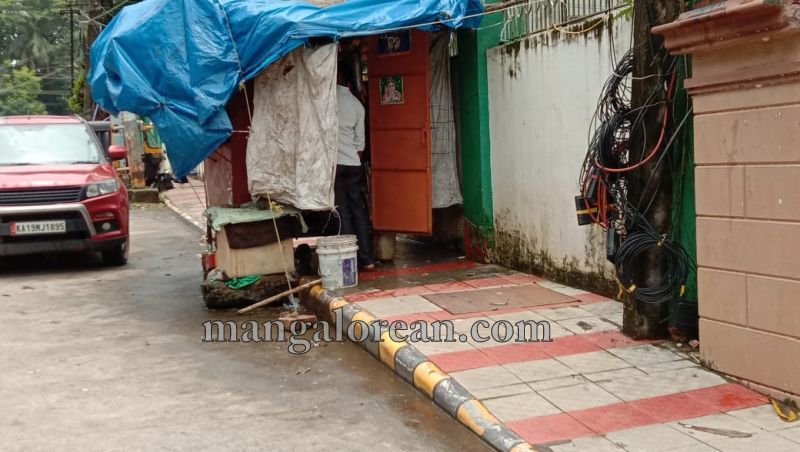 The illegal and haphazard parking of vehicles has made citizens’/pedestrians’ lives miserable. The choking of roads and footpaths in some of the main streets is already facing a space crunch right, thereby causing immense problems to the public. People park their vehicles illegally without bothering about the space and inconvenience caused by it. especially on these newly constructed wide footpaths. The choking of space leads to frequent traffic jams in the main areas. The locals say that all this has been happening under the nose of Mangaluru City Corporation (MCC) and MSCL authorities, and political leaders from the ruling party., which has failed to act against the encroachers who have occupied new footpaths and illegally park their vehicles also. 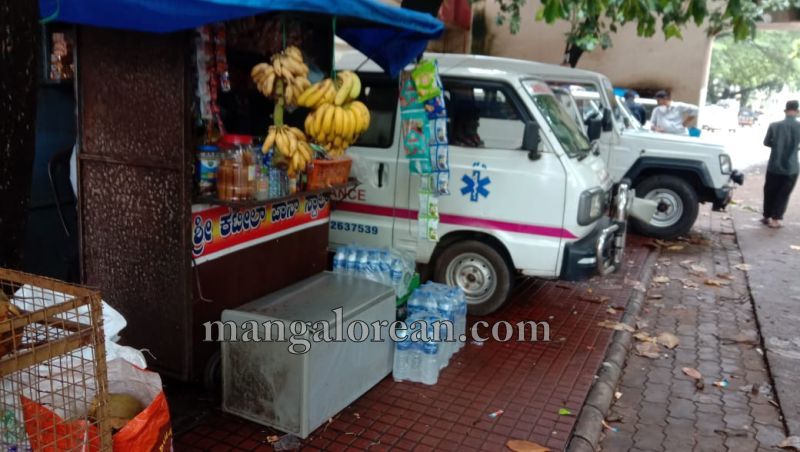 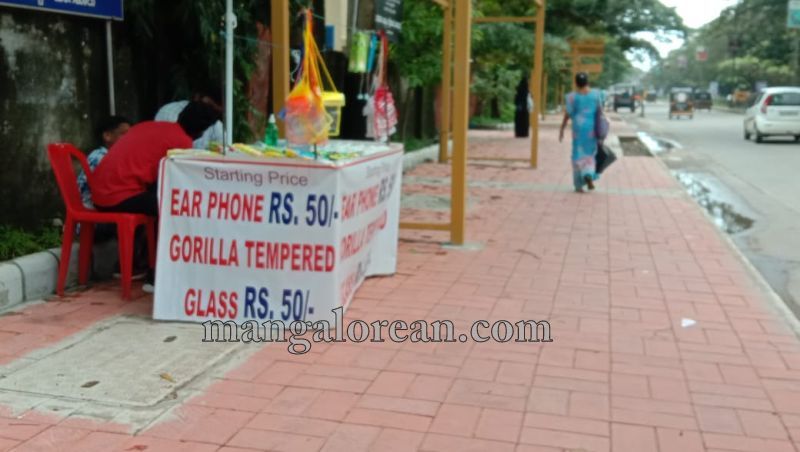 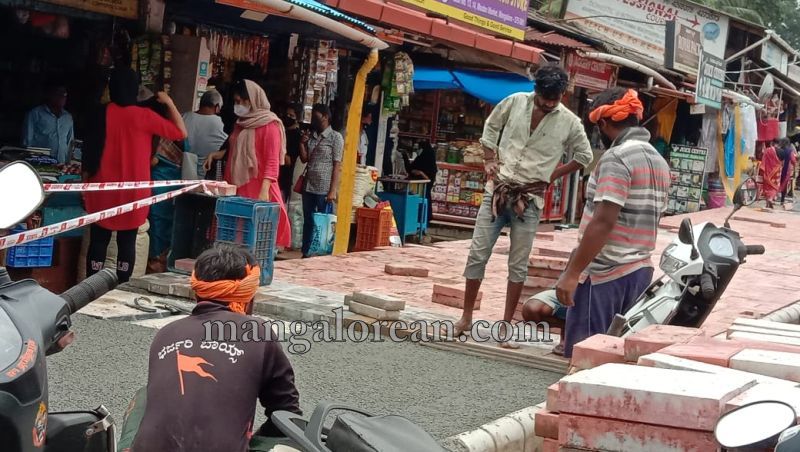 They alleged that roadside vendors and shopkeepers have occupied footpaths thereby leaving no space for pedestrians who are forced to walk on the streets. “On one side shopkeepers and street vendors have occupied the footpaths and on the other hand people park their vehicles illegally on the roadside. The height is that first street vendors used to occupy the footpaths to display their goods, now people have been parking two-wheelers on these footpaths. Few of the apartment residents nearby have many times apprised the MCC and other concerned authorities but they have failed to act on the ground”, said 60-year-old Naresh K, a resident of Pandeshwar. Just look at a petty shop set up right on the newly done footpath, near Corporation Bank H.O. and opposite Forum Fiza Mall- and the police,  and MCC officials who pass by that stretch of the road have done nothing about. 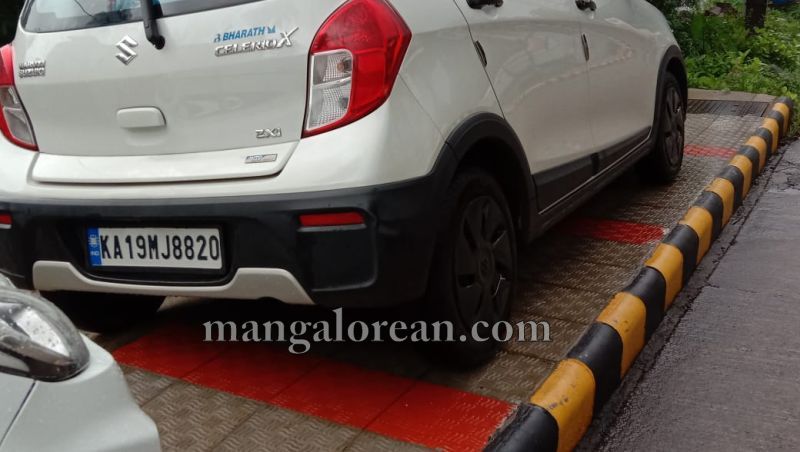 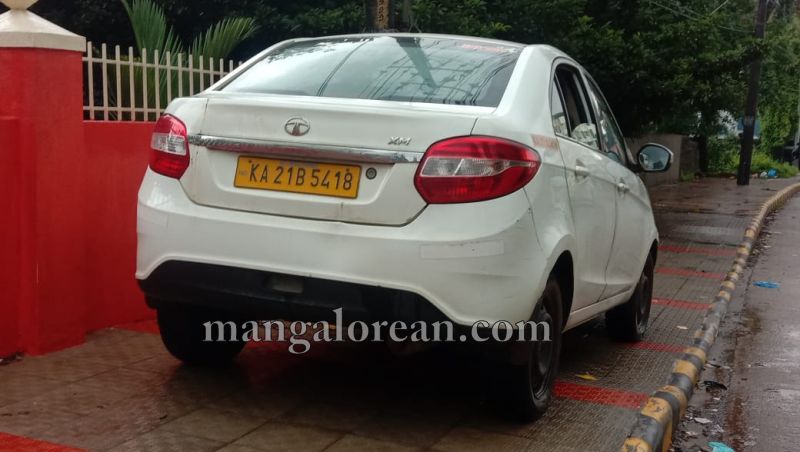 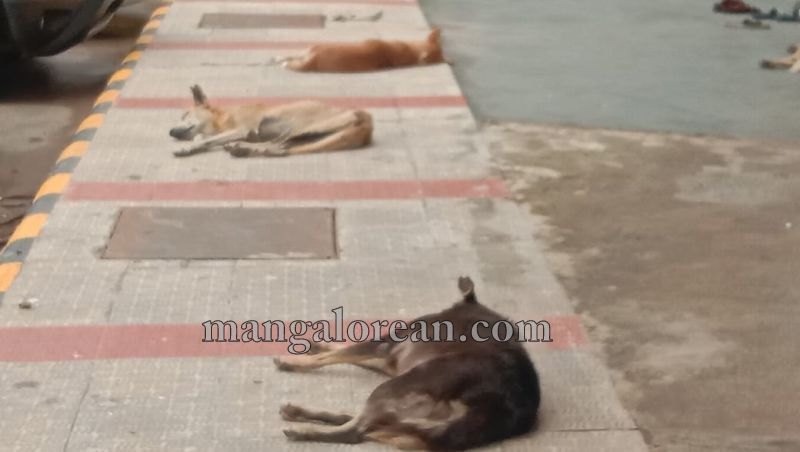 When Team Mangalorean contacted the concerned persons in MSCL and MCC they said that they would look into it and action will be taken against the street vendors occupying the footpaths and people parking their vehicles illegally, but as of now, no action has been taken, other than just promises. If MSCL or MCC is constructing these footpaths, it is their responsibility to see that no illegal street vendors occupy the footpaths, and also see that no vehicles are parked. First of all Smart City Mnagaluru needs WIDER Roads & Not WIDER Footpaths! Period. Eventually, when all these wide footpaths are done, they would get encroached by hawkers/squatters. Has the design tried to include them? Do you have designated hawker zones?- I want to ask the Smart Engineers behind the senseless Wide Footpaths.

No doubt this is yet another unscientific and Unplanned project the Mangaluru Smart City Architect/Engineer, who is known for planning LARGE Circles in this congested City, who has come up with WIDENING the FOOTPATHS, instead of WIDENING the ROADS, which are need of the hour rather than the footpaths, since hardly a few people use the footpaths- and now already a bunch of these widened footpaths have been encroached by street vendors and parking by motorists.

Nine out of ten citizens of Mangaluru ask why even widen an existing footpath, which will surely create traffic chaos when two buses park side by side in front of the bus shelters on that stretch of the road. If you look at the present situation in Mangaluru, where MSCL has taken up a bunch of projects at the same time, has put the motorists and commuters in hardship and the road closure and diversions is nothing but total confusion. And then it will be hard for the people to cope with such decisions spanning months in this situation.

Just because our city’s engineers went abroad to learn about the infrastructure and city’s development in countries like the USA, UK, Singapore, and many others, you simply can’t implement foreign infrastructure here in Kudla, where we have a huge population, heavy traffic on congestion roads, and added to that most of the good space is taken over by hawkers/street vendors and beggars. It’s very rosy to look at Copenhagen-Amsterdam and romanticize- but their socio-economic-cultural-governance is very different and rather impossible to replicate. We need to design roads according to CONTEXT and not COPENHAGEN or CHICAGO?

Another thing is that, even if the wider footpath is complete, people who are used to walking on streets will never use the footpath facility anyhow? Until the widening of the footpath is completed, let’s keep our fingers crossed, and hope for the best, with no problems to shoot up, whatsoever? Please wake up Smart City Officials from planning BIGGER circles and WIDER footpaths– this is India and Mangaluru. Be realistic and pragmatic in solving problems, not building castles in the air.