Home Fit & Fun Entertainment ‘The People We Hate At The Wedding’ to drop on OTT on... 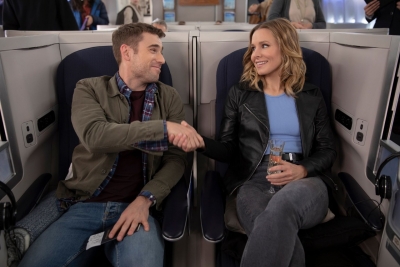 Mumbai: The first look of the upcoming streaming movie ‘The People We Hate At The Wedding’ was unveiled by the makers on Thursday.

The film, which stars Allison Janney, Kristen Bell and Ben Platt, is based on a novel by the same name by Grant Ginder.

It follows the story of struggling American siblings Alice (played by Kristen Bell) and Paul (played by Ben Platt), who reluctantly agree to attend the wedding of their estranged, wealthy half-sister (played by Cynthia Addai-Robinson) in the English countryside alongside their mother, Donna (played by Allison Janney).

Over the course of the wedding week, the family’s many skeletons are wrenched from the closet, and the unlikely reunion gives everyone the motivation to move their own lives forward.

The film, which is a comedy centering a dysfunctional family, is an Amazon Original produced by Amazon Studios and will drop on Prime Video on November 18.