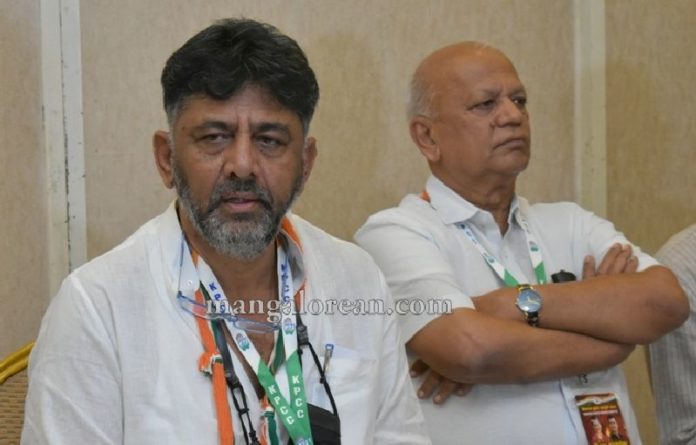 Mangaluru: There was a goof-up in the schedule where the media was called to the attend a press meet by former Chief Minister Siddaramaiah at 5:30 pm at the Sagar Auditorium Meeting Hall, unfortunately, the media persons were surprised to see that Siddaramaiah was already addressing the gathering from the main stage of the convention, and he left the venue right after his speech since he had to go to Chikkamagaluru- and in order to satisfy the journos, the press meet was held by D K Shivakumar-the President of the Karnataka Pradesh Congress Committee (KPCC), where he repeated most of the points which he had briefed the media earlier during the Convention. 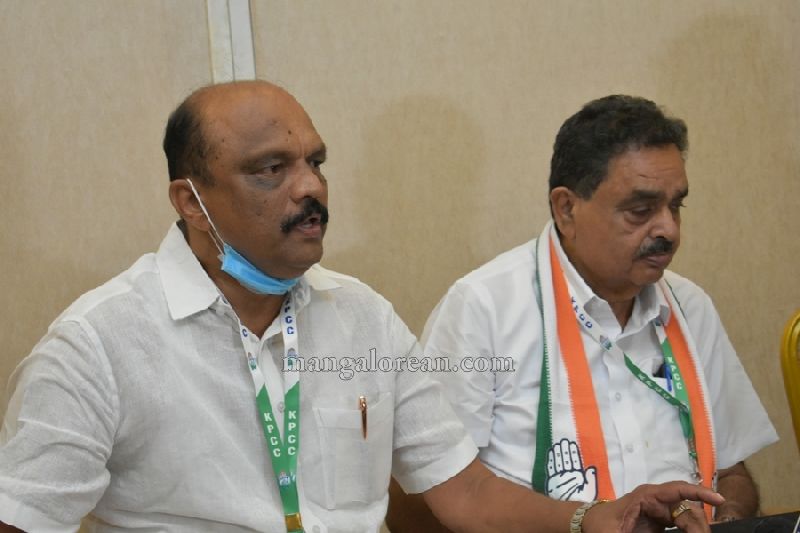 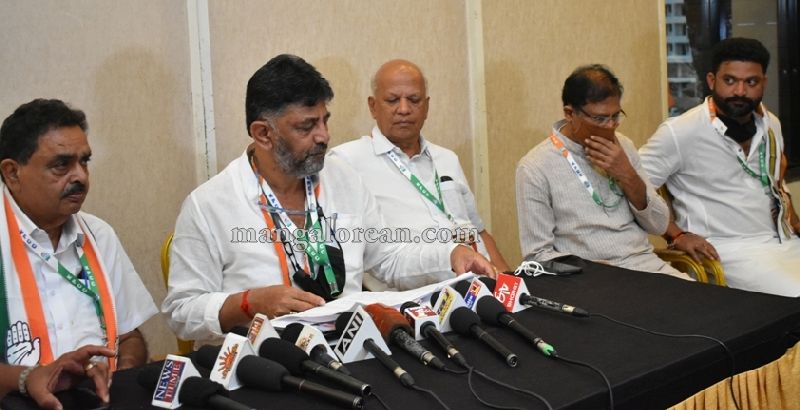 Addressing the media persons during a press meet held after the conclusion of the FIRST Divisional Level Congress Representatives meet titled ‘Sankalpa Samavesha’ held at Sagar Auditorium on BC Road on 6 January 2021 at 6 pm, D K Shivakumar-the President of the Karnataka Pradesh Congress Committee (KPCC) said, “This Convention will be a historic one, since we have taken into consideration a few very important suggestions made by the Congress representatives during today’s Convention, and we will seriously consider some of the suggestions and implement them for the betterment and development of the Congress party in the state. This year will be a tough year of struggle for our party, but we will try hard to make Congress strong in the State. I will make sure that I visit 150 constituencies, in order to strengthen our party in these constituencies. We will conduct a booth level survey through the project ‘Praja’”. 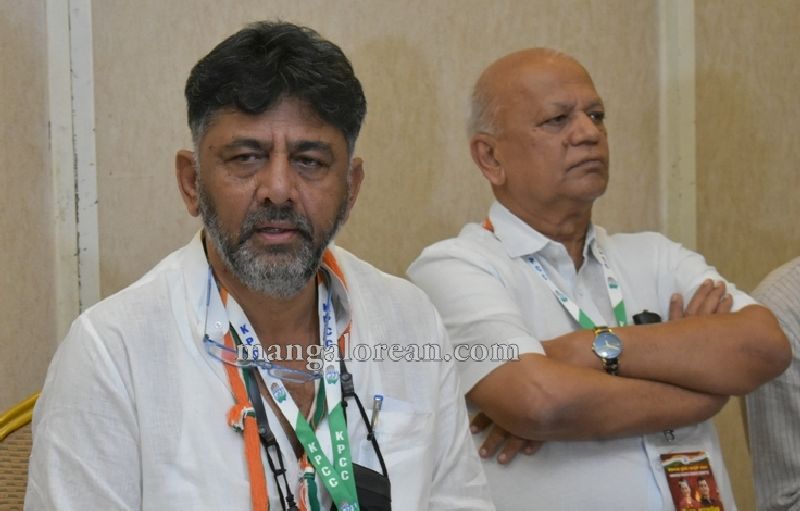 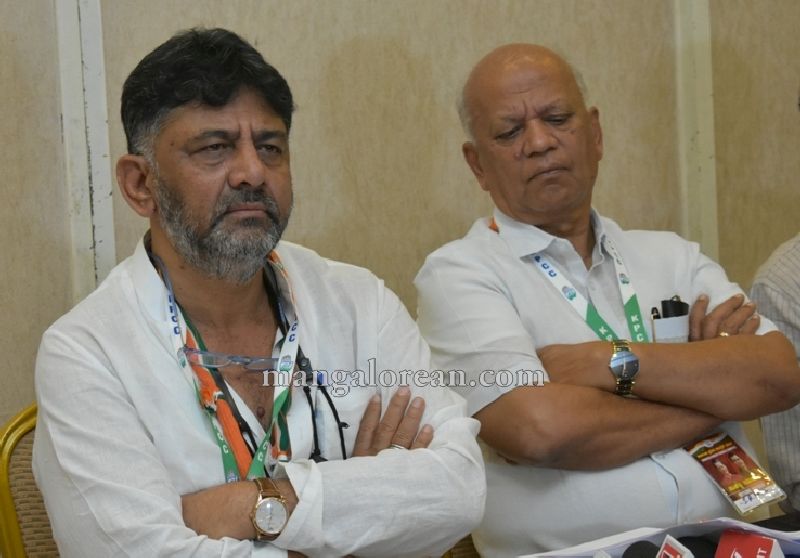 “In the meantime, we will prepare leaders at the booth level and ensure that every section of the society joins hands in strengthening our party. I urge the new leaders to emerge and start to become active in the party. Their voice should be the KPCC president’s voice, since 2021 will be a year of struggle for all of us. The VOICE of the Congress Party Workers should be the VOICE of the KPCC President. We will strengthen the relationship between the high-level Congress leaders and Congress representatives. I will use all my 40 years experience in the party, for the development of the Congress Party. We will chalk out plans along with the help of Congress workers for a better future. Earlier we used to implement plans made by KPCC board members, in future we will also include and listen to the plans and suggestions by our party workers, thus we can shape up our party to reach greater heights”, added D K S.

DKS further said, “We will strengthen our social media, and give prominence to digital media, thus encouraging our youth to involve in our party’s activities. We will also fight against the BJP government against the new laws and slow progress in the state. We will see that Congress leaders don’t become greedy for the post, instead work hard with unity not bothering about their posts. We will also try to bring back all the Congress workers who had exited the party, and rejoin in the party, and work with better plans as per their requests. We are confident that we will convince and bring back many ex-Congress workers into our fold”. 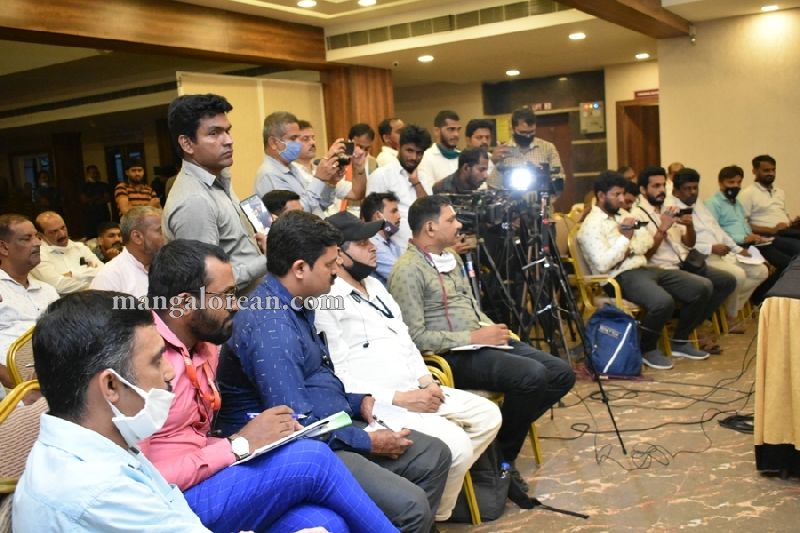 “We may have lost the elections recently, other than winning in Chikkamagalur, Shivamogga and few other places, but we will never give up, and with hard work, and commitment we will fight back to become number one in the state in the next elections. When we conduct programmes/projects at the booth level, we should make sure that they reach the people. You need to take self-help groups into confidence since the Congress party’s basic foundation is our ideology and the goal. We will face defeat, the moment we stay away from our ideologies and goals, so be serious and be dedicated and committed to our ideologies. We will take a pledge that we will all stick to our ideologies and goals. It should be noted that Congress has gained more number of seats in the gram panchayat elections despite BJP’s money and administration power. We have educated as well as non-educated party supporters, but we will all work in unity irrespective of our nature and education, with an only aim to strengthen Congress Party and make it come back to power in the state, for the betterment and good service to the people of Karnataka. My prediction is that we will be number one in the state again”, said D K Shivakumar.