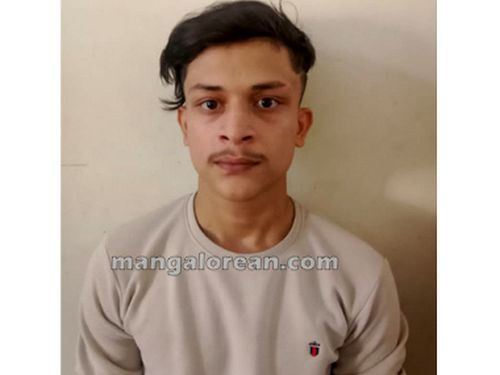 Kundapur: The Kundapur Police succeeded in arresting the theft accused who had escaped on October 21 while shifting to prison in Kundapur.

The accused has been identified as Mohammad Rahik (22), from Bhatkal.

According to the police, on October 20, Mohammad Rahik was arrested in a mobile shop theft case in Beejadi. He was produced before the court and sent to judicial custody. When the Kundapur police were taking the accused to the Hiriyadka Sub jail, he escaped from their custody.

Under the direction of SP Akshay M and the guidance of Additional SP, S T Siddalingappa, DySP Kundapur Shrikanth and the leadership of Gopikrishna CPI Kundapur two teams led by PSI Sadashiv Gowroji and PSI Prasad started the search operations. The accused was arrested in Mumbai and produced before the court where he was sent to judicial custody.

The accused is involved in many theft cases in Manipal, Mumbai and other places.