Home Mangalorean News Local News These are all rumours, says Yediyurappa on his resignation 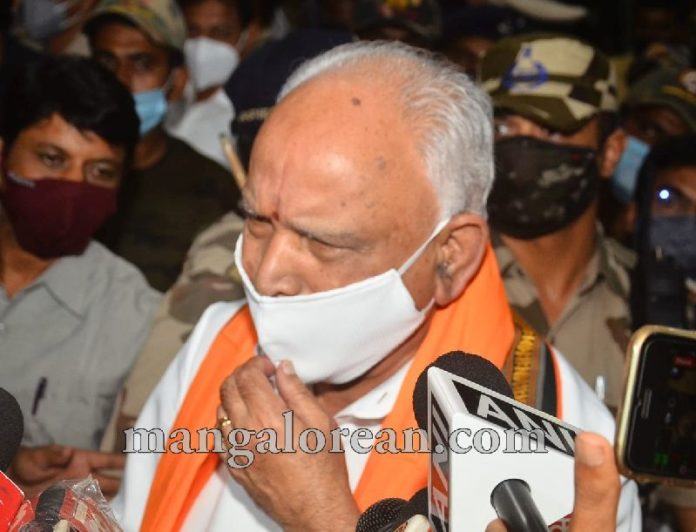 These are all rumours, says Yediyurappa on his resignation

New Delhi: Amid rumours of his resignation, Karnataka chief minister B.S. Yediyurappa on Saturday said it is not true at all.

After meeting with the Prime Minister, there was speculation that he has offered to resign.

When asked about change of gaurd in Karnataka ahead of his meeting with BJP Chief J.P. Nadda on Saturday, Yediyurappa termed it rumours and said, “These are all rumours. Yesterday I met Prime Minister Narendra Modi and discussed about development of the state. I am coming back to Delhi in the first week of the next month. There is no value for such news.”

When asked, has he resigned? Yediyurappa said, “Not at all, not at all.”

Today, Yediyurappa also met BJP chief Nadda and after the meeting once again denied any talk of his resignation. He will also be meeting Union Home Minister Amit Shah and Defence Minister Rajnath Singh.

Sources in the saffron camp, however, said that Yediyurappa has offered to resign and his days in office are numbered.

On Friday after meeting Prime Minister, Yediyurappa, however, had said that he is not aware of a change of leadership in the state.

“I don’t know about it. You (media) must tell me,” Yediyurappa had said.

Karnataka chief minister’s visit to New Delhi came in the backdrop of growing voices against him in the state unit. “There are lots of opposition within the party against the chief minister and the issue is likely to be discussed in the meeting between Yediyurappa and central leadership. There are words doing the rounds that change of leadership is likely to take place in Karnataka,” a party functionary said.

Recently, BJP national general secretary and Karnataka in-charge, Arun Singh had visited the state and had met party’s MLAs. Singh had said that the chief minister had the support of the party leadership and the Yediyurappa government is doing good work.