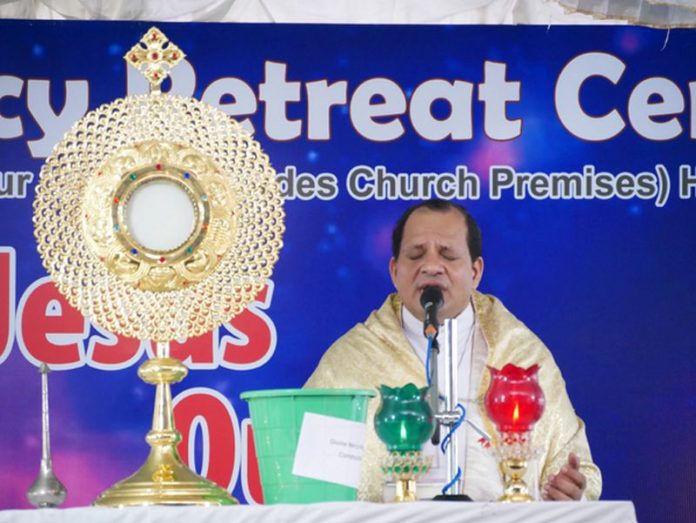 A two-day Konkani Bible Convention led by Bro. Prakash D’Souza and team, Divine Mercy Prayer group from Mumbai together with Fr Franklin D’Souza of Diocese of Shivamogga and Fr Roshan Monteiro OCD was organised in a grand manner under the banner of The Divine Mercy Retreat Center (DMRC), Halasuru, Archdiocese of Bangalore. The convention was held at Our Lady of Lourdes Church grounds. The theme of the convention was “Jesus the Healer”. Bro. William D’Souza led the Praise and Worship. 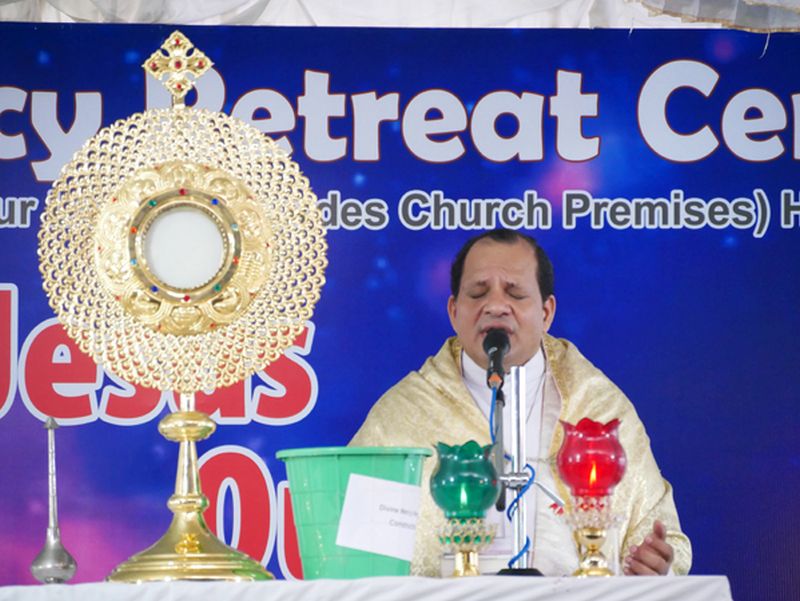 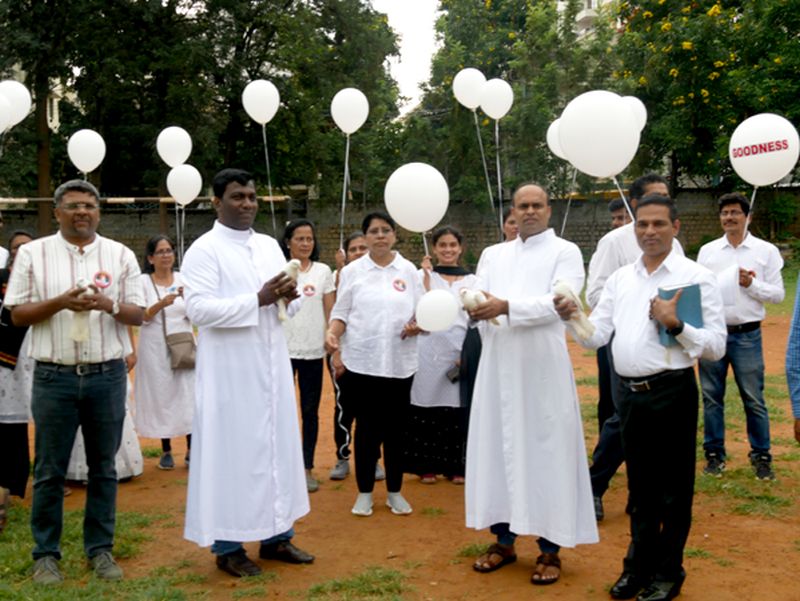 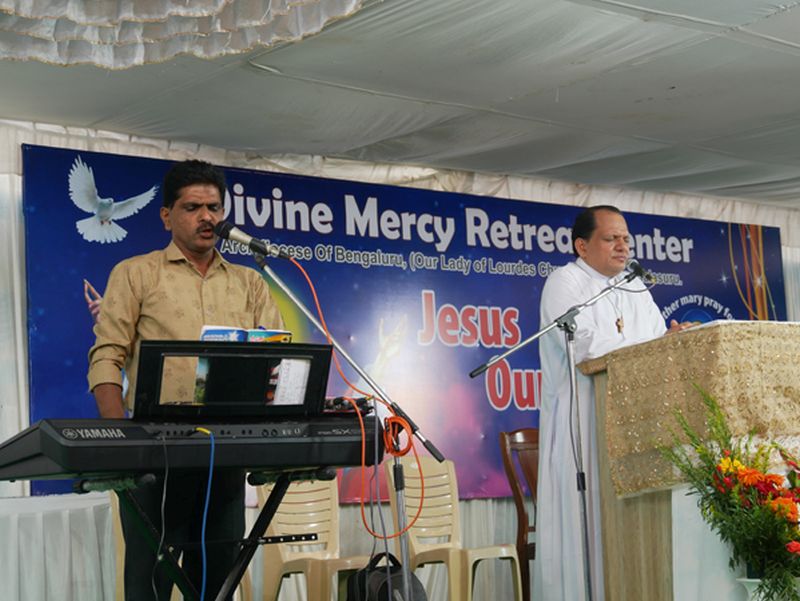 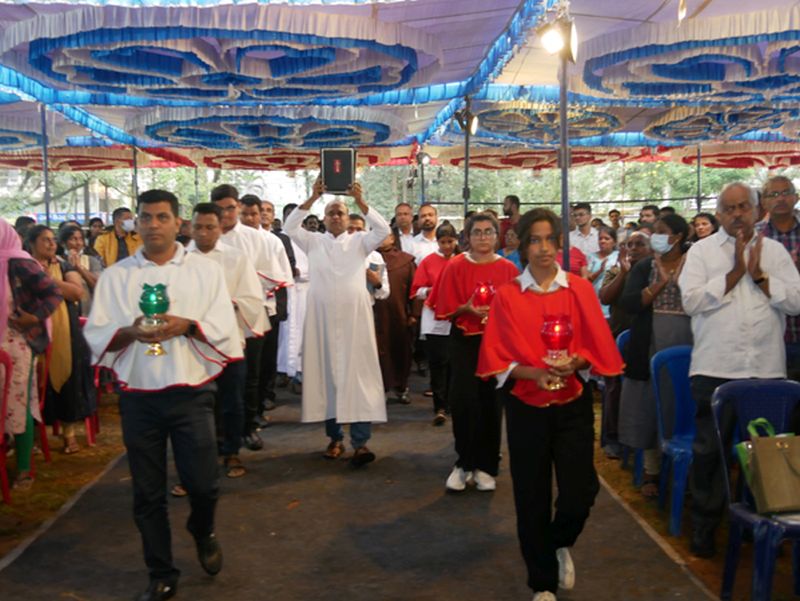 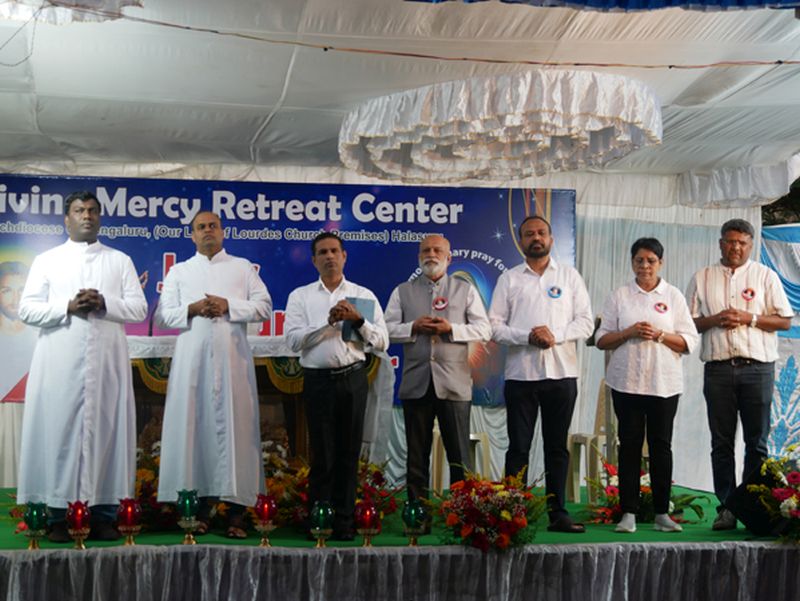 The first day’s programme concluded with a concelebrated holy mass officiated by Archbishop Emeritus Most Rev. Bernard Moras, of the Archdiocese of Bangalore.

The second day’s programme began with Praise and Worship led by Bro. Prakash D’Souza and Divine Mercy Prayer group of Mumbai. Fr Roshan Monteiro OCD from Bangalore then spoke on “Anointing and its effects in Christian life”. Bro. Prakash D’Souza then led the session on “Sin and forgiveness”. This was followed by lunch for all.

The afternoon session began with Bro. Prakash D’Souza and team leading the praise and worship. Fr Franklin D’Souza then spoke on “forming our conscience through the Word of God which is the Voice of God”. He based his preaching on Mark 6:17-29. 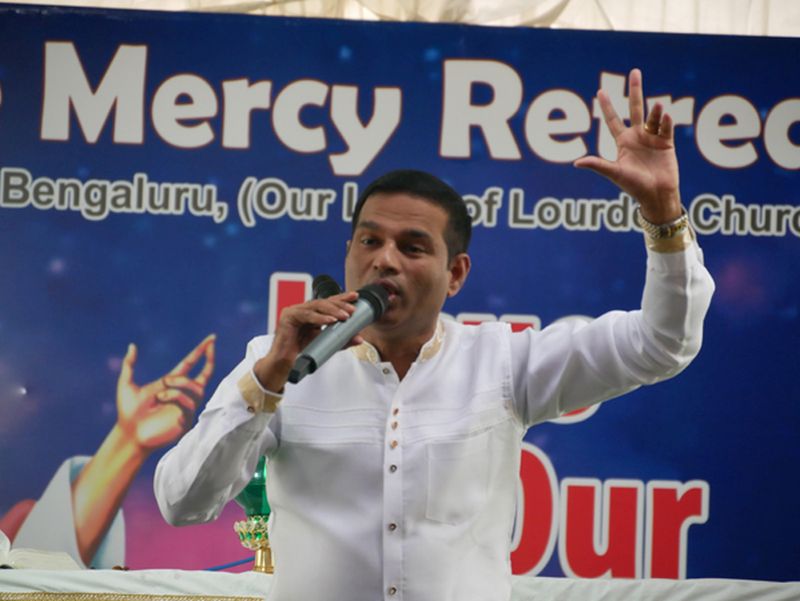 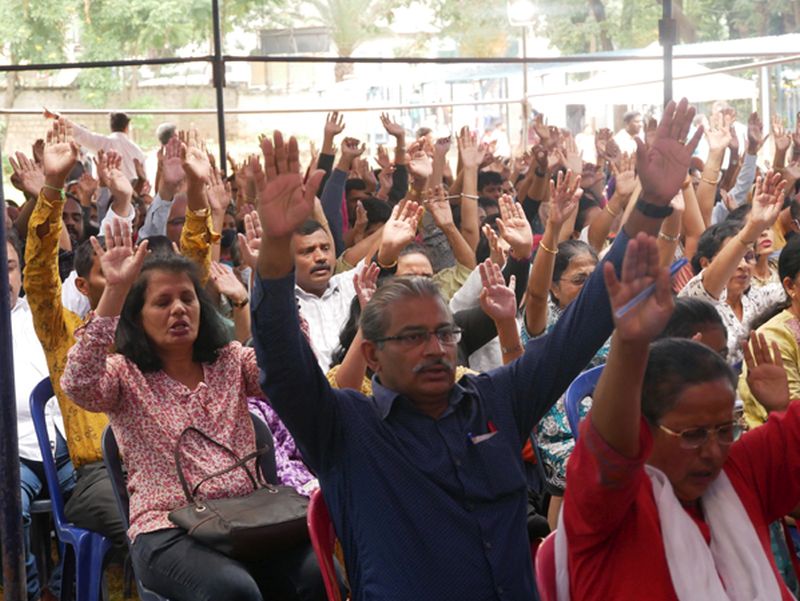 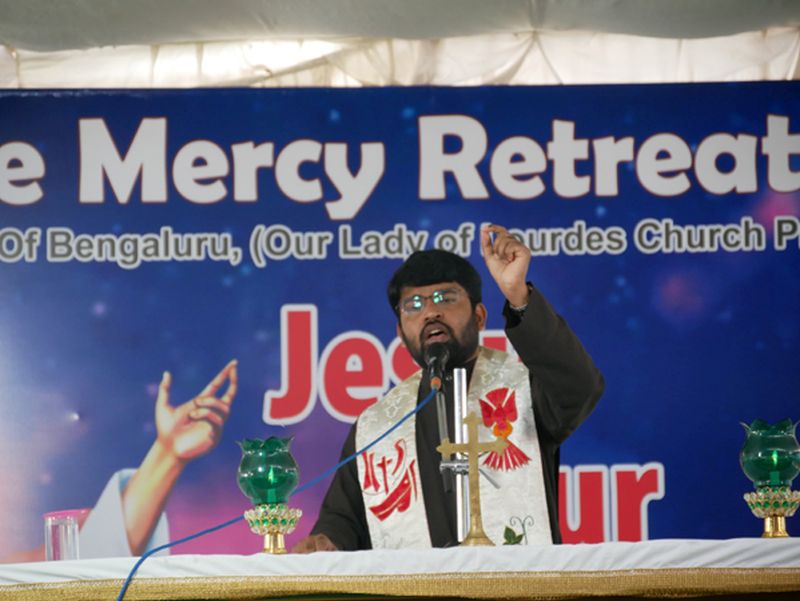 Bro. Prakash D’Souza led the healing adoration together with Fr Franklin D’Souza. Special prayers for healing were held. The programme concluded with Concelebrated high mass with His Grace Most Rev.Dr Peter Machado, Archbishop of Archdiocese of Bangalore being the main celebrant.

In the end, on behalf of Konkani Speaking community, Mr Maxi Fernandes proposed the vote of thanks. He expressed gratitude to all those who were the reason for the success of the two days convention. In addition to the Archbishops, Brother Prakash, Fr Franklin, Bro William and teams, he had special words of gratitude for Ms Nelly Prichard for her tireless and selfless work in making the convention a success. He thanked Rev Fr Arokya Swamy D, Parish Priest, Our Lady of Lourdes Church and Bro. Amruth Raj for his support for the event.

He also thanked all the volunteers for their relentless efforts and for leaving no stone unturned to make the event so successful. 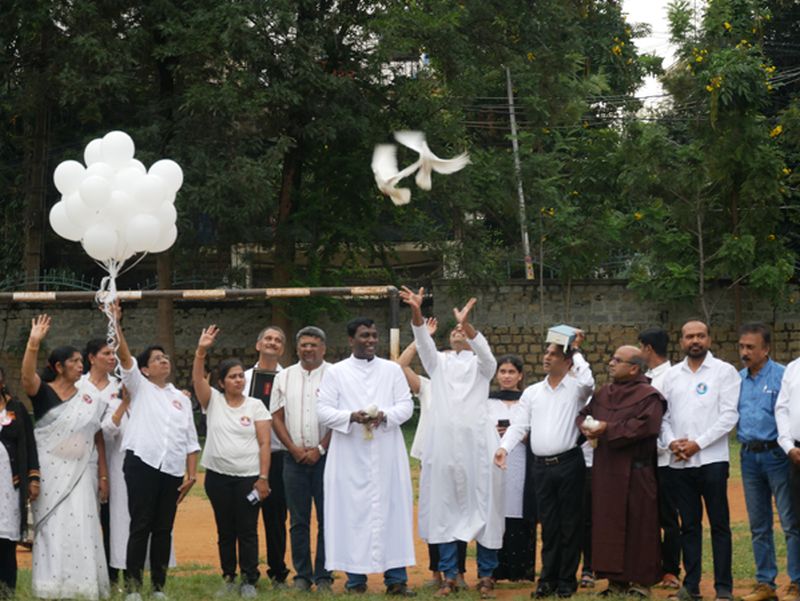 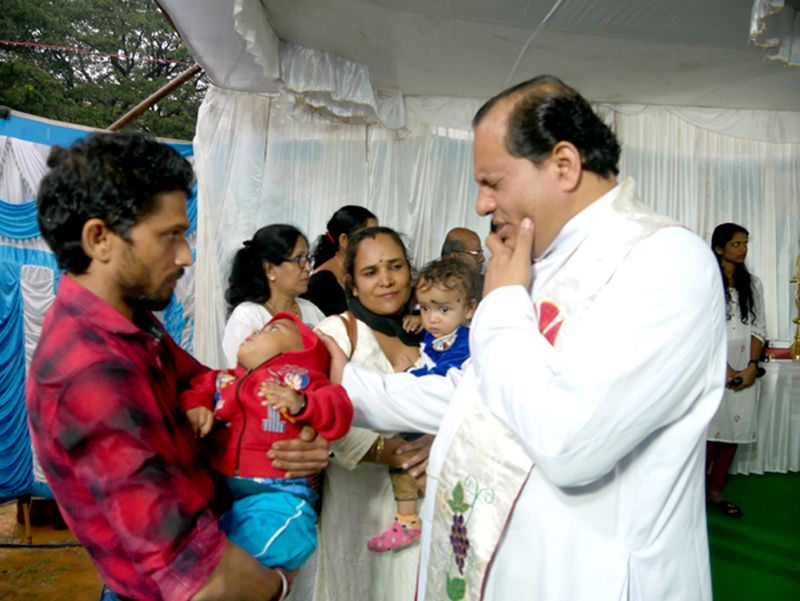 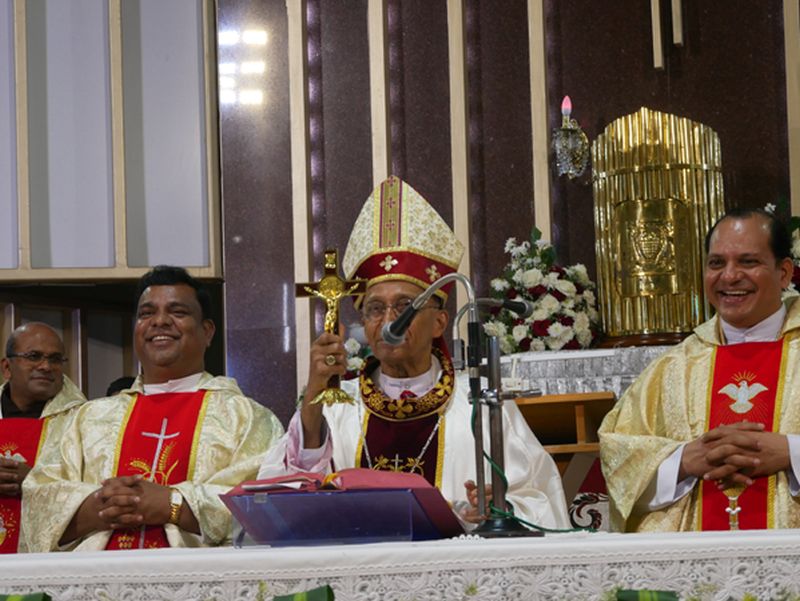 He expressed gratitude to Silvian Noronha and the FKCA, which had publicised the convention through its member associations as one of the initiatives of its Silver Jubilee year and had also sponsored the lunch and refreshments for the event.

While the second day had a gathering of over 2,500, the first day was a little lesser due to the inclement weather.