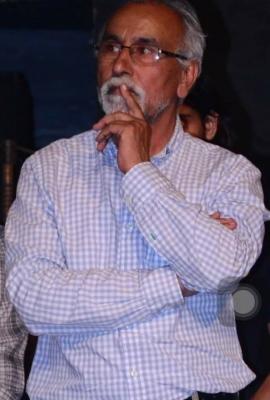 Thousands of farm workers, landless labourers being mobilised for protests by BKU

New Delhi: With a view to mobilise farm workers and contract labourers to proceed to the protest site at the Tikri border, the Bhartiya Kisan Union (Ugrahan) has decided to undertake a massive drive across villages near Moga, Mansa, Sangrur, Jalandhar and Patiala.

BKU (Ugrahan) members have been actively taking meetings in these villages. Speaking to IANS, Amolak Singh, the state President of Punjab Lok Sabhayarak Manch, who is overseeing the drive, said that 2,000 farm workers had already left for the massive tractor rally, and more are being mobilised.

Stressing that it is important for the union to involve farm workers in the protests as landowners and farmers had become the ‘face’ of the agitation, he said, “It is a misconception that the new laws will affect only the farmers. Their ramifications will be felt by everybody connected to agriculture.”

Singh feels that the move is also important in order to ensure that the landowning class does not see the farm workers as the ‘other’ once the agitation is over. “A village has very peculiar class dynamics. Besides other things, the unions must also ensure that no one feels superior — in this case, landowners should not assume that their role in opposing the new laws has been more than the farm workers and the landless labourers.”

Interestingly, besides traditional ways of mobilising workers, social media is being extensively used to exhort farm workers to join the agitation. “We all are aware about the extremely high penetration of smartphones, even in the rural sector. Small videos for those who cannot read and posters etc. are being sent by our social media teams, not just to farm workers but also the general population in villages to join the agitators,” says another union member.

Singh added that the small traders in the villages are also being “educated” about the effects of the new laws.

“The village economy is very fragile and highly interdependent. A trader is much dependent on the farmer and vice versa. As a union, we feel that it is important that everyone is acquainted about this fact and encouraged to oppose the new laws,” Singh said.