Home Agency News Three’s A Murder: When UP biscuit baron’s son got wife killed for... 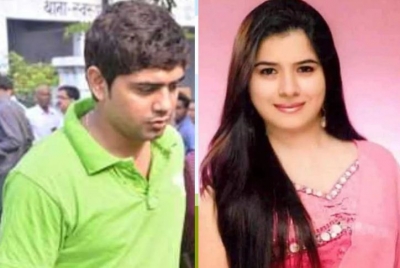 Three’s A Murder: When UP biscuit baron’s son got wife killed for the ‘other woman’

He was the son of a biscuit baron and she was the daughter of a paan masala company owner.

Lucknow: He was the son of a biscuit baron and she was the daughter of a paan masala company owner.

Their love affair was passionate and intense but the only problem was that he was married.

Piyush Shyamdasani, scion of a leading business family of Kanpur, planned the murder of his wife so that he could continue his relationship with another woman — Manisha Makhija, the daughter of a paan masala baron.

On July 27, 2014, Piyush informed the police that after dinner at a restaurant while he was getting into the car, some motorcyclists assaulted him and took his wife Jyoti, 26, away with the car.

At around 2 a.m the same night, the police recovered the car with the body of Jyoti. The body had 17 stab wounds, four of them were on the neck and four on the abdomen.

Within the next 24 hours, Piyush was arrested after questioning in which he confessed to the crime.

He told the police about the persons he had hired with the help of his driver Awadhesh to commit the crime. They were Renu, Sonu and Ashish.

During interrogation, Piyush confessed that he had planned to eliminate Jyoti twice earlier, but his plans went awry.

“I had planned to finish her on July 13 but it rained heavily that day and we could not move out of the house. The same thing happened on July 20 but finally, on July 27, the plan was executed,” he said.

After Piyush and Jyoti left the restaurant in their car, four persons accosted them on the way. They were Awadhesh, Renu, Sonu and Ashish.

Piyush conveniently got out of the car and allowed the four to drive away with Jyoti in it. As Piyush got out of the car, Jyoti tried to stop him and screamed “Tum achcha nahin kar rahe ho.” (You are not doing the right thing). Some strands of Piyush’s hair were later found in Jyoti’s hand.

The four drove away in the car with Jyoti and abandoned the vehicle after killing her in Panki area.

Jyoti’s father Shankar Nagdev, a top businessman from Jabalpur, said, “We fought long for justice for my innocent daughter. I always believed in our judicial system and my faith has just doubled.”

The Kanpur district court on October 21, 2022 sentenced six people, including Piyush Shyamdasani and his paramour Manisha Makhija, to life imprisonment.

All of them were found guilty of conspiracy, murder and destruction of evidence.

Renu and Sonu were also convicted under the Arms Act as the murder weapon was found on them.

Piyush’s mother Poonam and brothers Kamlesh and Mukesh Shyamdasani were acquitted for lack of evidence.

The police had charged them under section 202 of the IPC for hiding information.

“This was undoubtedly a crime of passion. The call details of Piyush and Manisha revealed that they had spoken to each other more than 5,500 times on the mobile. They had exchanged about 2200 messages. They spoke 18 times to each other during the time of the incident. What is surprising is that the two accused were educated and belonged to high profile families and yet did not think twice before doing what they did,” said a senior police officer who was involved in the investigation of the case.

He said that Piyush was confident that his family’s connections with powerful and influential people would help him in getting away with murder — quite literally.

The officer, now of ADG rank, spoke on condition of anonymity and said that crimes of passion have now become the order of the day.

“The only thing is that they do not get highlighted in the media unless the case is related to the high and mighty. Almost every other day, there are cases where a husband has killed his wife or a woman has killed her husband over extra marital affairs. But since these cases come from semi-urban and rural areas, the media is not interested in highlighting them,” he said.

Citing the example of the Azamgarh incident where the body parts of a woman were found in a well earlier this week, the officer said, “The media did not highlight the case even though it was strikingly similar to the Shraddha Walkar case. The woman’s head has not been found and her identity has not been ascertained.”

Dr S K Sharma, a psychiatrist, said that the spurt in crimes of passion – in all sections of society – was a result of ‘social liberation and exposure through internet.’

“Live-in relationships have become ‘fashionable’ even in rural areas and murder is an easy way out in case there is any resistance. The institution of marriage is crumbling and parents are also to be blamed for not inculcating the right values in their children,” he explained.

Shahira Naim, a social activist associated with Humsafar, an NGO that deals with violence against women and youth, said, “Crimes of passion are a result of the breakdown in our value system. We are a society in transition and the young generation is caught in the vortex of this change. Live-in relationships provide ample opportunity for exploitation because there is absolutely no parental or family pressure. The couple feels no moral responsibility towards each other and the relationship, at times, leads to substance abuse.”