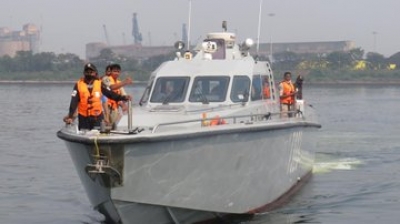 The Indian Coast Guard and the Tamil Nadu Coastal police are on high alert after four people were arrested mid-sea near Rameswaram on Monday with 500 gm of Hashish oil and 300 kg of ganja.

Chennai: The Indian Coast Guard and the Tamil Nadu Coastal police are on high alert after four people were arrested mid-sea near Rameswaram on Monday with 500 gm of Hashish oil and 300 kg of ganja.

NCB officials had tipped-off the Indian Coast Guard about a fishing boat that was carrying the substance. Coast Guard sleuths intercepted the boat and arrested four people along with the drug.

Sources in the NCB told IANS that Ganja and Hashish oil were handed over to the fishermen by an operative from Ramanathapuram and that the substance was for delivery to a Sri Lankan fishing boat mid-sea. However, on finding that the Indian fishing boat was intercepted mid-sea by the Coast Guard, the Sri Lankan vessel went back.

Central Intelligence agencies have also commenced investigation into the source of the drugs and the person who had handed over the substance. It may be noted that 300 kg of heroin and five AK-47 assault rifles were seized from a vessel in March 2021 from a Sri Lankan boat off the Kerala coast.

The National Investigation Agency (NIA) conducted an investigation and found that Suresh Raj, a Tamil national who was staying illegally in Angamaly, Kerala for several years, was the kingpin behind the smuggling of drugs and weapons from Pakistan and Iran to Sri Lanka.

While Suresh Raj was the coordinator in this smuggling racket, a former LTTE intelligence operative, Satkunam was considered the key conspirator and handler in the case.

The central agencies have commenced investigation into the arrest of four people off Ramanathapuram coast on Monday. It is probing whether the drug syndicate was smuggling a small quantity of ganja and hashish oil to make sure that the track was safe.

Sources told IANS that the busting of this drug route would lead to a major withdrawal of the drug syndicate connecting India and Sri Lanka. The agencies are also probing whether any major rackets procuring the banned drugs are using the network to deliver the contraband to Sri Lanka.