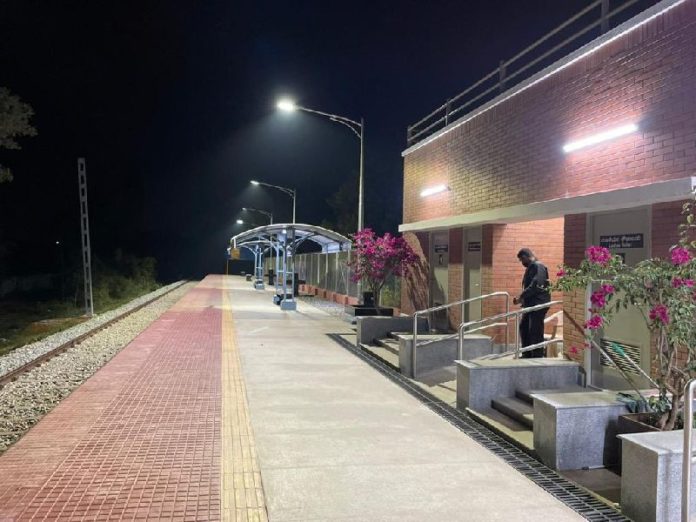 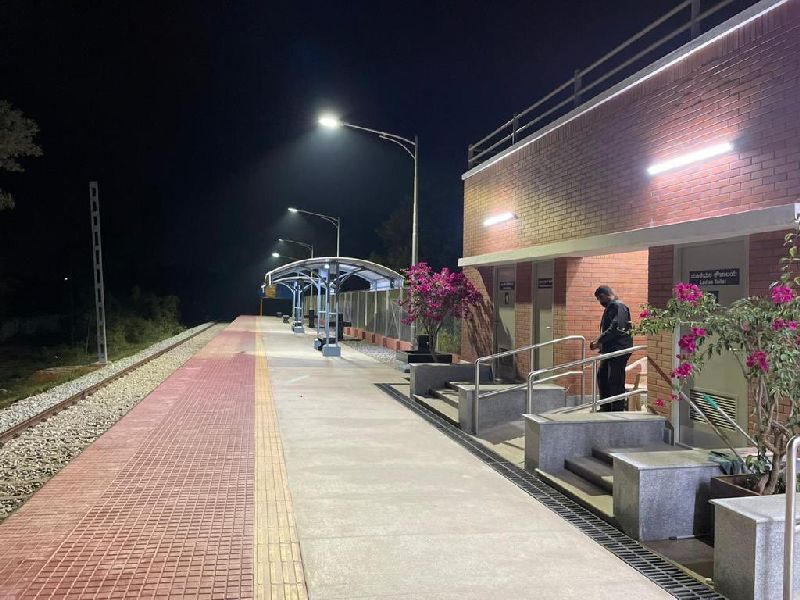 The first of the 10 trains on the Airport line rolled out from the K S R Bengaluru Railway Station exactly at 04:45 hrs. Member of Parliament P C Mohan, railway officials and media personnel were among the first passengers to take the maiden train trip to the airport.

For rail activists campaigning for this critical rail link for years, the Monday morning trip was the culmination of a long, tiring struggle. The train connectivity will now be available for thousands of airport workers and passengers at Rs 10 per ticket.

“A small step by Railways but a giant leap in Bengaluru Airport connectivity to the main city. Congratulations BIAL,” tweeted the Divisional Railway Manager, SWR. The Halt Station was built by the Bangalore International Airport Limited (BIAL). BIAL has also arranged the shuttle bus services between the station and the terminals free-of-cost.

In a tweet, Railway Minister Piyush Goyal said, “This will go a long way in enhancing last-mile connectivity to Bengaluru airport, (it will) benefit lakhs of people and reduce the traffic congestion drastically.”

Available on all days except Sundays, the trains on the airport line will cost Rs 10 for commuters boarding from Yeshwanthpur and Rs 15 for those boarding at the Cantonment Station. Airportbound passengers and workers could take the Metro and hop on to the airport trains at Yeshwanthpur, K S R Station or at Baiyappanahalli Metro Terminal.

Five pairs of trains have commenced operations with a one-minute stoppage at the KIA Halt Station. Two of these are from K S R Bengaluru Station, one from Yelahanka and two from Yeshwanthpur. The number and frequency of trains could increase once the Railways and BIAL comes to an understanding on the peak hour traffic of arrivals and departures.

The first train on Monday reached the Halt Station at 5.50 am, an hour and five minutes after departure from the K S R Station. However, the journey time is expected to drastically reduce once the line is doubled or a crossing station comes up at Doddajala.

Although air passengers will not find immediate benefit due to the low frequency, many taking early morning flights are likely to switch to the airport train.