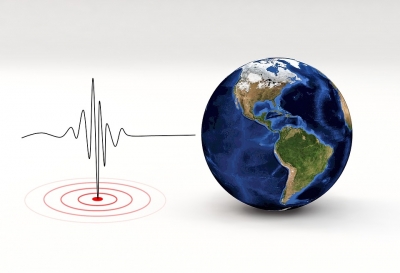 Tremors felt in Rajasthan, no loss of life reported

On Sunday night, the people came out of their homes out of fear as the doors and windows rattled in many cities.

The epicentre of the earthquake was several kilometers below the ground in Jaipur and Ganganagar districts.

According to the information, the first earthquake was reported in Anupgarh of Sri Ganganagar. Its centre was very close to the Pakistan border and 10 km below the ground. The tremors were felt here at around 12.27 a.m. with an intensity of 3.7 on the Richter scale.

After 8 minutes, a tremor was felt in Jaipur too. This time the intensity was recorded at 3.6 on the Richter scale. The epicentre of this earthquake was between Fagi and Chaksu in Jaipur. It was also about 10 kilometers from the earth