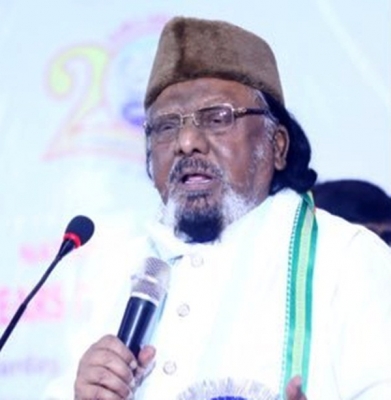 Party insiders said that on Tuesday evening, the state Legislative party convened a meeting to update the MLAs about the dos and don’ts when the session is on.

In the meeting, which was chaired by the state president Subrata Bakshi, party veterans stressed on the regular attendance of the MLAs during Assembly sessions, and to attend the meetings of the different standing committees.

During the meeting, Chowdhury — one of the seniormost members of the state — insisted on saying something. When allowed, he said that it would have been better if the chief minister comes to Assembly at an interval of three to four days and stays at least for an hour while the house is in session.

He also referred to his long experience as an elected legislator from Islampur since 1967 where he witnessed former chief ministers like Late Ajay Mukherjee, Late Siddhartha Shankar Ray, Late Jyoti Basu and Buddhadeb Bhattacharjee regularly attending the assembly sessions.

Understanding that the matter can take a serious turn if Chowdhury is allowed to continue, Subrata Bakshi, who was chairing the meeting interrupted and asked him to take his seat without continuing further.

However, later asked about his comments in the meeting, Chowdhury got into a defensive mood. “I would not want to say what I had said in an internal party meeting. The importance of the Assembly session surely gains more importance on days when the chief minister is present,” he said.

Abdul Karim Chowdhury had been an 11-time elected legislator from Islampur Assembly constituency in North Dinajpur district since 1967.