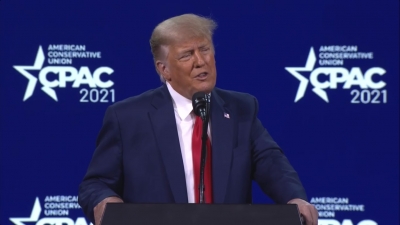 It’s reported that a Manhattan grand jury indicted the Trump Organization and Weisselberg on Wednesday.

Weisselberg and the Trump Organization would be arraigned later on Thursday at a lower Manhattan court, Xinhua reported.

US former President Donald Trump isn’t expected to be charged in the case.

The charges result from a multi-year investigation by the office of Manhattan District Attorney Cyrus Vance Jr., who doesn’t run for re-election and would leave his office at the end of 2021.

Vance has been working on the investigation for around two years covering hush money paid to females on Trump’s behalf, tax practices, property valuations and others.

Weisselberg is now being used by the Manhattan District Attorney as a pawn in a scorched earth attempt to harm the former US president, according to a statement by the Trump Organization on Thursday.

“The District Attorney is bringing a criminal prosecution involving employee benefits that neither the IRS nor any other District Attorney would ever think of bringing. This is not justice; this is politics,” added the statement.

At the end of May, prosecutors from New York City convened a special grand jury to look into evidence in a criminal investigation involving Trump.