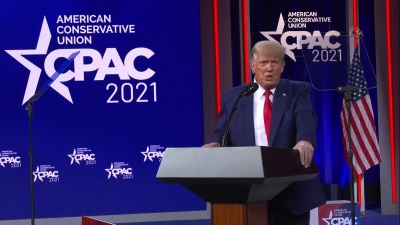 Washington:  Former US President Donald Trump will make a social media comeback on “his own platform” in the next two or three months, an advisor has said.

The former advisor, Jason Miller, made the remarks on Sunday during an appearance on Fox News, The Hill news website reported.

According to Miller, the former President’s platform would “completely redefine the game” and rake in “tens of millions” of users.

He did not provide any further details of the supposed platform, but added that “everybody is going to be waiting and watching to see what exactly President Trump does”, the BBC rported.

Miller further said that Trump has had “high-powered meetings” with various teams regarding the venture at his Mar-a-Lago resort in Florida.

“This new platform is going to be big,” he added.

There was however no official comment from Trump representatives on the claims.

But few days later, the micro-blogging platform said that it was permanently suspending the former President’s account “due to the risk of further incitement of violence”.

The was also suspended from gaming platform Twitch and multimedia messaging app Snapchat.