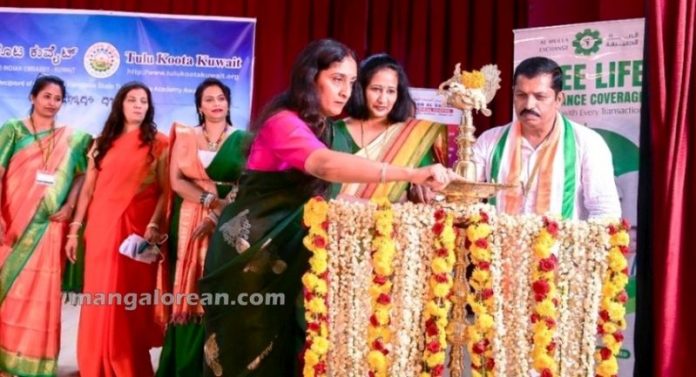 Kuwait: Tulu Koota Kuwait hosted the 23rd year celebration of the annual Tulu Parba competitions on Friday, September 23rd, 2022 at Indian Community School Kuwait, Salmiya. The theme of the competition was in commemoration of ‘Azadi Ka Amrit Mahotsav’- the celebration of the 75th year of Indian Independence. 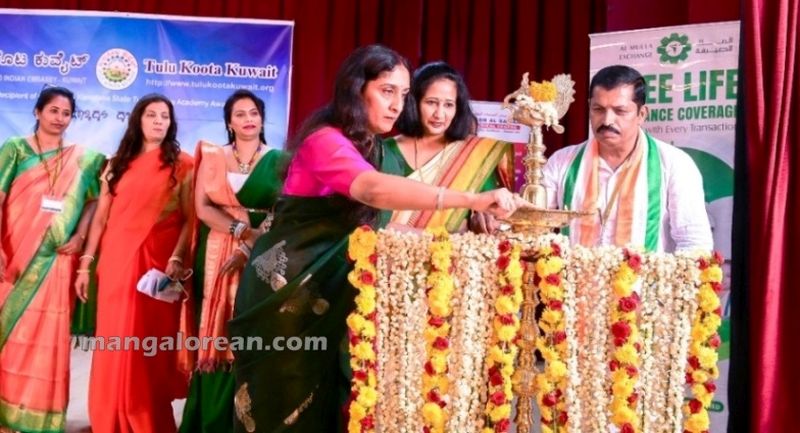 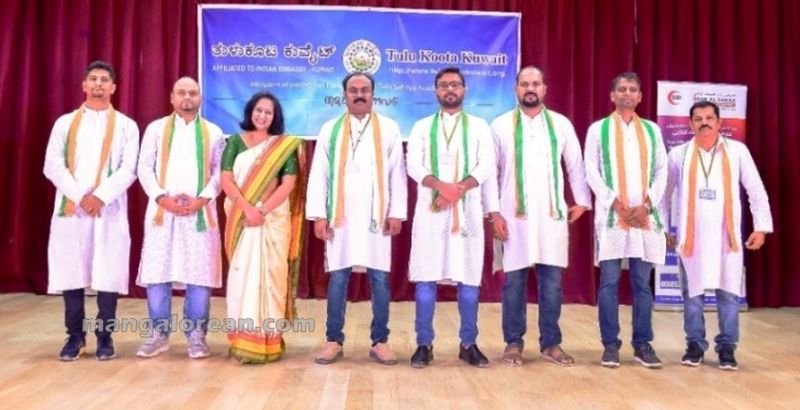 The program started with the National Anthem of Kuwait and India, followed by the prayer and welcome dance. Further, the management committee released the banner of the event Tulu Parba -2022 which will be held on October 28th, 2022 at the American International School, Maidan Hawally.

As per the theme, the kids dressed up in tri-colour and performed with the Indian flag to mark the celebration of the 75th year of Indian Independence followed by the entry of three masters of ceremonies, in orange, white -blue, and green coloured Indian costume and welcomed the audience, symbolizing different colours as in the Indian flag and introduced the importance of the same. The program was inaugurated by the committee ladies and coordinator, Mr Shankar Shetty with the lighting of the lamp. TKK president, Mr Sanath Shetty in his inaugural speech welcomed all the members to take part actively in the competitions. He also encouraged and wished all the participants success in all of the competitions. 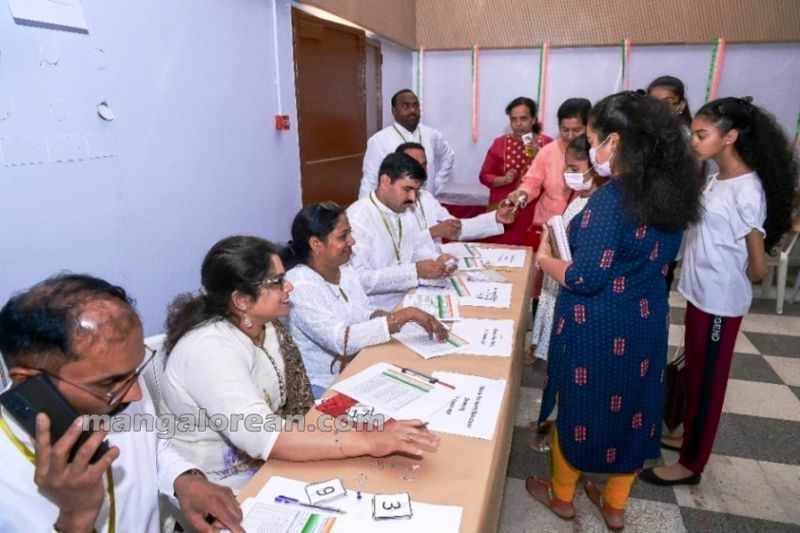 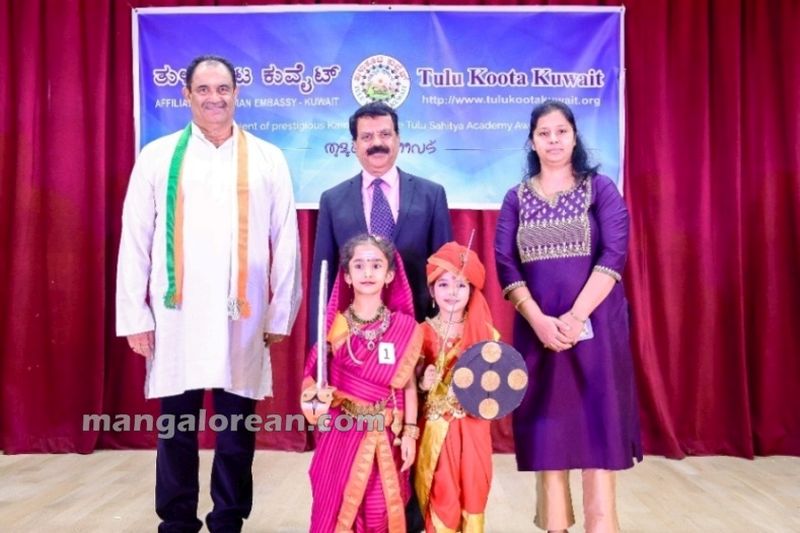 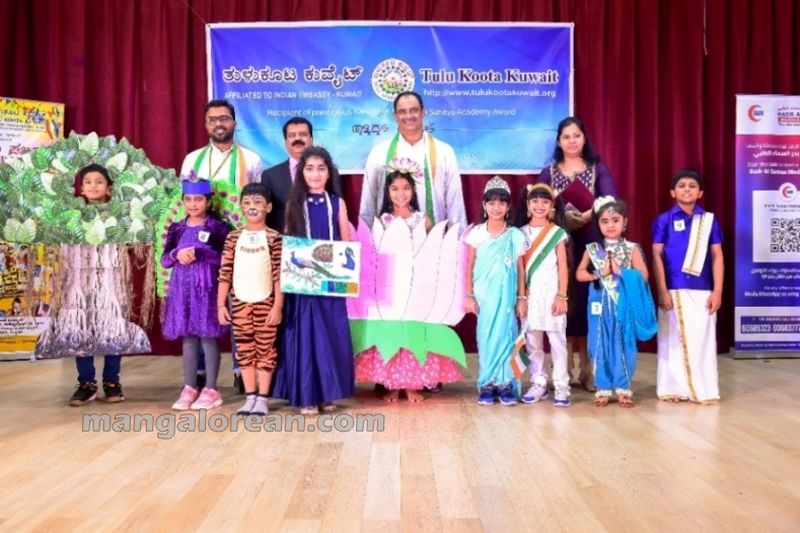 The program kicked off with various competitions for different age groups, starting from newborn baby contests to open to all categories.

‘Maa Tujhe Salam’ (Photo contest) for 0-2 years babies was to send a creative photo of the baby dressed in tri-colour. The babies wore or incorporated the tri-colour theme very artistically, which can be seen on Tulu Koota Kuwait Youtube Channel(https://www.youtube.com/channel TKK). 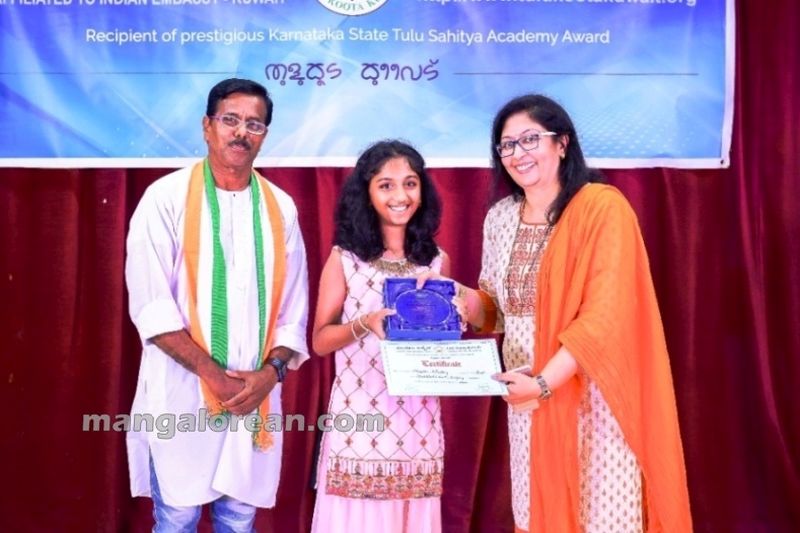 The 4-6-year-old kids appeared on the stage dressed in the costume of Indian freedom fighters, in the ‘Yeh Desh Hai Veer Jawanon Ka’ competition, and delivered popular punchlines made by the freedom fighters, which brought goosebump-worthy moments to the audience. The same age group of children participated in the competition to colour a line drawing provided by Tulu Koota. The picture provided had the theme of the 75 years of Independence. The ‘Show n tell’ competition was for the age group 6-9 years with the theme of National Symbols of India, where kids came as national symbols – Peacock, Tiger, Banyan tree, River Ganga, Lotus flower which was a feast for the eyes. The hard work of kids and their parent’s efforts were visible on the stage to the fully packed enthusiastic audience in the auditorium. The same group of kids had a creative drawing of the ‘Azadi Ka Amrit Mahotsav’ theme, where the young artists showed their creativity in various drawings.

Kids aged from 9-12 participated energetically in the Solo Dance and Quiz competition. In the solo dance, kids showed an enthralling performance, depicting patriotism. The quiz consisted of questions signifying ‘My India’ related to Indian monuments, great personalities, freedom fighters, etc, which was arduous for the young genius minds.

The teenagers from 12-15 years had very innovative ideas for their tri-colour kite-making competition. The tri-coloured kites made by the children flew brightly in the sky. They also had ‘Desh Bhakti Geeth’ performed by many youngsters who sang various patriotic songs
beautifully. 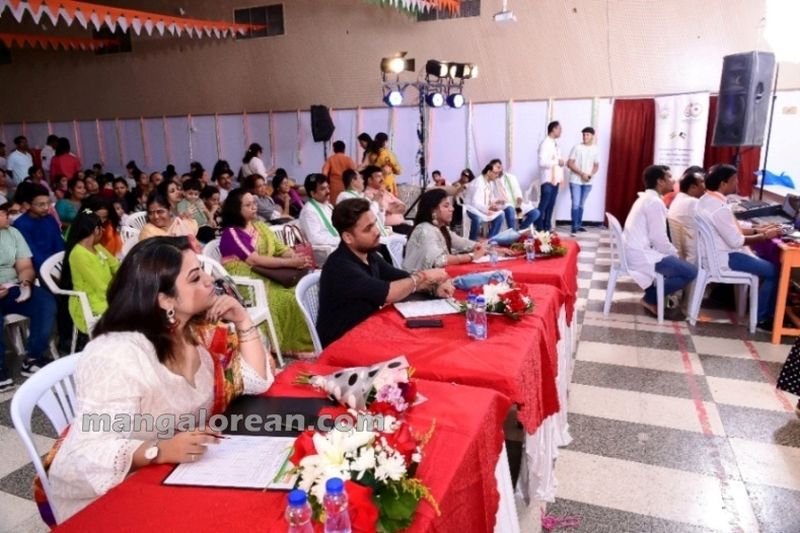 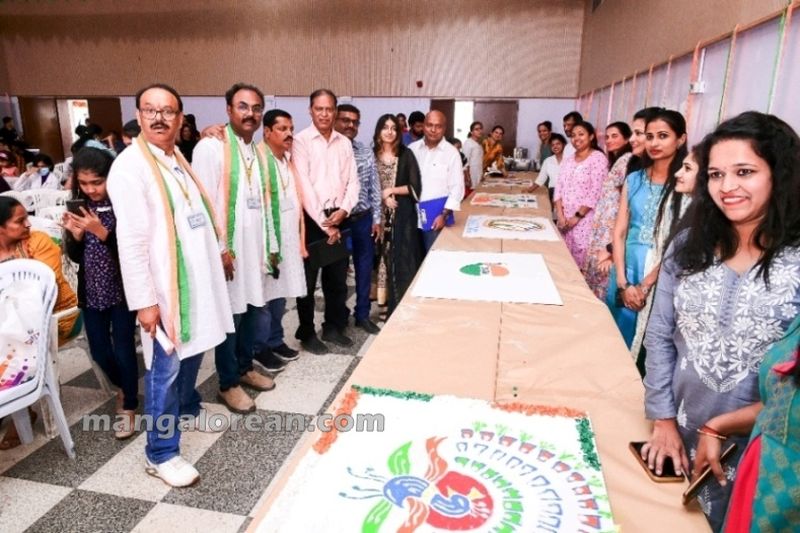 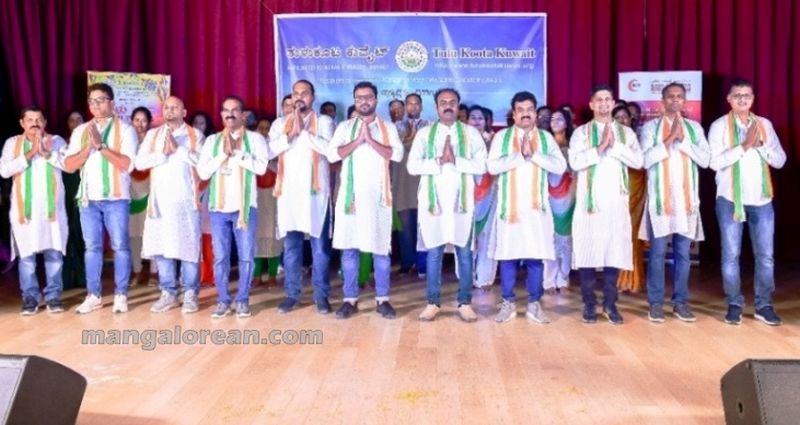 A Rangoli Competition which was open to all was quite original as the participants were allowed to use any material they found suitable. The colourful Rangoli competition was named ‘Desh Ke Rang’. The ‘My Talent’ was a category that was also open to all. It consisted of various talents like drawing, singing, instrumentalists, and dance.

All the competitions were judged by experts in their respective fields and Tulu Koota Kuwait extends its whole-hearted gratitude to all the honourable judges.

The event was a grand success with a record number of participants. There were a large number of enthusiastic participants and their parents who actively prepared their kids for the competitions. The program was well appreciated by all the Judges and hundreds of viewers who were present at the venue. The success of the event is attributed to the entire TKK family, who showed active participation in the whole event. Once again, TKK extends deep appreciation and gratitude to all who have helped to make this event a grand success.

Tulu Koota Kuwait extended their thanks to Sangeeta Restaurant for arranging food, Mr Manoj Kumar for the preparation of the banner of the event and Tulu Parba. Mr Abdul Razak, Manager of Badr Al Samaa for providing the first aid booth at the venue. A special thanks to Al Mulla Exchange for giving an opportunity to send money on the spot with attractive prices. TKK also thanks all the event sponsors and other sponsors including Oriental Restaurant for their continued support throughout the year.

The program concluded with the prize distribution ceremony and the vote of thanks by Tulu Koota Kuwait joint secretary.

UP vendor loses legs in train mishap during police raids