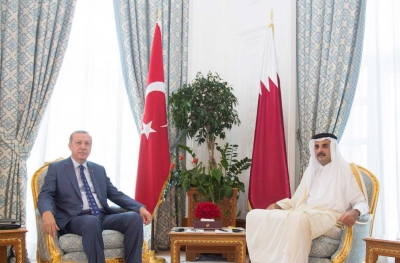 The agreements cover areas of shared use of communications infrastructure, food security, intellectual property, disaster and emergency management, as well as cultural exchanges, according to the report.

Turkey enjoys a deep historical friendship with Qatar. The two countries’ partnerships have also strengthened since the Supreme Strategic Committee was established in 2014, during which more than 80 bilateral agreements were signed and high-level meetings were frequent.