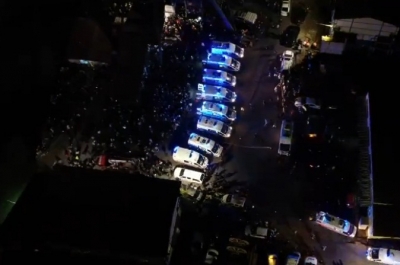 Turkish prosecutors launch probe into mine blast in Turkey

“I would like to express clearly to the public that this incident will be investigated and clarified in all its aspects. No matter how many questions there are, they will all be answered,” he added on Sunday.

Eleven others were injured and hospitalised in the explosion, which occurred 300 metre below ground on Friday at the Amasra Hard Coal Enterprise in Amasra town, state and local officials said.

If there is any negligence, fault, or deficiency, the law will do what is necessary, the Turkish Minister emphasized.

Bozdag said it was not possible to detect evidence inside the mine at present as the cooling works have not yet been completed, but promised that all requirements of the investigation will be meticulously fulfilled in the next period, Xinhua news agency reported.

Meanwhile, all the operations at the mine have been suspended until further notice and the teams continued to fight the fire in parts of the site, the Turkish Energy and Natural Resources Minister Fatih Donmez told reporters.

Initial findings indicate the blast was caused by firedamp, he said.