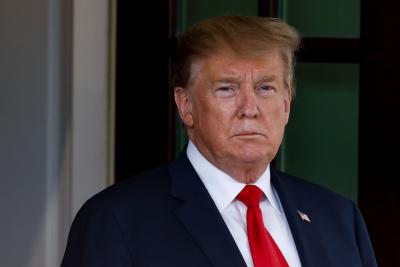 In a video on Wednesday, Trumpurged his supporters, who forced their way into the Capitol earlier in the day, to go home, but repeated his unsubstantiated claims about widespread fraud in the November 3, 2020, presidential election.

In a statement late Wednesday night, Twitter said that Trump’s personal Twitter account will be locked for 12 hours as he violated the platform’s violent threats policies and will be permanently suspended if he continues to do so, Xinhua news agency reported.

“Future violations of the Twitter Rules, including our Civic Integrity or Violent Threats policies, will result in permanent suspension of the @realDonaldTrump account,” Twitter Safety said in a statement.

Earlier in the day, several of the President’s tweets had been labelled “disputed” due to the fraud claims.

Meanwhile, Facebook did not initially remove the video and instead added a label about “accurate election info”.

The post was shared about 49,000 times within 30 minutes before it was removed, The Hill news website said in a report.

Regarding the development, Guy Rosen, Facebook’s vice president of integrity, said in a statement: “This is an emergency situation and we are taking appropriate emergency measures, including removing President Trump’s video.

“We removed it because on balance we believe it contributes to rather than diminishes the risk of ongoing violence.”

In a statement, YouTube spokesperson Alex Joseph said: “In addition, we’re continuing to raise up authoritative news sources on our home page, in search results and in recommendations. We will remain vigilant in the coming hours.”

On Wednesday, a woman was killed in gunfire inside the Capitol after Trump supporters stormed the building to disrupt the democratic functioning of Congress as it was in the middle of ratifying the election of Joe Biden as President and Kamala Harris as Vice President.

The chaos ultimately led to a lockdown and eventual evacuation at the Capitol.