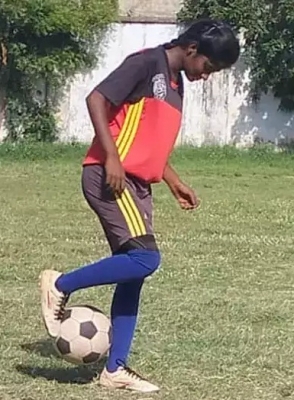 Five persons, including two doctors were booked under IPC’s Section 304 (A) for their negligence that led to the death of teenage footballer Priya in Tamil Nadu.

Chennai: Five persons, including two doctors were booked under IPC’s Section 304 (A) for their negligence that led to the death of teenage footballer Priya in Tamil Nadu.

The Pervallur police registered acase and commenced investigation into the events that led to the death of Priya who passed away following multi-organ failure on Tuesday.

The Tamil Nadu Health Department had constituted an expert committee to probe into the sequence of events that had led to her death and it submitted the report on Thursday.

The operating surgeon, theatre anaesthetist, duty medical officer, orthopaedic surgeon, and the post-operative ward staffer were held responsible for the death of Priya.

The Paravallur police have registered the case based on the complaint filed by the Priya’s father, Ravishankar. After the report from the committee was received the police altered the IPC section.

Priya was a student of Bsc Physical education at Queen Mary’s College and had suffered a knee injury on October 20 while she was playing at a practice match for the university football tournament.

The doctors at the Government Peripheral hospital did surgery on her and later her right leg was amputated at the Rajiv Gandhi Government General Hospital. She developed multi-organ failure and passed away on November 16.

Chief Minister M.K. Stalin handed over a solatium of Rs 10 lakh to the family of Priya after visiting her residence. He also handed over an appointment order to Priya’s elder brother in the state Health Department and also allotted a house to the deceased footballers’ family.