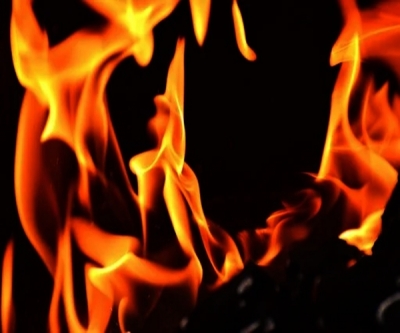 Police said that the six year-old boy had suffered serious burn injuries while his younger brother was discharged after primary treatment.

“At around 3.37 p.m. on Wednesday, a call regarding a fire in a house was received in the Mandawali police station,” said Priyanka Kashyap, the Deputy Commissioner of Police (DCP), East district.

“Acting on the call, an Emergency Response Vehicle (ERV) rushed to the spot, where the two minor children were trapped in the fire. They were immediately evacuated and taken to LBS Hospital.

“One of the boys aged three had sustained minor burn injuries and was discharged after receiving primary treatment while the other child suffered serious burn injuries and he was shifted to Safdarjung Hospital.

“Initial inquiry revealed that the children’s mother was cooking food when the fire broke out which spread possibly due to leakage of the gas. However, inquiry is on to ascertain the exact cause of fire and appropriate legal action will be taken accordingly.”