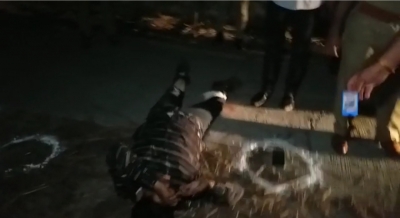 Noida: Two armed miscreants were arrested after a brief exchange of fire in Noida sector-24 on Saturday.

According to the information, during checking near Aravali Chowki, a suspicious motorcycle was signalled to stop by the police. On which the miscreants tried to escape instead of stopping and opened fire on the police team. In self-defence, police retaliate to the firing in which miscreants got injured and were subsequently arrested.

The miscreants arrested were identified as Shabir Ansari alias Chhotu and Riyazuddin.

The injured miscreants were sent to the hospital for treatment.

In past, the miscreants carried out several loots in Delhi, Faridabad, Ghaziabad and Noida.

The police are investigating criminal history and other information of the miscreants.