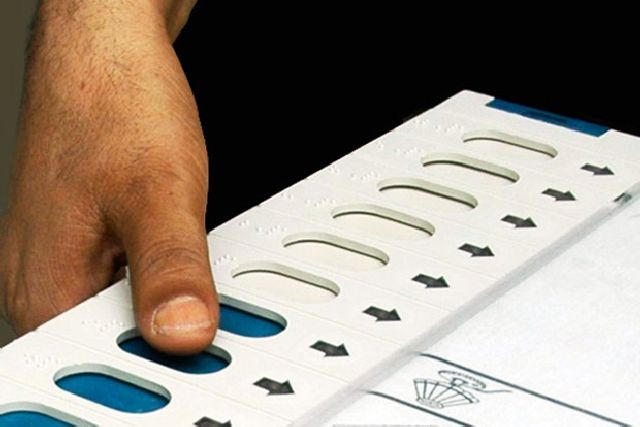 Chennai: Transgenders M. Radha and Bharathi Kannama, who are fighters in their own right, are contesting the Assembly polls in Tamil Nadu to be held on April 6.

Interestingly, there are only 7,246 transgenders enlisted in the voters’ list of Tamil Nadu even though 1 per cent of the 6 crore population in the state are transgenders.

Radha is contesting on a ‘telephone’ symbol from the Mylapore Assembly constituency, while Kannama is in the fray from the Madurai South Assembly seat on a ‘pot’ symbol.

Radha had contested the 2019 Lok Sabha elections, garnering 1,042 votes, and the transgender candidate is expecting more than 10,000 votes from the Mylapore Assembly seat this time.

Radha is of the opinion that contesting the polls will make people understand that not only men and women, but transgenders can also step into the battle arena of electoral politics.

“I am contesting as a candidate of the ordinary people, and not just the transgenders. In the 2019 Lok Sabha elections, I managed to get 1,042 votes. But this time I am expecting around 10,000 votes. As a people’s representative, I will work for the downtrodden and marginalised sections of my constituency with special emphasis on transgenders,” Radha told IANS.

The transgender candidate added, “I am a cook and I want the members of the transgender community to get jobs so that they don’t turn into sex workers or beggars.”

Radha is pitted against T. Velu of DMK, R. Nagarajan of AIADMK and actor-turned-politician Sripirya of the MNM.

Kannama, who had also contested the Lok Sabha elections in 2014, is fighting the elections this time on the ticket of Puthiya Thalaimurai Makkal Katchi (PTMK) or New Generation People’s Party.

Kannama told mediapersons that she wants to highlight the issues faced by the transgender community and that is the reason she is contesting the elections.

Kalki Subramaniam, a transgender activist, artist and poet, told IANS said, “Transgender activists contesting the elections is mere tokenism now. No mainstream political party has provided a ticket to anyone from the transgender community. They can do little but to contest independently as a token representation.”