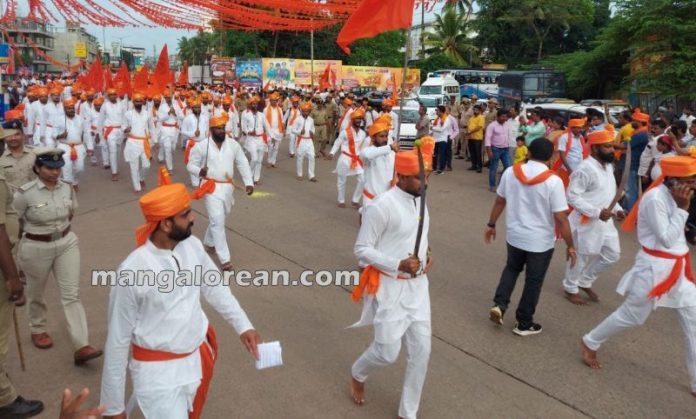 Udupi: Two separate FIRs have been registered in the Udupi Town Police station against the organisers and speakers of the Durga Daud event held in Udupi recently, where the two speakers allegedly made hate speeches and displayed swords during the public rally.

As per the complaint filed by Hussain, on October 3, Hindu Jagarana Vedike organised the Durga Daud programme in the City. A procession was taken from Kadiyali to Udupi City. During the procession, some participants displayed swords and created panic among the public. On the same day, at 6 pm, a public function was organised in a private place near the parking area of Rajangana. Hindu leaders Srikanth Shetty Karkala and Kajal Hindustani had made hate speeches against Muslims.

Based on the complaints, the Udupi town police have registered an FIR and investigation is on.