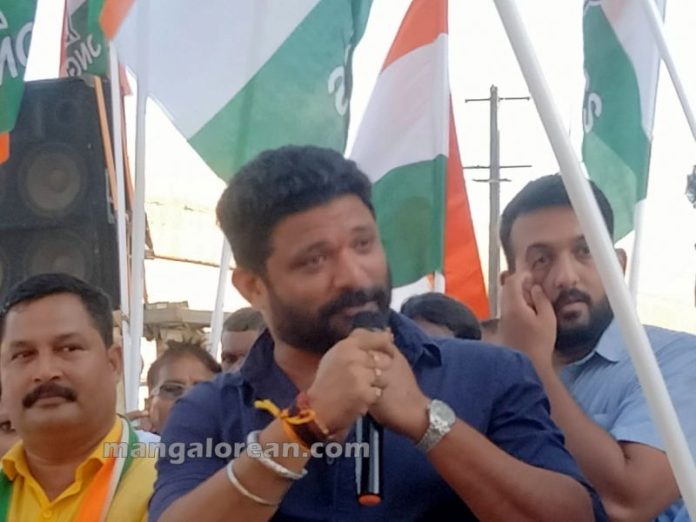 Udupi: “If anyone finds our MP Shobakka by this Navaratri week, kindly send me her photograph and I will reward you with Rs 5K”, said Congress leader and In-charge of Udupi Assembly Constituency Mithun Rai during the protest against Potholes-filled roads in Udupi–Malpe on September 27. 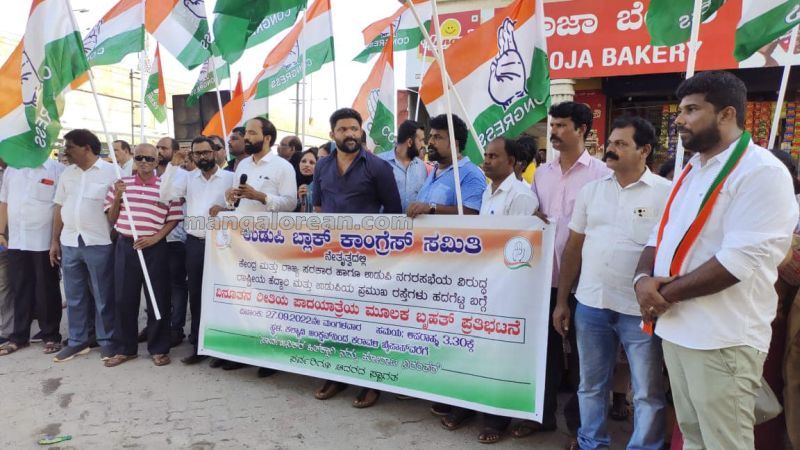 Addressing the protesters Mithun Rai said, “Udupi is blessed with ‘Akka’ and DK with ‘Anna’ unfortunately, both are missing. I will request our Kaup, Brahamavar and Udupi congress activists to search for our Madam Shobha Karandlaje. If she is not found in Udupi before the end of Navaratri, then we will file a missing person’s complaint in every police station”. 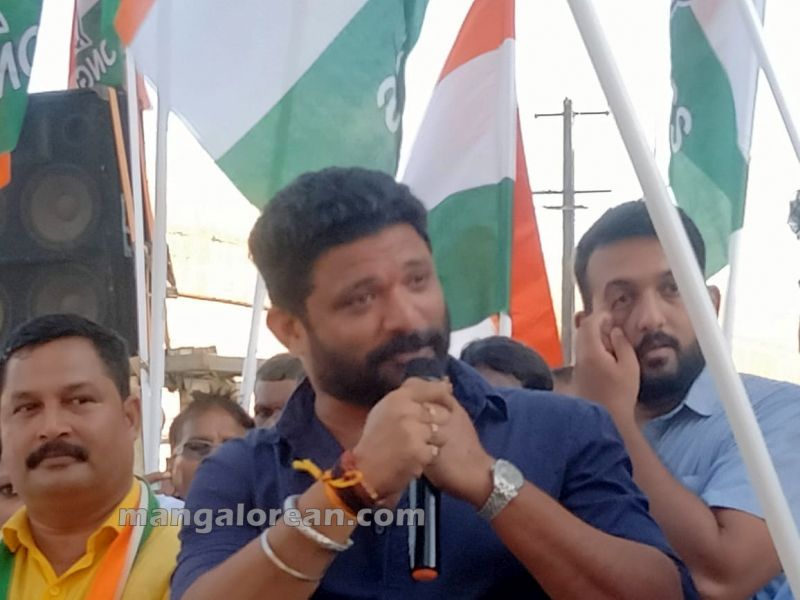 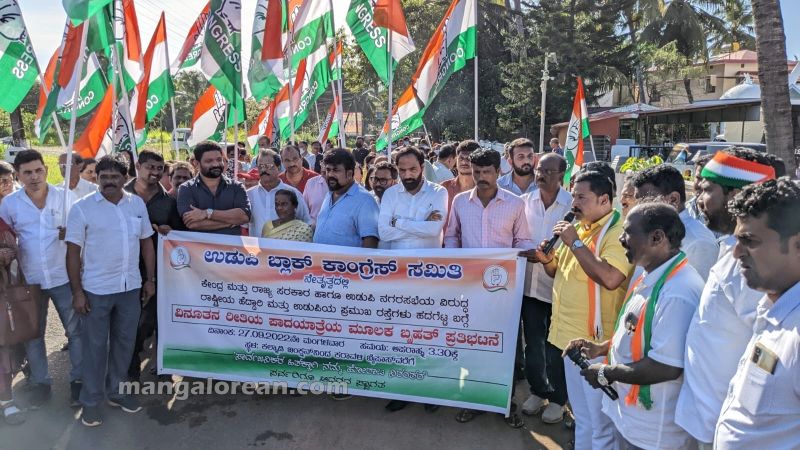 Mithun Rai further said, “Motorists and auto-rickshaw drivers are finding it difficult due to big craters and potholes on the roads. Udupi MLA Raghupathi Bhat flaunts developments everywhere, but in reality, right under his nose, the road in Udupi is in a pathetic condition. Today we have staged a protest against the potholes-filled roads. Our MLA Raghupathi Bhat always says that they are repairing the roads but in reality, they don’t do any repair work, maybe he did not get a 40% commission. Today we used firecrackers and Dolu for the protest to wake up our MLA who is in deep slumber”. Mithun also said, “The Congress party will continue such protests until the roads are repaired. Gandhiji had three monkeys, the same way our Chief minister also has three monkeys like Shobhakka, Sunil Kumar and Raghupathi Bhat. They are always ‘seeing evil’, ‘hearing evil’ and ‘speaking about evil’.