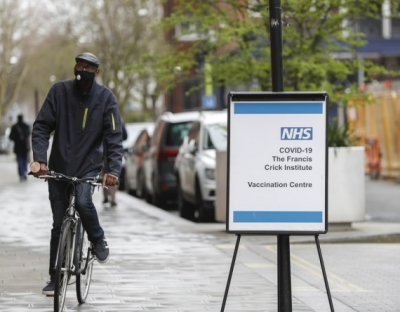 London: Britain has reported another 26,068 coronavirus cases in the latest 24-hour period, the highest since January 29, according to official figures released on Wednesday.

The total number of coronavirus cases in the country now stands at 4,800,907. It was the third consecutive day that Britain has reported more than 20,000 daily cases. A total of 20,479 coronavirus cases were recorded on Tuesday, Xinhua reported.

Speaking in the House of Commons, the lower house of British Parliament, Williamson said that he wanted to see restrictions on schools and colleges, including the bubble system, removed “as quickly as possible along with wider restrictions in society”.

“Further steps will be taken to reduce the number of children who have to self-isolate, including looking at the outcomes of a daily contact testing trial, as we consider a new model for keeping children in schools and colleges,” he said.

The British government is under growing pressure to remove or alter the bubble system after figures showed the number of children off school due to COVID-19 in England is at its highest rate since schools reopened in March after the country’s third national lockdown, according to Sky News.

British Prime Minister Boris Johnson has announced a four-week delay to the final step of England’s roadmap out of COVID-19 restrictions until July 19, amid a surge in cases of the Delta variant first identified in India.