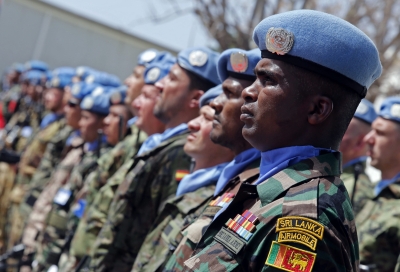 Beirut: The UN Interim Force in Lebanon (UNIFIL) has said that its peacekeepers carried out joint live-fire exercises with the Lebanese Armed Forces in southern Lebanon.

This was the second such exercises in 2022 the two forces have conducted south of the UNIFIL’s headquarters in Naqoura city, according to a statement by the UN mission.

The five-day intense exercises strengthened their equipment use, skills, and camaraderie, the statement said on Monday as quoted by Xinhua news agency report.

Such joint exercises are carried out yearly in line with the Security Council Resolution 1701 adopted in 2006 to reinforce the role of the UNIFIL, according to the statement.

The UNIFIL currently has more than 10,000 military personnel from 46 countries, including the Maritime Task Force, the only naval force in UN peace operations, and nearly 900 civilian national and international staff.