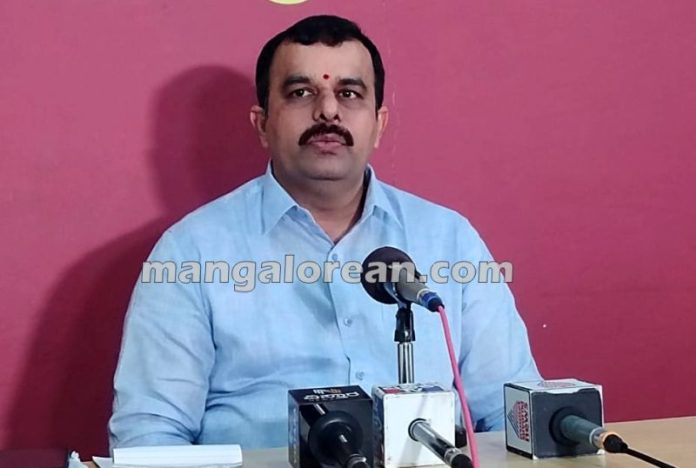 Udupi: “Karnataka will soon start providing farmers with pump sets with solar power, which will reduce the subsidy burden on the department”, said the Energy, Kannada and Culture Minister V Sunil Kumar during ‘Meet the Press’, at Udupi Patrika Bhavan on October 22. 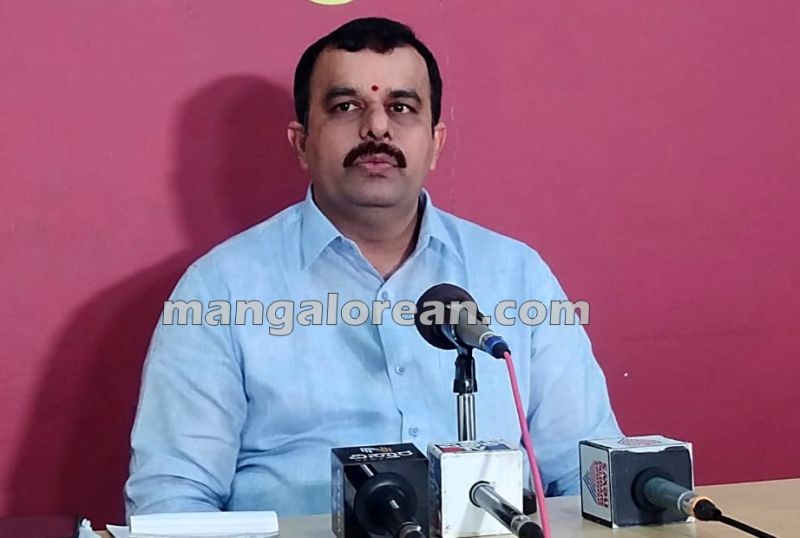 Minister Kumar further said, “We will provide solar power to the feeders so that farmers can use them in their pump sets. The 1,000 MW capacity feeders would ensure quality power supply to farmers. Though farmers were earlier provided with solarised irrigation pump sets, the same was found to be inadequate in places where the groundwater table had drastically reduced. Those pumps were unable to lift water from depths of 800-900 metres. The new system, however, would ensure quality power was supplied to farmers”. 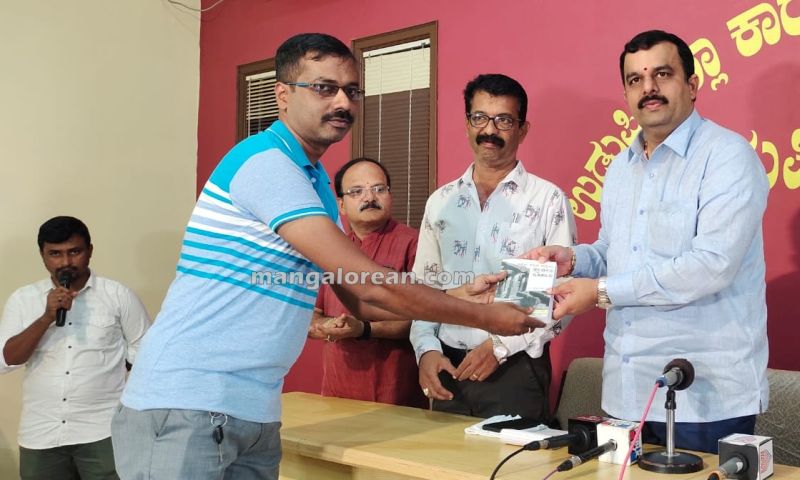 Minister Kumar also said, “The Energy Department was providing more emphasis on transparency in its work. During the 100-day Belaku Scheme, as many as 2.5 lakh houses were energised. More than 200 transformer banks were set up while 210 transformer repair centres were created since he took charge of the department. All employees of electricity supply companies, right from managing directors to linemen, were made to participate in the transformer maintenance campaign. It also has kept up the promise of providing 75 units of power free of cost under the Amrutha Jyothi scheme to the houses of people belonging to Scheduled Castes and Scheduled Tribes”.

To address power issues faster, the Energy Department has proposed to hold ‘Vidyut Adalat’ on the third Saturday of every month. The Department has planned to address all power issues, especially in rural areas, through this monthly ‘Vidyut Adalat’. While the tenders for establishing 1,108 electric vehicle charging stations were finalised, the ESCOMs were holding Vidyuth Adalat every third Saturday to redress electricity-related grievances on the spot, Kumar explained.

Assistant Executive Engineers (AEEs) and other officials of Power Corporations have been asked to visit even the last village in their respective taluks. The officials should take initiatives for resolving power problems and other issues at the spot or the earliest.

Speaking about Kannada and Culture Department, Sunil Kumar said he has taken the initiative of selecting Rajyotsava awardees on the recommendation of the common man. Despite this, the Department has received 28,000 applications seeking the award while 67 people were to be selected. The department would ensure unsung heroes were selected for the awards.