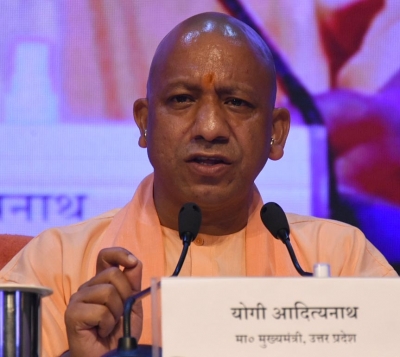 UP CM ramps up efforts to combat rising dengue cases

The Uttar Pradesh government has ramped up efforts to combat dengue in the state by having a dedicated dengue hospital in each district on the lines of Covid-19 hospitals during the pandemic.

Lucknow: The Uttar Pradesh government has ramped up efforts to combat dengue in the state by having a dedicated dengue hospital in each district on the lines of Covid-19 hospitals during the pandemic.

Chief Minister Yogi Adityanath’s directives comes even as the overall count of dengue cases reported in Lucknow this year crossed 1,200 with 44 new cases emerging on Saturday.

The dengue tally in the state has surpassed the 11,000-mark this year.

According to government spokesman, Adityanath has directed that all dengue hospitals smust be equipped with testing and treatment facilities.

“Just as dedicated Covid-19 hospitals, dedicated dengue hospitals should be made operational in each district. Facilities for platelet and dengue testing should be available in every district,” the spokesman said.

There should be availability of doctors and health workers, facilities for investigation and suitable arrangements for treatment, Adityanath said.

He also said that all Ministers should monitor the ground situation, adding that it should be ensured that every patient who arrived in a hospital was given a bed and received proper and timely treatment.

The Chief Minister said that Health, Urban Development, Panchayati Raj and Information Departments should launch a comprehensive awareness campaign so that people could get accurate information regarding the causes, symptoms and prevention of dengue.

He directed officials to increase the number of isolation beds in hospitals depending on the need. He also told the Urban Development and Panchayati Raj Departments to ensure cleanliness and fogging across the state on a regular basis.

In Lucknow, notices were issued to six establishments where mosquito larvae were spotted by health teams.

Yogesh Raghuvanshi, Lucknow’s District Health Education Officer, said, “Many patients under home treatment are also suffering from high fever. They should avoid self-medication and seek advice from doctors through the telemedicine service.”