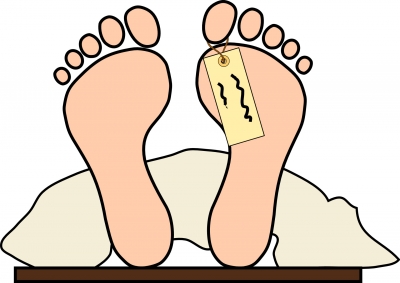 UP farmer dies in shock after crop destroyed

Agra: A farmer in Uttar Pradesh died of a heart attack after watching his wheat crop on his six bigha land completely destroyed by stray cattle in Fatehabad of Agra district.

Fifty-one-year-old Narayan Singh of Badhora village had reportedly borrowed Rs 90,000 and was depending on his crop to repay the debt.

He is survived by three young children, including two unmarried daughters.

According to his family members, Singh used to often spend his time in the fields to protect the crop from stray cattle.

On Monday evening, he came home for dinner and by the time he went back, his entire crop had been trampled upon and destroyed by over 50 stray cattle.

“Singh could not bear the shock and suffered a heart attack,” said the family member.

He was rushed to the hospital where the doctors declared him brought dead.

“Narayan Singh had severe financial difficulties. He was in debt of around Rs 90,000. The family of five, including wife and three children, were all dependent on him. He was unable to bear the crop loss caused by stray cattle and died following a cardiac arrest,” Bhuri Singh, the deceased’s cousin said.

The villagers have appealed to the district administration to provide financial assistance to the family.

“We have received information regarding the death of a farmer by heart attack following crop loss caused by stray animals. A tehsil staff was sent to meet the family and suitable action will be taken on the basis of the report,” Sub-divisional Magistrate (Fatehabad) Amit Kale said.

A year ago, a 32-year-old farmer had committed suicide after stray animals caused large-scale damage to his mustard crop on a rented plot at Nagla Vishnu village under Kheragarh sub-division. He had taken a bank loan of Rs 1 lakh.