Home Agency News UP: Footwear godown gutted after firecracker lands on it 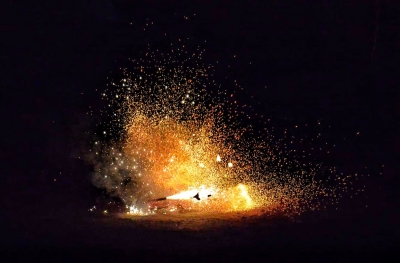 UP: Footwear godown gutted after firecracker lands on it

Agra: A two-storeyed warehouse in the Taj city’s Jagdishpura area caught fire late on Monday night when a burning firecracker fell on it.

A family residing on the first floor of the building was rescued in time.

The footwear godown on the second floor was completely gutted.

According to eyewitnesses, a burning rocket landed on the second floor of the building where some inflammable material had been stored.

A few minutes later, smoke was seen coming out of the building which was then engulfed in flames.

Inspector in-charge Devendra Shankar Pandey said that the fire was brought under control and no loss of life had been reported.