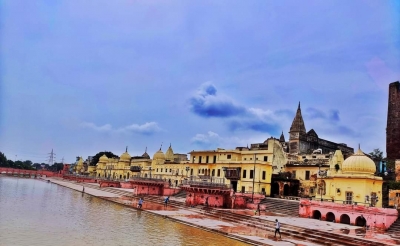 UP: Man booked for collecting money for Ram temple

Moradabad (Uttar Pradesh): A man, posing as president of a right-wing outfit, has been booked for forgery and under the Information Technology (IT) Act for allegedly collecting donations for the construction of Ram Mandir in Ayodhya through social media and door-to-door campaigns.

Talking to reporters, Chauhan said, “As soon as I came to know a man who was collecting funds for the Ram Mandir by posing as the president of a new outfit, I immediately informed the police and lodged an FIR against him. We want to alert the public that they should not donate money to anybody without verification. We demanded immediate arrest of the accused and his aides and strict action against them.”

“We have also learnt from Premveer Singh’s social media posts and donors’ receipts that he belongs to the Vishwa Hindu Mahashakti Sangh. He will be arrested soon,” said the SHO.