Home Agency News UP mulls over ‘realisation curriculum’ in schools 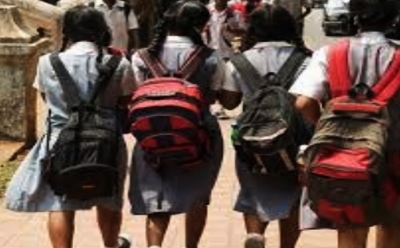 UP mulls over ‘realisation curriculum’ in schools

The ‘happiness curriculum’ is an educational programme for children in grades one to eight in schools run by the Delhi government since July 2018. The objective of the programme is to improve the mental well-being of the students, and it teaches mindfulness, social-emotional learning, critical thinking, problem solving and relationship building.

The District Institute of Education and Training (DIET) in Mathura has sought the permission of the Director General, School Education, Vijay Kiran Anand, to implement the course in 200 primary and upper primary schools in the district.

Shravan Kumar Shukla, a government school teacher in Gorakhpur, who was a core member of the team which developed the happiness curriculum in Delhi, has been approached by the DIET authorities for support.

Shukla said the purpose to launch the curriculum in Uttar Pradesh is to support students in their journey to sustainable happiness through engagement in meaningful and reflective stories and activities.

In his letter, DIET principal Mahendra Kumar Singh has said that at a time when the government has launched ‘Mission Prerna’, a campaign that focuses on foundational literacy and numeracy, introducing a ‘realisation curriculum’ will help inculcate human values in children.

Meanwhile, Vijay Karan Anand said that he is yet to check the status of the proposal.

Apparently, government officials are wary of terming the curriculum as happiness curriculum for obvious political reasons since the UP government does not wish to be seen emulating the AAP government in Delhi.