Home Agency News UP should tell how many ministers have ‘legitimate, illegitimate’ child: Khurshid 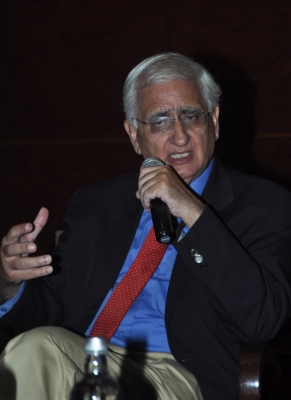 UP should tell how many ministers have ‘legitimate, illegitimate’ child: Khurshid

While other opposition parties have termed it as an election gimmick, commenting on the draft bill Khurshid said the state government should share how many “legitimate and illegitimate children” its ministers have.

The Yogi government in Uttar Pradesh has unveiled its new policy on population control for 2021-30 on the occasion of the World Population Day on July 11.

The Chief Minister has called for a community-centric approach to population control so that better facilities may be made available to the people and the state can be developed properly.

“Poverty and illiteracy are major factors for population explosion. There is also a lack of awareness about population in certain communities and we therefore need community-centric awareness efforts,” he said.

According to a government spokesmen, the state’s total fertility rate is 2.7 per cent currently whereas it should ideally be less than 2.1 per cent.